In My Mailbox XII

This was started by the fabulous Kristi who was inspired by Alea. If you want more information check out her blog. All summaries are from the book jackets.

Season of Secrets - Sally Nicholls
On a wild and stormy night Molly runs away from her grandparents’ house. Her dad has sent her to live there until he Sorts Things Out at home.
In the howling darkness, Molly sees a desperate figure running for his life from a terrifying ,midnight hunt. He has come to help her. But why? And who is he?
Season of Secrets weaves the tale of a heartbroken child and an age-old legend into a haunting story of love, healing and strange magic.
I loved her first novel Ways to Live Forever so when Dad offered to buy me a book instead of an Easter egg I chose this. 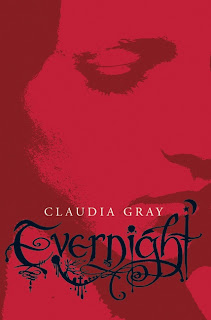 Evernight - Claudia Gray
Bianca wants to escape.
At the eerily gothic Evernight Academy, the other students are sleek, smart, and almost predatory. Bianca knows she doesn’t fit in.
When she meets handsome, brooding Lucas, he warns her to be careful - even when it comes to caring about him. But the connection between them can’t be denied. Bianca will risk anything to be with Lucas, but dark secrets are fated to tear them apart…and to make Bianca question everything she’s ever believed.
I can’t wait to read this. It looks so good and the cover is very pretty. 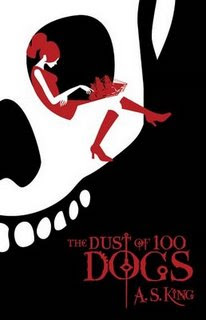 The Dust of 100 Dogs - A.S. King
In the late seventeenth century, famed teenage pirate Emer Morrisey was on the cusp of escaping pirate life with her one true love and unfathomable riches when she was slain and cursed with the dust of one hundred dogs, dooming her to one hundred lives of a dog before returning to a human body - with her memories intact.
Now she’s a contemporary American teenager and all she needs is a shovel and a ride to Jamaica.
I wasn’t sure I’d like this when I first heard about it but I’ve read such amazing views that I thought I’d give it a try.

Poison Study - Maria V. Snyder
Choose:
A quick death
Or slow poison…
Yelena has a choice - be executed for murder, or become food taster to the Commander of Ixia. She leaps at the chance for survival, but her relief may be short-lived.
Life in the palace is full of hazards and secrets. Wily and smart, Yelena must learn to identify poisons before they kill her, recognise whom she can trust and how to spy on those she can’t. and who is the mysterious Southern sorceress who can reach into her head?
When Yelena realises she has extraordinary magical powers of her own, she faces a whole new problem, for using magic in Ixia is punishable by death…
This book is one that I kept seeing in Waterstone's all the time and never buying so I decided to break that and get it.

Gone - Michael Grant
‘One minute the teacher was there, the next, he was gone. There. Gone.’
In the blink of an eye all the adults disappear in a small town in southern California and no one knows why. First a car crash; a house up in flames; then a complete communication breakdown…
Suddenly cut off from the outside world, those that are left are trapped, and there’s no help on the way. They must do all they can to survive. Chaos rules the streets. Gangs begin to form. Sides are chosen - strong or weak. Cruel or humane.
A new world order is rising, and, even scarier, some survivors have power - power that no one has ever seen before…
I don’t usually buy hardbacks. But this is everywhere, it was taunting me. And Amazon were selling it for £6.49, which is cheaper than a paperback over here, so I couldn’t not get it could I?
I had a really great week this week and I can’t wait to get started on these lovely books!
Sophie
Posted by So Many Books, So Little Time at 11:49
Email ThisBlogThis!Share to TwitterShare to FacebookShare to Pinterest