Books I Couldn't Finish (14): The Girl on the Train, Good Me Bad Me & My Cousin Rachel

I used to finish every book I started, whether I was enjoying it or not. But life is short. I’ve realised that I don’t have time for books I’m not fully involved in any longer so if I don’t like something or don’t connect with it as much as I want to, I’ll put it aside. It still makes me feel guilty though, especially if I received them for review so I still want to talk about them, explain why I didn’t like them. Here are the most recent books I DNF-ed.

The Girl on the Train, Paula Hawkins
This is one of the most hyped books of the last few years and I eventually caved in to the pressure, but I was totally unmoved by it. I was so surprised by how slow this was. SO SLOW. I got so frustrated that I ended up Googling what happened so I could DNF it and be done. Whoops. I really, really wanted to like this and buy in to the hype, mostly so I could watch the film, but I think I'll just watch the film instead.

Good Me, Bad Me, Ali Land
After reading and loving CJ Skuse’s Sweetpea I was desperate for something similar, and sadly this wasn’t. I was suitably horrified by the things going on, but I also felt no compulsion to keep reading or really find out what had happened and what was going to happen. Maybe I would have enjoyed it more if I hadn’t just finished something I really, really loved.

My Cousin Rachel, Daphne du Maurier
I am officially gutted that I didn’t fall in love with this. I picked it up so I could see the movie, but i just never found myself wanting to get back to the audiobook - I was perfectly happy to do my chores and walk around town without it. That for me is a sign that my audiobook just isn’t working. I’ll be giving this another go when Autumn hits and prime du Maurier weather is back again.

Sophie
Posted by So Many Books, So Little Time at 08:30 22 comments:
Email ThisBlogThis!Share to TwitterShare to FacebookShare to Pinterest 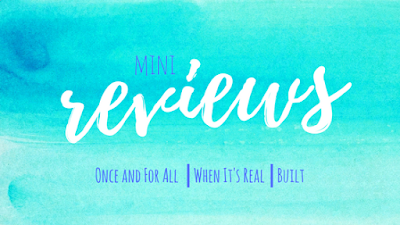 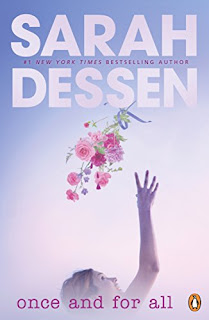 Synopsis
As bubbly as champagne and delectable as wedding cake, Once and for All, is set in the world of wedding planning, where crises are routine.

Louna spends her summers helping brides plan their perfect day and handling every kind of crises: missing brides, scene-stealing bridesmaids and controlling grooms. Not surprising then, that she's deeply cynical about happy-ever-afters, especially since her own first love ended in tragedy.

When handsome girl magnet Ambrose enters her life, Louna won't take him seriously. But Ambrose hates not getting what he wants and Louna is the girl he's been waiting for.

Maybe it's not too late for a happy ending after all?

Mini Review
Sarah Dessen is my hero and that’s definitely not a secret.

Once and For All has everything I’ve come to love and expect from a Sarah Dessen novel, but it also had that extra feeling that made it feel like my favourite of her novels. Even when I wasn’t reading this my mind was in Lakeview and wanting to dive back into Louna and Ambrose’s story. I fell head over heels for them. If you’ve still not read anything by the Queen, seriously, do yourself a favour. 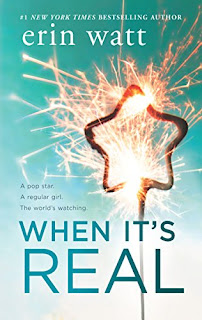 There's nothing ordinary about Oakley. This bad-boy pop star's got Grammy Awards, millions of fangirls and a reputation as a restless, too-charming troublemaker. But with his home life disintegrating, his music well suddenly running dry and the tabloids having a field day over his outrageous exploits, Oakley needs to show the world he's settling down–and who better to help him than Vaughn, a part-time waitress trying to help her family get by? The very definition of ordinary.

Posing as his girlfriend, Vaughn will overhaul Oakley's image from troublemaker to serious artist. In return for enough money to put her brothers through college, she can endure outlandish Hollywood parties and carefully orchestrated Twitter exchanges. She'll fool the paparazzi and the groupies. She might even start fooling herself a little.

Because when ordinary rules no longer apply, there's no telling what your heart will do…

Mini Review
I’m a huge fan of Erin Watt’s Royals trilogy so I pre-ordered this beauty as soon as I knew it was a thing and i gobbled it right up.

I did the whole, ‘I’ll read a chapter or two before bed’ and ended up reading 75% of the book! Then I finished it before i got out of bed the next morning. It is THE perfect weekend reading and I loved it. Sweet, sassy, funny and completely swoony - I really enjoyed it. I’m so glad there’s only a few months until Erin Watts’ new book. Bring. It. On. 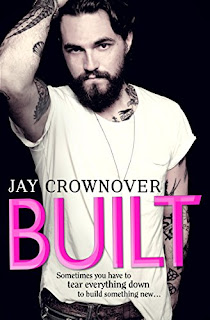 Sayer Cole is frozen inside. At least, that’s what it’s felt like for as long as she can remember. She’s yet to let anyone past her icy exterior – and the one guy she thinks might melt her heart couldn’t possibly be interested in someone so uptight.

Rough, hard and hot-as-hell, Zeb Fuller has rebuilt his life and his construction business since protecting his family sent him to jail all those years ago. His elegant client, Sayer, makes him feel like a Neanderthal in denim, but despite the many hints that he’s been dropping to get to know her better, she seems oblivious to his charms.

Just as things finally start to heat up, Zeb’s past comes back to haunt him and he needs Sayer’s professional help to right a wrong and to save more than himself. As these opposites dig in for the fight of their lives, fire and ice collide in an unstoppable explosion of steam…

Mini Review
Jay Crownover’s Marked Men series is light, fun and easy to read and that’s exactly what you get with this new spin-off series. But sexy and swoony with tough topics woven through the middle wasn’t quite enough this time. It was fine, but I had very little attachment to the characters themselves. It just didn’t do it for me, unfortunately.

I do have book two in the Saints of Denver series so I may pick it up and hope it gets better - we’ll see!

Sophie
Posted by So Many Books, So Little Time at 08:30 26 comments:
Email ThisBlogThis!Share to TwitterShare to FacebookShare to Pinterest
Newer Posts Older Posts Home
Subscribe to: Posts (Atom)