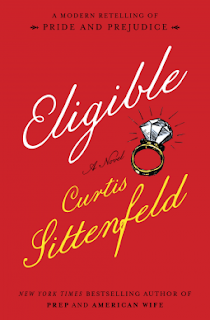 This version of the Bennett family – and Mr Darcy - is one that you have and haven’t met before: Liz is a magazine editor in her late thirties who, like her yoga instructor older sister, Jane, lives in New York City. When their father has a health scare, they return to their childhood home in Cincinnati to help – and discover that the sprawling Tudor they grew up in is crumbling and the family is in disarray.

Younger sisters Kitty and Lydia are too busy with their CrossFit workouts and Paleo diets to get jobs. Mary, the middle sister, is earning her third online master’s degree and barely leaves her room, except for those mysterious Tuesday night outings she won't discuss. And Mrs Bennett has one thing on her mind: how to marry off her daughters, especially as Jane’s fortieth birthday fast approaches.

Enter Chip Bingley, a handsome new-in-town doctor who recently appeared on the juggernaut reality TV dating show Eligible. At a Fourth of July barbecue, Chip takes an immediate interest in Jane, but Chip’s friend neurosurgeon Fitzwilliam Darcy reveals himself to Liz to be much less charming.

And yet, first impressions can be deceiving.

How excited am I to read this? SO EXCITED. Thanks NetGalley and Random House! 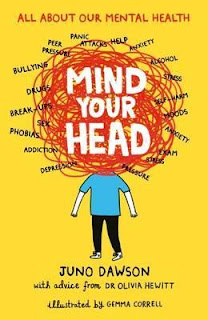 Have you noticed how it's easier to talk about some medical problems than others?

Perhaps the hardest of all to talk about are mental illnesses – but we’ve all got a mind, so we’ve all got mental health. Can any of us say we haven’t been stressed, sad, anxious, angry, tired and emotional?

In this clear and informative guide to young people’s mental health, Juno Dawson, author of This Book is Gay, and clinical psychologist Dr Olivia Hewitt discuss a range of issues – whether fleeting or long-term – and how to manage them.

With witty illustrations from Gemma Correll, Juno and Dr Olivia cover topics from anxiety and depression to addiction, self-harm and personality disorders, with dozens of life stories from people just like you, who are living with mental illness.

Thank you so much Hot Key! 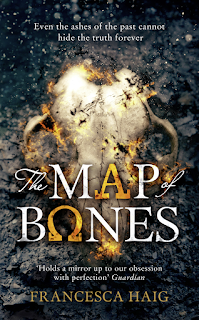 The Omega resistance has been brutally attacked, its members dead or in hiding. The Alpha Council’s plan for permanently containing the Omegas has begun.

But all is not entirely lost: the Council’s seer, The Confessor, is dead, killed by her twin’s sacrifice.

Cass is left haunted by visions of the past, while her brother Zach’s cruelty and obsession pushes her to the edge, and threatens to destroy everything she hopes for.

As the country moves closer to all-out civil war, Cass will learn that to change the future she will need to uncover the past. But nothing can prepare her for what she discovers: a deeply buried secret that raises the stakes higher than ever before.

SO looking forward to this! Thanks Harper Voyager! 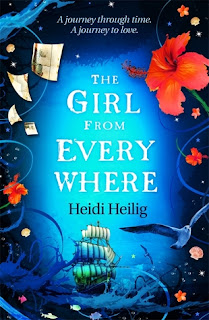 It was the kind of August day that hinted at monsoons, and the year was 1774, though not for very much longer.

Nix Song is a time-traveller. She and her father use maps to navigate not just the globe but time itself. Their glorious old pirate ship, manned by a rag-tag crew of time-refugees, is stuffed with treasures both typical and mythical and takes them wherever their hearts desire.

But for all the adventure such a life holds, there is danger too. A danger that threatens Nix’s very existence. And when fate and a very particular map take Nix back to her origins, everything she knows is thrown into jeopardy. Including, perhaps, the path to the love of her life…

Lush, thrilling, and exquisitely romantic, The Girl From Everywhere will simply sweep you away.

I wasn’t completely sold on this until Jim from YA Yeah Yeah couldn’t stop praising it, and then it arrived in a completely gorgeous package the next morning. Thanks Hot Key! 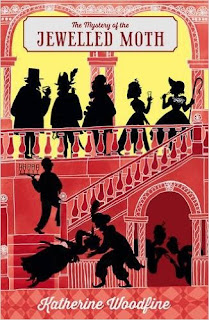 The Mystery of the Jewelled Moth, Katherine Woodfine (paperback)

Wonder at the puzzling disappearance of the Jewelled Moth! Marvel as out heroines, Sophie and Lil, don cunning disguises, mingle in high society and munch many cucumber sandwiches to solve this curious case!

Applaud this bravery as they follow a trail of terrible secrets that leads straight to London’s most dangerous criminal mastermind, and could put their own lives at risk…

It will be the most thrilling event of the season!

So pleased this arrived! Thanks Egmont!