Today I'm really excited to welcome Tom Ellen and Lucy Ivison to the blog to celebrate the release of their second novel, Never Evers, with their Top 6 Books Written in Collaboration.

1. Red Dwarf - Grant Naylor. One of the first books I remember reading, and really getting into. I had no idea it was a collaborative effort at first (it's co-authored by Rob Grant & Doug Naylor). The way it's written is totally seamless. And very, very funny.

2. Diary Of A Nobody - George & Weedon Grossmith. Written by two brothers in 1892, this is genuinely one of the funniest books I've ever read. It's about a Victorian bloke called Lupin Pooter - a sort of older, proto-Adrian Mole figure - who decides to record the tedious minutae of his life in a diary. It's basically a series of incidents in which Pooter tells terrible jokes, makes vastly inappropriate comments in polite company and generally embarrasses himself in hilarious fashion.

3. Q - Luther Blissett. This book's written by several anonymous Italian authors, who inexplicably took the shared pseudonym of a 1980s English footballer (Luther Blissett). It's a brilliant book about a religious rebel fighting his way through the bloodiest periods of the Reformation, and, again, you'd never guess it was written by more than one person. If you're into Game of Thrones, give it a go...

4. Nick and Norah’s Infinite Playlist - Rachel Cohn & David Levithan. Romantic and indie-cool. It's really funny, and really hard to put down. Both voices are so well done, and the way it throws you straight into the action - midway through Nick's gig - is brilliant.

5. Waiting For Callback – Perdita & Honor Cargill. I was lucky enough to be sent a proof of this (it's out at the end of January). It's written by a mother-daughter team, and it's BRILLIANT. You can really tell that an actual, real live teenager wrote the dialogue because it rings so true. Kind of Geek Girl-meets-show business. It's EXACTLY what I would have wanted to read when I was 12.

6. Will Grayson, Will Grayson - John Green & David Levithan. Another amazing David Levithan collaboration. All the American YA authors seem to have this thing where they're constantly writing books with each other, which I really think us Brit YA writers should get into too! 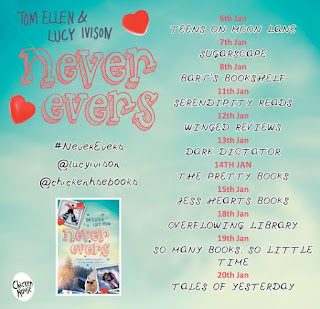