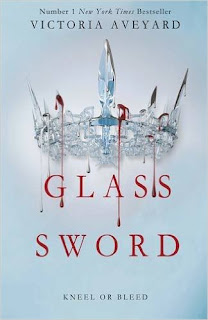 If there’s one thing Mare Barrow knows, it's that she’s different.

Mare’s blood is red – the colour of common folk – but her Silver ability, the power to control lightning, has turned her into a weapon that the royal court tries to control.

The crown calls her an impossibility, a fake, but as she makes her escape from the prince and friend who have betrayed her, Mare uncovers something startling: she is not the only one of her kind.

Pursued by the Silver king, Mare sets out to find and recruit other Red and Silver fighters to join in the struggle against her suppressors.

But Mare finds herself on a deadly path, at risk of becoming exactly the kind of monster she is trying to defeat. Will she shatter under the weight of the lives that are the cost of the rebellion? Or have treachery and betrayal hardened her forever?

SO EXCITED! Thanks Orion and NetGalley! 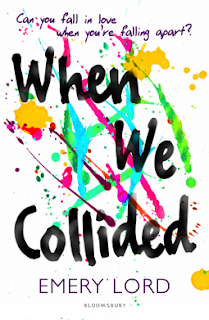 When We Collided, Emery Lord (e-proof)

Seventeen year old Jonah Davies has lived in Verona Cove, California, his whole life, and only one thing has ever changed: his father used to be alive, and now he's not. Jonah must numbly take care of his family as they reel from their tragedy. Cue next change: Vivi Alexander, new girl in town.

Vivi is in love with life. A gorgeous and unfiltered hurricane of thoughts and feelings. She seems like she's from another planet as she transforms Jonah’s family and changed his life. But there are always consequences when worlds collide.

A fierce and beautiful love story with a difference, When We Collided will thrill fans of All the Bright Places and I’ll Give You the Sun.

I fell head over heels in love with Emery Lord’s books last year so I’m beside myself with excitement about this. Thank you Bloomsbury!! 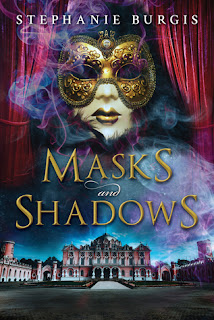 The year is 1779, and Carlo Morelli, the world renowned castrato singer in Europe, has been invited as an honoured guest to Eszterháza Palace. With Carlo in Prince Nikolaus Esterházy’s carriage, ride like a Prussian spy and one of the most notorious alchemists in the Habsburg Empire. Already at Eszterháza is Charlotte von Steinbeck, the very proper sister of Prince Nikolaus’s mistress. Charlotte has retreated to the countryside to mourn her husband’s death. Now, she must overcome the ingrained rules of her society in order to uncover the dangerous secrets lurking within the palace’s golden walls. Music, magic, and blackmail mingle in a plot to assassinate the Habsburg Emperor and Empress – a plot that can only be stopped if Carlo and Charlotte can see through the masks worn by everyone they meet.

Yay! I love Stephanie Burgis’ Regency MG trilogy so I’m excited to dive into this. Thanks Pyr and Edelweiss! 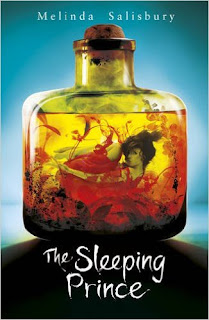 Errin knows the old story well: the Sleeping Prince, who rises from his slumber every hundred years to wreak horror and bloodshed. She just never imagined he was real.

YAY! This book is ridiculously beautiful. Thanks Scholastic and Faye Rogers PR! 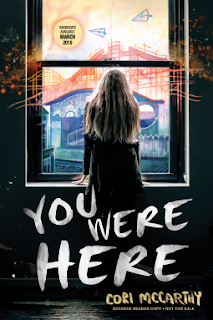 You Were Here, Cori McCarthy (e-proof)

Jaycee is about to accomplish what her older brother Jack couldn’t: live past graduation.

Jaycee is dealing with her brother’s death the only way she can – by recreating Jacke’s daredevil stunts. The ones that got him killed. She's not crazy, okay? She just doesn’t have a whole lot of respect for staying alive.

Jaycee doesn’t expect to have help on her insane quest to remember Jake. But she's joined by a group of unlikely friends – all with their own reasons for completing the dares and their own brand of dysfunction: the uptight, ex-best friend; the heartbroken poet; the slacker with Peter Pan syndrome; and…Mik. He doesn’t talk, but somehow still challenges Jayce to do the unthinkable – reveal parts of herself that she buried with her brother.

Cori McCarthy’s gripping narrative defies expectation moving seamlessly from prose to graphic novel panes and word art poetry. From the petrifying ruins of an insane asylum to the skeletal remains of the world’s largest amusement park. You Were Here takes you on an unforgettable journey of friendship, heartbreak, and inevitable change.

This sounds like my kind of contemporary, but what really made me request it was the inclusion of graphic novels panes and word art poetry. EXCITEMENT. Thanks NetGalley and Sourcebooks Fire!