Out and About: Jack the Ripper Walking Tour 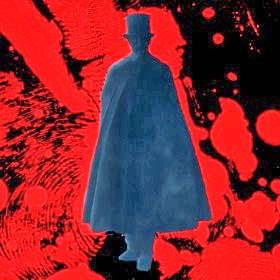 What was it?
A Celebrity Planet walking tour of the sites where Jack the Ripper murdered four prostitutes in 1888, detailing the victims, the crimes, the suspects and the theories. It lasted two hours and there was a group of about thirty people.

There are tonnes of these tours, all led by different companies. We chose this one as my little sister spotted a deal for it on Wowcher and thought it might be something different. There was a choice between Friday and Saturday nights, starting at either 7pm or 8:30pm.

The Tour
The success of things like these often begins and ends with the tour guide. We had a lovely chap called George leading our tour and he was brilliant. He knew his stuff and was genuinely interested in the theories, conspiracies and the identity of Jack the Ripper and it came through as he talked us through everything. There was no trace of him reciting a speech or spouting a bunch of facts. He was really encouraging of questions, and promised that no question could be stupid or silly, and he managed to answer everything our group threw at him. I really enjoyed how he added in extra comments and views, plus a favourite ghost story of his that is completely unrelated to Jack the Ripper about a pub we passed on the tour.

George began the tour at St Boltoph without Aldgate church where he gave us lots of context about London, particularly Whitechapel where the murders took place, in late 1888. Drawing the atmosphere of a dark, foggy, deviant London where the poor were poor and awash with dirt, disease and desperation really set the scene. We began there with Jack the Ripper’s fourth victim, Catherine Eddowes. We were walked through the run up to the murder, the act itself and the aftermath.

The stories of the murders were told out of order, presumably to accommodate a logical walking route, but they felt seamlessly connected and the story behind Jack the Ripper was built with each instalment of the story and stop on the tour; complete with wacky Royal conspiracies, tales of devious reporters, sketchy police and all the gory details.

I learnt a lot about something I knew very little. It was a fantastic tour and a thoroughly enjoyable evening. I think things like this would be a brilliant way for kids to take a keen interest in history and I plan to keep an eye out for more opportunities like this.

Overall Opinion
This was £12 well spent! It was interesting, engaging and a really fun, if cold, way to spend a Saturday evening. However, I really wouldn’t recommend it if you’d previously spent six hours standing at a gig at Wembley and spent the day shopping in London. We both had very hurty feet and legs by the time we finally got home...

Disclaimer: I wasn't in any way encouraged, paid or asked by Celebrity Planet to review this tour. This is entirely from my own want to share and recommend the experience.