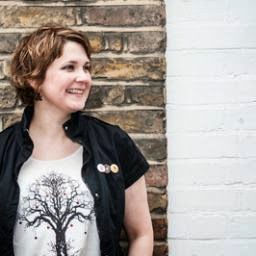 The lovely Non Pratt released her debut novel a few weeks ago, and what a debut it is! Trouble, published by Walker, is fresh, original and utterly wonderful and I’m really excited to have Non on the blog to answer a few questions.

1. Do you think that the spiteful reactions of Hannah’s ‘friends’ and classmates are common ones?
I honestly don’t know whether the reaction to the news that Hannah is pregnant is representative of real life...but something that I do think is a feature of every single school is the arbitrary cool/not cool divide and that it depends which camp you fall into as to how your actions are perceived. Two people – one ‘cool’ one ‘not’ – can do exactly the same thing and provoke a polar opposite response in the people around them. In Hannah’s situation, she is vilified for becoming pregnant, as if she’s been asking for it...had one of the popular characters been in the same position, I would have written her friends as begin fascinated by her change in circumstance, the school taking bets on the name of the baby and not the identity of the father. (A book I read that really hit home on the subject of how hard it is to cross the cool/not cool boundary is Leila Sales’ This Song Will Save Your Life.) 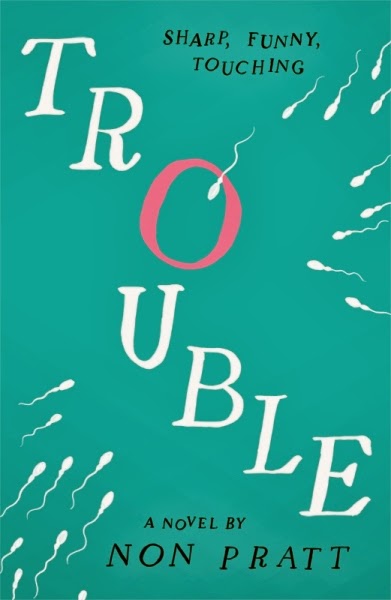 2. What was your favourite scene to write?
All of them? I love everything from writing bitchy dialogue-based confrontation to more harrowing retrospectives – in particular I enjoyed scenes where I got to spend time with Neville, Aaron’s elderly friend from the residential home, who is, unashamedly, my favourite character. But probably, my favourite scene to write was the one in which Aaron gets drunk. It turns out that writing a drunk character is a lot like being drunk yourself without the potential for humiliation or the headaches in the morning.

3. You tackled lots of sensitive themes (loss, grief, absent parents, teen pregnancy) subtly and respectfully. Did you set out to explore them in Hannah and Aaron’s story or was it just a part of it from the beginning?
(Thank you for saying so – I have acute anxiety about how I’ve tackled some of these themes.) Everything that relates to Hannah’s storyline was set from the start, but Aaron’s o the other hand...let’s just say that beyond his role in Hannah’s story, and his friendship with Neville, Aaron’s backstory started out as  “mysterious past” written on a Post-It note. I just sort of carried on typing until I couldn’t avoid it any longer! I was about a third of the way into the book before I saw an advert on the Underground that settled it for me.*

5. Current TV obsession?
Brooklyn Nine Nine – I cannot believe how much I love this show. The characters are so perfect that I can’t decide which I like best. It’s a brilliant take on a ‘cop’ show set up and I’ve watched every single episode aired three times already. 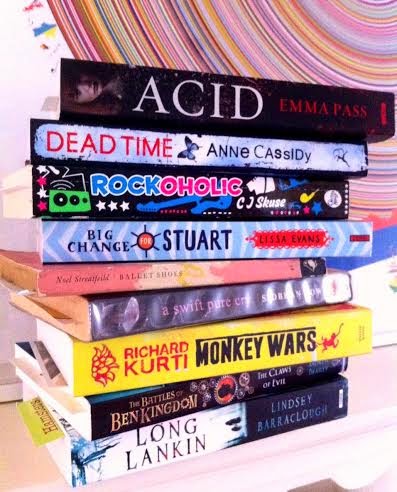 6. Current read?
Working as an editor has RUINED my reading habits. I am a disgustingly promiscuous reader and have a book on the go in every room. Here is a picture of all the ones that currently have a bookmark in. (This is in no way a reflection of the books, all of which I can remember exactly what scene I last read – when I’m not enjoying a book, I remove the bookmark!)

*This is a lesson in how not to write a book – I wrote and rewrote all scenes pertaining to Aaron’s backstory so many times that at one point I was charging  up and down the kitchen shouting “Does this even make sense?!” at the cat. He did not give me an answer.

Thanks so much Non! I really think you should all go out at least three copies of Trouble: one for you, one for your bestie and one for your sister.