From Page to Screen: The Book Thief 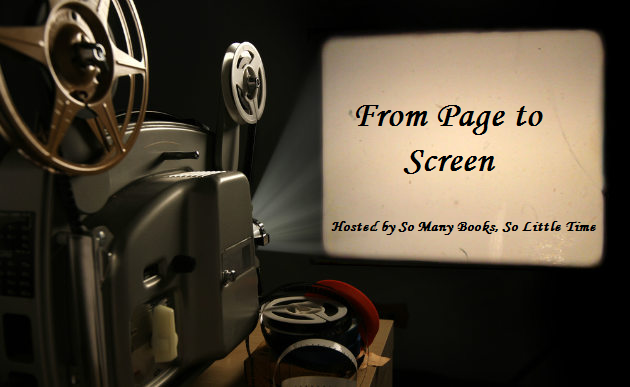 THE BOOK THIEF
Adapted from The Book Thief by Markus Zusak (Picador, 2005) 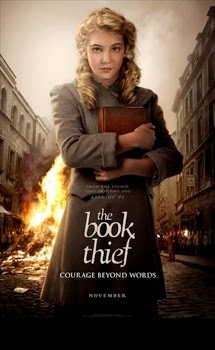 What’s it about?
While subjected to the horrors of World War II Germany, young Liesel finds solace by stealing books and sharing them with others. Under the stairs of her home, a Jewish refugee is being sheltered by her parents.

How does it hold up?
I read the book a few months ago waiting to be blown away with an emotional punch in the face, but I was disappointed. Although I got choked up once or twice there was none of the sobbing I had been warned would occur. I kind of hoped the film would deliver what I had missed in the novel, but sadly not. 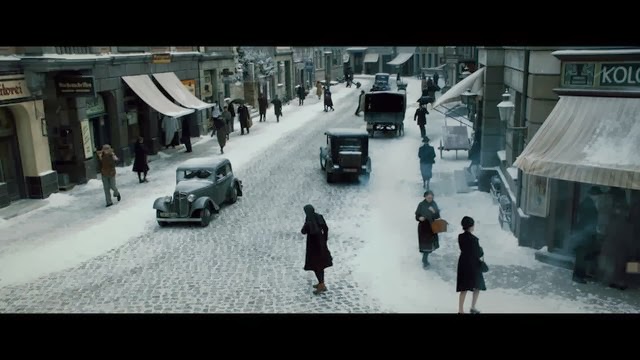 The setting and the environment for Liesel’s story was perfectly depicted. The snow, the broken-down-ness of everything, the poverty, the fear; everything was reflected in Heaven Street. Although I’ve never been to Germany and I don’t think I’ve seen my images of the ordinary places of the country affected by the war, that’s how I would have expected it to look. The way that the air raids and the last scenes of film were shown on Heaven Street were particularly evocative without being too much.

There were a few features of the book that I really liked that took on a more impressive significance in the adaptation, such as seeing the books burn at the rally where Liesel steals her second book. In a book, you can almost choose whether you want to picture it or not, but you don’t have a choice when you’re watching a film and it was actually rather painful. It’s horrifying in the actual event and the meaning behind it, especially paired with the speech that was given by the Nazi as they burned. The speech was given in German with subtitles, as had some of the speech at the very beginning of the film. I was really pleased to hear phrases and words of German that were a strong presence in the novel show up in The Book Thief. It tied it closer to the surroundings of the story and to the novel itself, I think. There were no subtitles used either which added to the natural effect of their use. 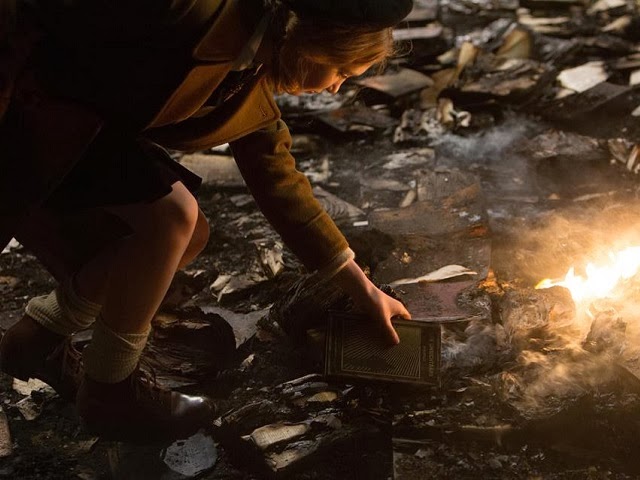 As in the novel, my favourite character was Max. Ben Schnetzer played him perfectly, and he actually reminds me physically of Ezra Miller a little. His friendship with Liesel was touching and easily my favourite aspect of both forms of this story, especially when Liesel brought the outside world down into the basement for him to experience. The snowball fight was my favourite scene in the film, and the lightest. I was a big fan of the basement in general, actually; especially the dictionary chalked on the walls. I don’t remember that from the novel, but I loved it. Such a vivid and lovely way to demonstrate Liesel’s growth as a reader, a writer and a person. 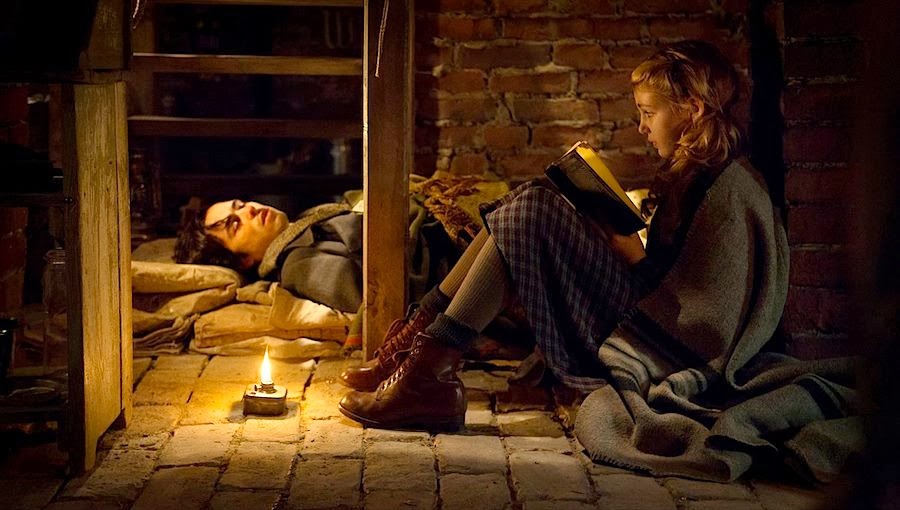 I enjoyed Liesel’s interactions with Rudy too, but I don’t think there were enough of them and that they were strong enough to make the audience feel the impact of what was coming. There’s so much potential for such a powerful thread and I think it was thrown away slightly; only Rudy diving after Max’s book really connected them for me. I also feel that Death’s narration didn’t really make as strong an impact as it did in the novel until the very end. It’s an original and unique idea that sold the novel for me and it could have carried the movie in a much more intense way than it did. Though I do think that Roger Allam who voiced Death was perfect for the role; he has a strong, solid voice that was perfect for the narrator.

Geoffrey Rush was also wonderful in his role. Hans Huberman is a brilliant character full stop and one of the few characters I genuinely like and care for in this story and Rush did him full justice. I loved the way Hans interacted with Liesel and Rush has brilliant chemistry with Emily Watson (Rosa) and Sophie Nélisse (Leisel). He really is a fantastic actor. 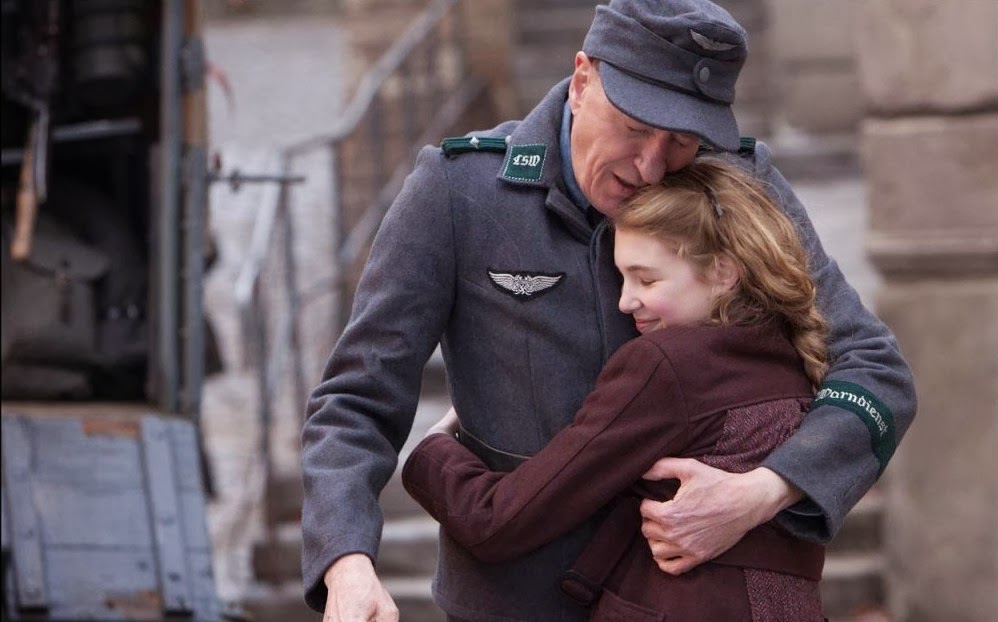 So there you are, my very mixed feelings about The Book Thief. If you’re a fan of the novel, you’re either going to love it or hate it, and if you’re interested in the Second World War, the look at German life for the every man will interest you, but sadly, it didn’t quite do it for me.

Book or film?
I have to admit that I’m really not bothered by either of them. I’m glad I’ve read it and I’m glad I’ve seen the adaptation, but I doubt I’ll do either again. It’s a shame, actually.