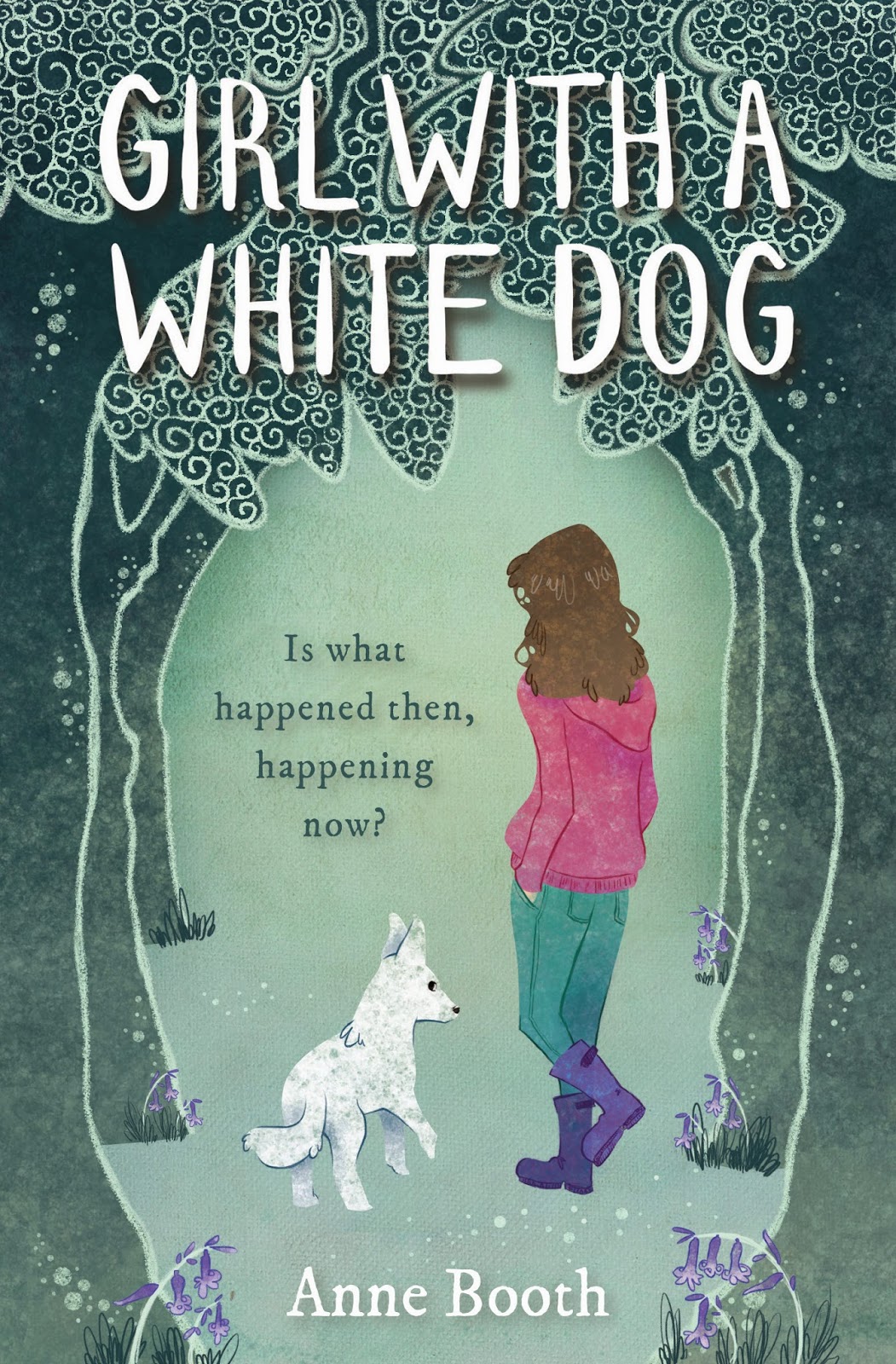 Jessie is excited when her gran gets a white Alsatian puppy, but with Snowy’s arrival a mystery starts to unfold.

As Jessie learns about Nazi Germany at school, past and present begin to slot together and she uncovers something long-buried, troubling and somehow linked to another girl and another white dog...

Lots of people in my Twitter feed, namely a certain Jim from YA Yeah Yeah, have been raving about Girl with a White Dog for weeks and my curiosity eventually got the better of me.

I had sort of forgotten what Girl with a White Dog was about so I have to admit to feeling very uncomfortable with the subject matter at times. The people of Jessie’s village had very strong reactions to the foreigners come to work. I think it made me so uncomfortable because people actually say those things; I’ve heard them, and you realise just how wrong it is when it’s put into a novel. The parallels with the beginning of Nazi Germany were shocking and I can’t believe I hadn’t seen it in that way before. It was scary.

This idea was cosied up next to Jessie’s study of the Nazis and World War II effortlessly. The way that it was combined with a shocking story told in class and Jessie’s real life was really well done. Anne Booth allows Jessie’s story to explore bullying in all its forms: from Hitler to your cousin turned mean girl. Watching someone you’ve grown up with and love nearly turn against you, your friends and helpless others is awful and Booth captured the feelings of that perfectly. Jessie’s confusion, the anger and the betrayal was palpable. I also loved how clear it was made that standing up to bullies is difficult and brave and that it’s not just the big, dramatic moments that make a difference, it’s the little things too.

Even though I applaud the message of Girl with a White Dog and it really did make me think differently, I didn’t really connect with any of the characters. It’s a short novel and I didn’t really feel there was enough time for me to bond with them, or with each other. They were no relationships in my eyes. It really is a shame as I wanted to love this novel as many others have, but it was just missing that spark. However, it’s a novel that carries an important message and I really hope it makes its way into schools and the hands of children and their parents, because like Mrs Levy says in Girl with a White Dog: it really is down to us to make sure what has happened in the past isn’t repeated.

Thanks to Catnip for the review copy.