This just isn't working for me...

It’s not often that I abandon a book half-way through. I feel all kinds of guilt and worry that I’ll miss something awesome later on that’ll make sticking with it completely worth the effort. Being at uni and the ever increasing height of my TBR pile led me to re-think this. It still takes quite a lot to make me put down a book, but I have decided that I’m allowed to do so without feeling guilty about it. 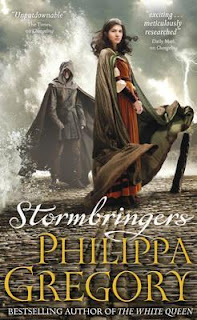 My most recent did-not-finish is Stormbringers by Philippa Gregory. I wasn’t a huge fan of book one, Changeling, but I liked it enough to be intrigued by the second. Sadly, I lasted only 80 pages into Stormbringers before putting it down and reading a Delena fan-fiction until 3am instead (I know, I know. Stop judging me).

For me, there isn’t enough of a connection between the characters to capture me, especially between Luca and Lady Isolde who are supposed to be the lead couple. Yes, they were sweet and everything, but there was no spark and there didn’t seem to be a proper foundation to their attraction. I also felt that Gregory was writing down to a YA audience eve more than I did in Changeling. It’s such a shame as Renaissance Italy holds so many possibilities. Add in the continual religious talk and I was out. I won’ be continuing with this series. 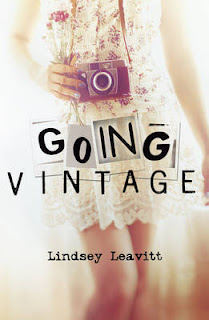 I absolutely loved Lindsey Leavitt’s Sean Griswold’s Head so I was really excited to read Going Vintage. Sadly, this one didn’t click with me. I think only lasted around thirty pages before I put this down as I just had no connection with the characters. I think the idea of abandoning technology in the wake of catching your boyfriend in an online relationship with another girl is a brilliant premise and as a heroine, Mallory was quirky enough to carry it off, it just didn’t spark for me.

It may have been more me than the book in this instance and knowing how much I loved Sean Griswold, I fully intend to go back and give this another shot. 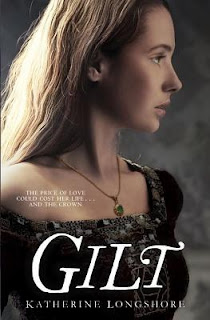 Gilt by Katherine Longshore is a debut that I had my eye on since it came out in the US and when I heard S&S were publishing it over here I was extremely excited. Tudor England! Scandal! Secrets! Forbidden love! It promised it all, and yet the characters were either wet mops of total bitches and I just couldn’t become invested in it. I doubt I’ll give this another go.

What was the last book you gave up on? Do you persevere with everything you pick up? Did you love one of these three books?