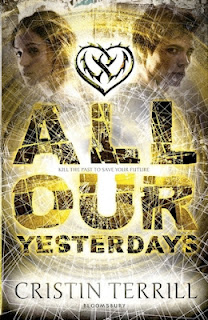 All Our Yesterdays – Cristin Terrill (proof)

Yesterday Marina was safe, privileged, wealthy. She was falling for James – the super-brainy youngest son of a very powerful family. yesterday ended badly.

Today Em is in a cell she may never get out of alive. There’s a flicker of hope when she talks to the boy in the cell next to hers – and when she remembers who she used to be... Yesterday.

Tomorrow Em has a mission. She must escape and travel back in time. She must kill the boy Marina loved – to save her future.

This sounds great and Twitter has been a-buzz about it lately. Thanks Bloomsbury! 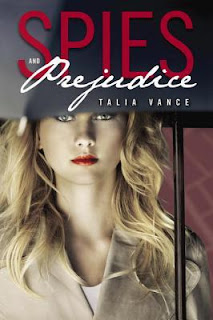 Pride & Prejudice meets Veronica Mars in this slick romantic spy-thriller where nothing is as it seems.

Berry Fields is not looking for a boyfriend. She’s busy trailing cheaters and liars in her job as a private investigator, collecting evidence of the affairs she’s sure all men commit. And thanks to a pepper spray incident during an eighth grade game of spin the bottle, the guys at her school are not exactly lining up to date her, either.

So when arrogant – and gorgeous – Tanner Halston rolls into town and calls her “nothing amazing”, it’s no loss for Berry. She’ll forget him in no time. She’s more concerned with the questions surfacing about her mother’s death.

But why does Tanner seem to pop up everywhere in her investigation, always getting in her way? Is he trying to stop her from discovering the truth, or protecting her from an unknown threat? And why can’t Berry remember to hate him when he looks into her eyes?

This one has also had some Twitter love lately so I grabbed in off of NetGalley. 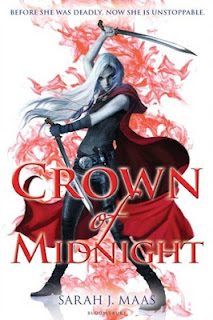 Crowned by evil.
Bound by duty.
Divided by love.

The assassin is back – and she’s burning with rage in the blazing-hot sequel to Throne of Glass.

Celaena Sardothein, royal assassin, is the King of Erilea’s deadliest weapon. She must win her freedom through his enemies’ blood – but she cannot bear to kill for the crown. And every death Celaena fakes, every lie she tells, puts those she loves at risk.

YAYYAYYAY! I’m extremely excited about this! Thanks Bloomsbury and NetGalley! 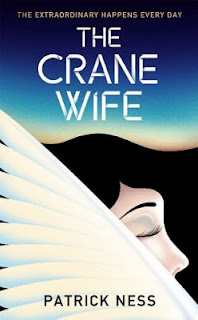 The extraordinary happens every day...

One night, George Duncan – a decent man, a good man – is woken by a noise in his garden. Impossibly, a great white crane has tumbled to earth, shot through its wing by an arrow. Unexpectedly moved, George helps the bird, and from the moment he watches it fly off, his life is transformed.

The next day, a kind but enigmatic woman walks into George’s shop. Suddenly a new world opens up for George, and one night she starts to tell him the most extraordinary story.

Wise, romantic, magical and funny, The Crane Wife is a hymn to the creative imagination and a celebration of the disruptive and redemptive power of love.

This sounds gorgeous and I’ve been meaning to read Patrick Ness forever!