Letterbox Love came about after some drama with the American book haul memes, so the UKYA bloggers came together on Twitter to organise one of our own. Summaries are taken from the cover, or Amazon in the case of e-books, unless otherwise stated. Hosted by Narratively Speaking.

I was having a bad hair day when this whole thing started.

Everything had been peachy. I mean, I had a cool boyfriend and I was following my dream to be a top hairdresser. But that meant working in my Aunt Lilah’s salon, which is where it all went wrong and everything in my life just went BANG.

All I did was give someone the hairstyle she never knew she wanted, and suddenly I was out of a Saturday job. Unless I got another one pronto, I could wave goodbye to my life’s ambition.

Sadie Nathanson is back, taking on her family and the rest of the world one manic panic at a time.

This is the sequel to Dads, Geeks and Blue Haired Freaks which I haven’t read and most likely won’t. If you want it, give me a shout! Thanks Electric Monkey. 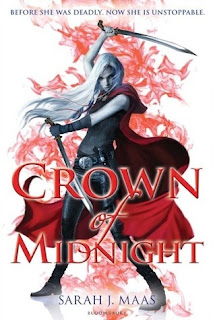 Crowned by evil.
Bound by duty.
Torn by love.

Celaena Sardotheien, royal assassin, is the King of Erilea’s deadliest weapon. She must win her freedom through his enemies’ blood – but she cannot bear to kill for the crown. And every death Celaena fakes. Every lie she tells, puts those she loves at risk.

EEK! Throne of Glass was one of my 2012 favourites so I’m beyond excited for this. Thanks Bloomsbury! 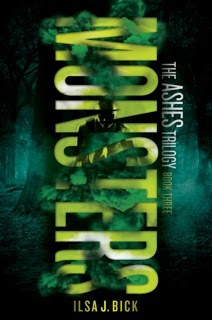 From Goodreads: The Changed are on the move. The Spared are out of time. The End...is now.

When her parents died, Alex thought things couldn't get much worse - until the doctors found the monster in her head.

She headed into the wilderness as a goodbye, to leave everything behind. But then the end of the world happened, and Alex took the first step down a road of treacherous betrayal and terror and death.

Now, with no hope of rescue - on the brink of starvation in a winter that just won't quit - she discovers a new and horrifying truth.

The Change isn't over.
The Changed are still evolving.
And...they've had help.

With this final volume of The Ashes Trilogy, Ilsa J Bick delivers a riveting, blockbuster finish, returning readers to a brutal, post-apocalyptic world where no one is safe and hope is in short supply.

A world where, from these ashes, the monsters may rise.

On a complete whim I decided to peruse Edelweiss not really knowing if it'd be any good. Then I stumbled across this for instant downloaded and squeaked rather embarassingly. Thanks Edelweiss and EgmontUSA! 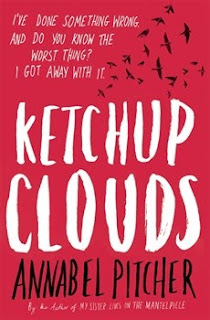 Zoe Collins has a dark and terrible secret that she dares confide to no one. But one day she hears of a criminal on death row who knows all about secrets. And lies. And betrayal. Desperate to confide in someone, Zoe picks up a pen.

These are the letters that she wrote.

This sounds so, so different and it just won the Waterstone’s Children’s Book Award so it must be awesome! Thanks Orion!