TBR Tuesday: The Ocean at the End of the Lane, Neil Gaiman 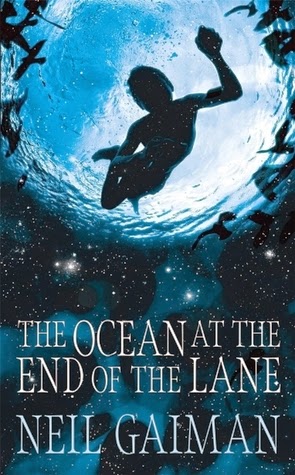 OTHER TITLES BY THIS AUTHOR
American Gods; Neverwhere; The Graveyard Book; Sandman; Stardust; Good Omens (with Terry Pratchett); Fortunately, the Milk; Anasi Boys and quite a few more...

SYNOPSIS
The Ocean at the End of the Lane is a fable that reshapes modern fantasy: moving, terrifying and elegiac – as pure as a dream, as delicate as a butterfly’s wings, as dangerous as a knife in the dark – from storytelling genius Neil Gaiman.

It began for our narrator forty years ago when the family lodger stole their car and committed suicide in it, stirring up ancient powers best left undisturbed. Dark creatures from beyond this world are on the loose, and it will take everything our narrator has just to stay alive: there is primal horror here, and menace unleashed – within his family and from the forces that have gathered to destroy it.

His only defence is three women, on a farm at the end of the lane. The youngest claims that her duckpond is an ocean. The oldest can remember the Big Bang.

VERDICT
The Ocean at the End of the Lane is kind of odd, isn’t it? Of all of the wonderful, exalting things I heard about this novel, no one told me it was so strange!

Neil Gaiman seems to be good about breaking down the boxes of genres, and he does it spectacularly with this novel. The Ocean at the End of the Lane is the story of a little boy, told by an adult, including fairytale and magical realism, ideas about adulthood and childhood and yet it’s so literary that it’s every genre and none at all. I really do love that it can’t be firmly placed in a box.

The fairytale element was the one that came across the most strongly for me. We had a villain worthy of Disney and childhood horrors Cinderella could relate to, which I actually found quite surprising. I didn’t expect the fear and the ‘enemy’ to have such a strong and concrete presence in the narrator’s story. And you may be wondering why I’m referring to the narrator as the narrator, well, he doesn’t have a name... It really frustrates me when author do that and it’s one of the major reasons why I’m yet to give Daphne du Maurier’s Rebecca a go! Drives me mad it does.

I did love the Hempstocks though. In fact, I would have loved to read a whole novel about the three Hempstock ladies. I love the dynamic between the three generations, their ambiguous heritage and their strange brand of magic and witchcraft. Lettie, her mum and her grandmother are fantastic characters with depth and history and charm. Though I loved and sympathised with the narrator’s bookish ways, I think I would have preferred to read the story from Lettie’s point of view.

So there you go. I appreciated Neil Gaiman’s crazy imagination, storytelling skills and the whimsy of The Ocean at the End of the Lane, but I just don’t think it was for me.

SHOULD IT HAVE STAYED ON THE SHELF?
I’m glad I read it because I felt left out that I hadn’t, but I don’t think I’d recommend it. I could have quite easily left it on my Kindle and not read it. After feeling ambivalent about three Neil Gaiman books, I officially give up on trying to become a fan of his – we just don’t click!