Today I’m really pleased to welcome M Anjelais, author of Breaking Butterflies, one of my most anticipated reads of 2014, to the blog to talk about writing as a teenager as part of her blog tour. 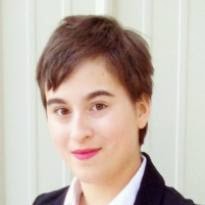 Writing as a Teenager
I can remember the day that I first sat down with my laptop and typed out the opening lines of Breaking Butterflies. It was sunny, I was excited about my ideas, and I was listening to What Sarah Said by Death Cab for Cutie – a song that I would later come to quote directly in my story, as my main character Sphinx derives inspiration from it herself.

It was November 1st, 2009. I was sixteen years old, and I was beginning the first draft of my book as part of National Novel Writing Month, an annual challenge to write a 50,000 word novel in the month of November.
This was not my first writing endeavor. I first started typing out stories on my family computer when I was seven years old, and prior to that, I’d dictated tales to my mother, who jotted them down for me. But this book was a unique experience from start to finish. Previously, I’d contained myself mostly within the boundaries of fantasy and magical elements, choosing to avoid realistic fiction. My protagonists were often people immensely different from myself, always either older or younger than I was. This was the first time I found myself focusing on a story about two teenagers my own age, living their lives in the “real world”.
When I wrote the book, I thought that gave a lot of credibility to my portrayals of my two sixteen-year-old main characters. Existing myself as a sixteen-year-old human being, I had this misperception that I knew everything that there was to know about them. I completed the first draft of my book in a month, fulfilling my National Novel Writing Month challenge, and came to the conclusion that as far as books about teenagers went, this was possibly the most accurate piece of fiction that had ever been seen on planet Earth, considering that it had been written by someone with immediate, ongoing experience.

Over three years and one publishing contract later, I found myself in the midst of serious editing work at the age of nineteen, my last year of being a teenager. My lovely editor Imogen was suddenly informing me of the truth about my story: first-draft Sphinx, the main character who is meant to be defined by her emotional depth and ability to feel, was too distant. She was analytical when she should have been impulsive, focused on logic when she should have been caught up in the moment. Despite the fact that I’d first written her when I was the same age as her, she bore characteristics that were intrinsically far too adult.

Initially, I had a moment of confusion, because I’d drawn Sphinxie from experience. Much like some people believe that every entity in a person’s dreams represent some facet of the person themselves, my main characters are always a metaphor for something that’s happened to me. The struggles that Sphinx faces in interacting with her dangerous childhood friend Cadence, and the pain she feels over coming to terms with the fact that her mother can’t always protect her from things in her past or her future – they all mirrored struggles that I’d faced in my own life, having gone through a period of intense bullying and wrestling with my own inner demons about self-worth at the same time.

So why wasn’t my main character the emotional teenager that she should have been?

I wasn’t far into my editing journey when I realized why. My first draft was an analysis all the way, a dissection of things that had happened to me and a metamorphosis of those things into fiction, both an exploratory journey of history that I’d experienced and a coping mechanism for the aftermath that still remained. Sphinx, as my first-person narrator, had taken on those qualities. She described rather than felt, explored the deeper details of what was happening to her in the past tense instead of feeling it in the moment.

That was when I realized what had happened. As a sixteen-year-old, I hadn’t been ready to feel the full force of my own inspirations for the story. I was just ready to process the details. My original intention in writing the story was to inspire strength in other teens who might see similarities - perhaps small ones, perhaps large ones - between themselves and the descriptions of what happens to Sphinx. But as I went through the editing process as an older teen, I was reminded that I’d written the story for myself too, not just for an audience. 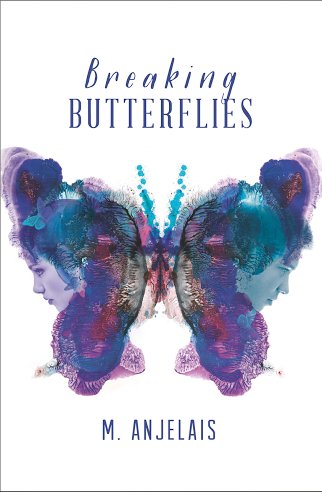 to possess to be whole and believable as a character, I finally went through all of those emotions myself. On one hand, I view myself as having grown up with the book, getting older as I refined it and brought it closer to a finished product. But unexpectedly, I also have allowed myself to regress along the way into younger ages, pulling out emotions that I hadn’t fully let myself experience and feeding them into Sphinxie, sewing them into the plot. I watched her come to life because of that, and I watched myself let things go that I hadn’t known I was holding onto underneath of that writer’s urge of mine that likes to deal with life by just describing and describing instead of feeling and feeling.

When November 1st, 2014 rolls around, five years will have officially gone by since I wrote that first sentence of that first draft. Five years. I’ll be 21, an adult, no longer a teenager. I expect to write about teenagers again, but I will never again be one myself.
What I will be, though, is an adult that has learned how to hold that raw childish emotion inside of me, how to let it show, and how to let become part of a life journey – whether it be my own, or a fictional life that I’ve created. For me personally, my journey through writing and editing a book as a teenager was cathartic, a process through which I took burdens that I didn’t understand, defined them, and then finally ran through the emotions of in a whirlwind.

Now, I personally believe that time is a constant. I think it’s not linear, but circular. To me, this means that everything that has happened is still happening, always. And so I speak out to that sixteen-year-old me writing the first line, thinking that I know everything, and I say, Get ready.

Thanks for such a wonderful post! Make sure you check out Breaking Butterflies and the rest of the stops on the tour!