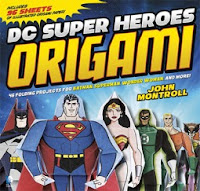 What happens when you combine Batman, Superman, Wonder Woman and the Justice League?

You get the most incredible collection of paper-folding projects ever assembled. This book contains 46 original origami designs, devised by internationally renowned origami master John Montroll that are guaranteed to amaze. With clear, step by step diagrams and instructions, simple squares of paper transform into Batarangs, S-Shields, Batcycles and your DC Super Heroes and Villains! Includes 96 sheets of specially illustrated folding papers to enhance the finished look of the models.

Mini-Review
As soon as I heard about this, I was sold. Superheroes? Origami? What more could you want? But sadly it wasn’t as cool as I was hoping.

I loved the designs, the printed sheets and the fact that there’s two of each so when I inevitably messed up, I could do it again! Or, as what happened when I first gave it a go, me and a friend both had a go and had an origami battle. It kept us occupied for hours.

I did have a few issues with the functionality of DC Super Heroes Origami though. Where the tear line was so far into the spine, it was hard to pull them out without ripping them and ripped sheets meant nothing went right! I have to say that I also didn’t think that it was for children like it was promoted for. I’m 23 and I struggled with most of them, and they were some that just didn’t work, no matter how many times I followed the instructions to the t. 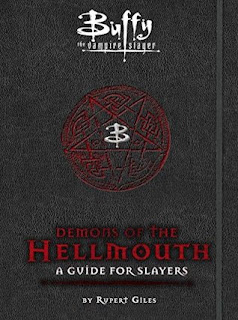 Demons of the Hellmouth: A Guide for Slayers, Nancy Holder
151|4th September 2015|Titan

Synopsis
After the fall of the Watchers Council, and the defeat of The First, Rupert Giles was determined to use his experiences from his seven years in Sunnydale to educate the New Slayers. He pulled together various notes and papers, including excerpts from his Watcher’s Diary, to form a new handbook and field guide: Demons of the Hellmouth.

This is Giles’ original copy and contains pages annotated by Buffy, Willow, and Xander. It has passed through many hands since the Battle of the Hellmouth. And now, Slayer, you hold it in yours. Are you ready to be strong?

Mini-Review
With a foreward by Anthony Stewart Head and annotations by Giles, Buffy, Willow and Xander, this felt like a really nostalgic dip back into a familiar world.

All of the annotations felt authentic and genuinely like the characters and the comments referenced events in episodes and seasons. The whole thing is an encyclopaedia of vampires, demons and other icky creatures that featured in the series, in either one episode appearances or part of a whole arc. I have to admit that I haven’t actually seen all of Buffy yet so I did actually get spoiled on a death which was upsetting, so I’d say be careful if you’re one of the few strange ones like me that hasn’t finished Buffy yet!

This is a perfect, nostalgia-fuelled fest for Buffy fans. 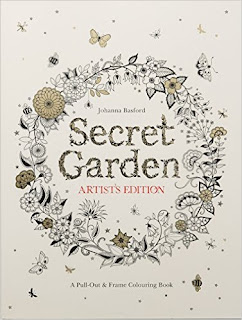 Synopsis
From the artist and publisher that brought you the hugely successful Secret Garden and Enchanted Forest – this special artist’s edition features 20 beautiful, pull-out art prints for colouring in. colouring fans of all ages will enjoy immersing themselves in a selection of the most popular artworks from the original book, now presented in a new, large-scale format for maximum colouring enjoyment. Each detailed illustration is printed on high-quality card and can be removed easily for framing or craft projects.

Mini-review
The 20 selected pictures are beautiful on large, single-sided card that I could colour in with my pens and not fear them bleeding through. They were really easy to tear out and I loved that the book is A3.

A brilliant gift for evert fan of adult colouring books. 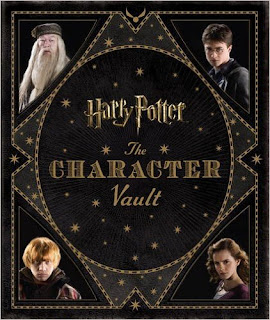 Synopsis
Unlock new information about your favourite characters from the Harry Potter movies with this definitive coffee table book profiling the good, the bad, and everything in between. Concept art, behind-the-scenes imagery, and film stills track everyone from Harry, Hermione and Ron to Dobby, Mad-Eye Moody and Dolores Umbridge, telling their complete stories as they evolve throughout the film series. The ultimate Harry Potter character overview.

Mini-Review
It was so lovely to be back in the world of Harry Potter, even though I finished The Character Vault wanting to re-read and re-watch everything…

For every character in the book we have a mini character profile, original sketches, a portrait, details on their wand and, mostly, the details on constructing and designing the costumes, make-up, hair and extras that go from turning an actor into a character. It was a fascinating process.

The Character Vault is a must-have for every Harry Potter fan. I know it’s one I’ll be going back to.