Blast From the Past: Dracula 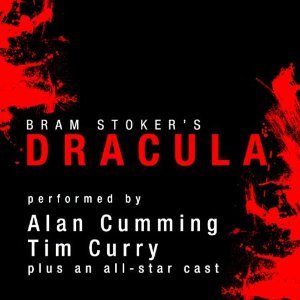 Originally published in 1897 by Archibald Constable and Company

What's it about?
When Jonathan Harker visits Transylvania to help Count Dracula with the purchase of a London house, he makes a series of horrific discoveries about his client. Soon afterwards, various bizarre incidents unfold in England: an apparently unmanned ship is wrecked off the coast of Whitby; a young woman discovers strange puncture marks on her neck; and the inmate of a lunatic asylum raves about the ‘Master’ and his imminent arrival.

In Dracula, Bram Stoker created one of the great masterpieces of the horror genre, brilliantly evoking a nightmare world of vampires and vampire hunters and also illuminating the dark corners of Victorian sexuality and desire.

Why now?
It’s October! It’s Halloween month! This is another book that I was meant to read at university and struggled to get into. It felt like the perfect time to give it another go.

The verdict:
In my second year of university I took a module on Gothic literature and Dracula as one of the set texts. I really struggled to read it on a schedule and gave up on it after only a few chapters. I’m so glad I decided to try it again in a different format.

The titular Count Dracula is rarely physically present in Dracula which gives the novel an overarching tension and sense of creepiness. The novel is an epistolary one, switching between letters and journal entries from a range of characters. It even gave me a nightmare one night after reading it a little too late at night which hasn’t happened since I was a kid! Hearing from so many different positions around Jonathon’s experience with the Count gave Dracula so many interesting layers and my curiosity about how everything would play out never wavered, even though it wasn’t really what I was expecting.

The element of Dracula that I found most fascinating was the portrayal of women throughout the novel. There are two main female characters: Mina Harker (nee Murray) and Lucy Westernra. Mina is the more prominent of the two and she's a mix of two eras. She possesses all of the characteristics of the ideal Victorian women; she’s intelligent, fiercely loyal, pure, good and kind, but she’s also a modern women with her knowledge of shorthand (which wasn’t a widely known or taught until the early to mid-20th Century), her eagerness to help and be involved in Dracula’s capture and her own investigations into the Count.

Lucy isn’t the pinnacle of womanhood that Mina is, though she is still sweet and good. As the story goes on and on, Lucy’s position in the novel changes and it's almost like her resistance to the Count isn’t strong enough and it’s almost related to her goodness in a way that Mina unfailingly resistant to his pull. Lots of critics match Dracula’s appeal to sexual appetite from the women, especially when Dracula’s three daughters are taken into consideration. It’s a really interesting concept and one that’s prevalent in the discussion of Victorian women who befall an unfortunate state and towards vampires in general. Oh my literature geek is out in full force today – sorry!

I thoroughly enjoyed Dracula. It wasn’t at all what I expected and I loved it. I’m so glad I gave it another chance and I highly recommend this recording – it’s engaging, tense and brings this classic to life.

Still not convinced?
- It spawned so many remakes and defined a genre in popular culture.
- For a novel that’s 118 years old, it reads with a very modern and accessible voice.
- It’s perfectly creepy for a Halloween read!