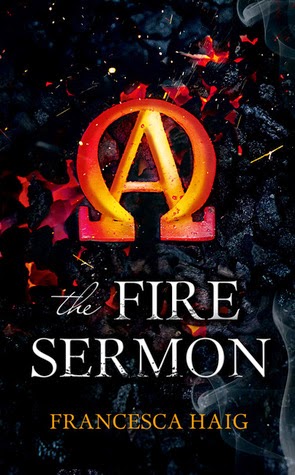 When Zach and I were born our parents must have counted and recounted: limbs, fingers, toes. The complete set. They would have been disbelieving – nobody dodged the split between Alpha and Omega.

Born as twins raised as enemies.

One strong Alpha twin and one mutated Omega; the only thing they share is the moment of their death.

The Omegas live in separation, cast out by families as soon as their mutation becomes clear. Forced to live apart, they are ruthlessly oppressed by their Alpha counterparts.

The Alphas are the elite. Once their weaker twin has been cast aside, they’re free to live in privilege and safety, their Omega twin far from their thoughts.

Cass and Zach are both perfect on the outside: no missing limbs, no visible Omega mutation. But Cass has a secret: one that Zach will stop at nothing to expose.

The potential to change the world lies in both their hands. One will have to defeat the other to see their vision of the future come to pass, but if they’re not careful both will die in the struggle for power.

I’m not quite sure what I expected from The Fire Sermon, but it still wasn’t what I was expecting. In a good way, though – it’s brilliant.

I have to admit that I thought this was a fantasy novel rather than a post-apocalyptic one, though how I managed that I don’t know! Regardless of genre, Francesca Haig’s debut is deeply involving and imaginative. Considering the boundless possibilities I haven’t really come across a nuclear bomb causing the end of the known world in dystopian or post-apocalyptic fiction very much at all. In The Fire Sermon this blast, four hundred years before Cass and Zach, destroyed the world as it was known in the Before. Few survived and those that did mutated and the mutations continued through the generations, producing a pair of twins with each reproduction: one physically perfected and the other with a deformity of some description.

The tensions that breed between Alphas and Omegas are so much more visceral that I was anticipating. It is more than just hate, it’s fear and disgust and a total lack of understanding. All of this made Cass and Zach’s relationship even more fascinating. Zach is a disgusting specimen – I regularly wanted to punch him in the face – and a brilliant villain. The lengths he goes to in order to ensure that he is able to live his live as an Alpha are extreme and quite over the top really, and yet Cass continues to love and protect him as much as she can. I really loved Kip’s take on Cass’s baffling feelings for her twin – her compassion, her love and her hope are her strengths. Cass is a quietly powerful heroine. She believes, she hopes, she perseveres. She doesn’t shout the revolution from the rooftops, needlessly put her friends at risk or make much of a fuss at all, really. I love her.

Haig’s characterisation continued to excel in the supporting characters. I was particularly fond of Kip: smiley, joking, supportive Kip always ready with a joke to lighten the mood. The relationship between them is one of my favourites in a very long time. It’s quiet, unassuming and even more authentic for it. I didn’t miss the genre tropes of love triangles, sexual tension or the painful will-they-won’t-they in the slightest; I sometimes think that it’s the loves that aren’t all about show that last the longest and make a deeper impression on the reader and in the case of Cass and Kip that’s certainly true.

The Fire Sermon is an incredibly strong debut and series beginner. I can’t wait to rejoin Cass in book two, I just wish it would be here a little sooner!