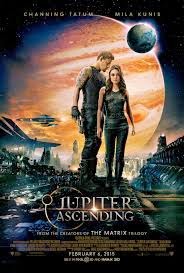 WHAT’S IT ABOUT?
(From imbd.com)
Jupiter Jones was born under a night sky, with signs predicting she was destined for great things. Now grown, Jupiter dreams of the starts but wakes up to the cold reality of job cleaning toilets and an endless run of bad breaks. Only when Caine, a genetically engineered ex-military hunter, arrives on Earth to track her down does Jupiter begin to glimpse the fate that has been waiting for her all along – her genetic signature marks her as next in line for an extraordinary inheritance that could alter the balance of the cosmos.

VERDICT
I wanted to see Jupiter Ascending as soon as I saw the trailer when I was in the cinema waiting for The Hobbit.

This film looks incredible. The special effects are mind-blowing, the visuals make me want to go to space (more than I usually do, anyway), the costumes are utterly fabulous and the fight scenes are excellent. I’m a sucker for bright colours, swirling galaxies and epic planets that are so different from our own and Jupiter Ascending had all of them in spades, but that’s pretty much it, other than a beautiful cast!

Channing Tatum, Mila Kunis and Eddie Redmayne are all wonderful actors and they did brilliantly with the roles of Caine, Jupiter and Balem, but there wasn’t much there to start with. It was Redmayne portrayal of Balem that most stuck with me; the selfish, violent and spoiled king so used to having everything he wants and bullying what he wants out of others. He’s creepy and unnerving and the character reminded me a little of the Volturi from Twilight. Tatum’s character was one who clearly had so much history and depth – he’s a genetically engineered soldier who was kicked out of the military – and the surface was barely scratched at with his interaction with Stinger. And then came Jupiter Jones, are leading lady. Mila Kunis is kickass so I was expecting the same from Jupiter, but she’s a very passive main character, so passive I don’t even really feel like I can call her the heroine of the story. She’s constantly being rescued; even after becoming a queen of galaxies she relies on Caine to save her! Though she fought back against Balem a little towards the end, it still wasn’t really enough for me. 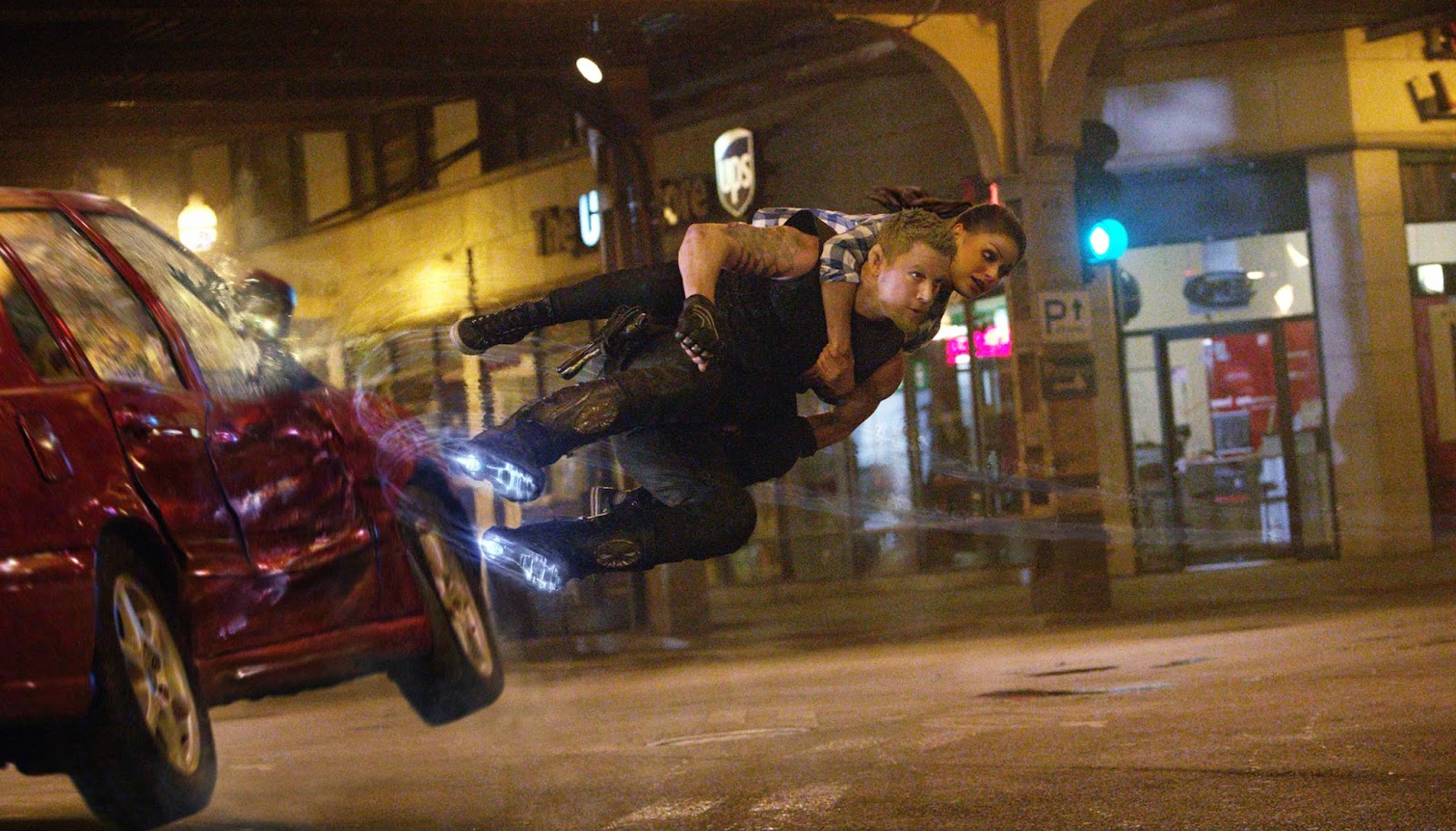 With so little substance to the characters, it wasn’t surprising that the romance between Jupiter and Caine left a little to be desired. It was total insta-love. There was no slow burn, realisations about each other, or even getting to know each other really – it leapt straight into a declaration and a rejection, and repeat. The same issues were present with the actual plot be honest. I didn’t really know what on earth was going on for at least the first half hour of the film, but not in a mysterious, ‘ooh, tell me more!’ kind of way. Once the story did kick in, it was a big vague and wishy-washy and not much was explained or delved into. Like with the characters, there was clearly a rich history and depth to the worlds and the tech and the idea of harvesting the planets, but we didn’t get to see it. Some of the plot points also felt a little odd, though I won’t spoil one of the few bits of actual story for you and tell you what I mean! 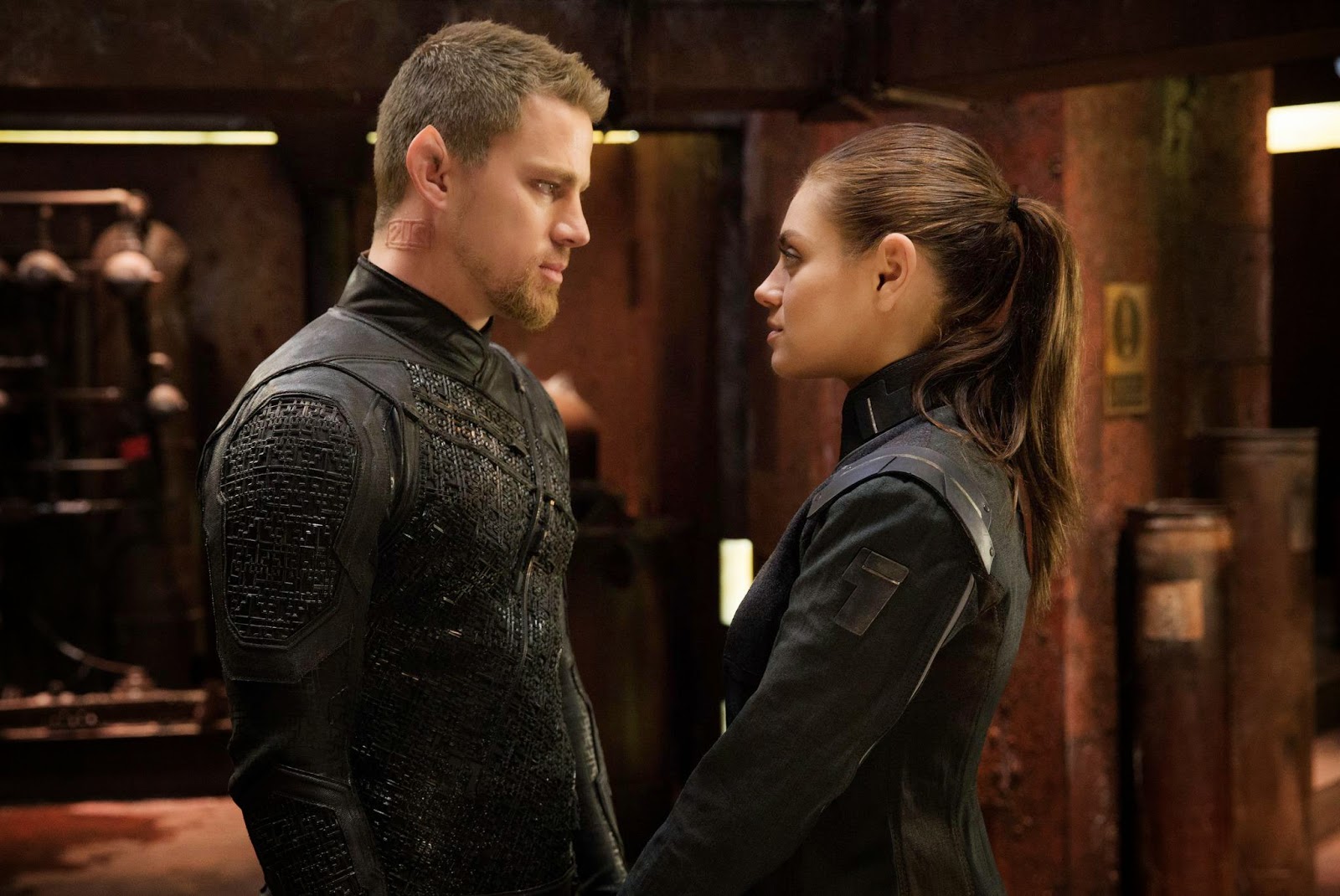 And yet Jupiter Ascending was thoroughly good fun. Even if it was a bit lacking in general content, I’m really glad I saw it on the big screen. Totally worth it for the effects and a solid twenty-minutes of Channing Tatum’s chest.