Sadly, I received nothing for review this week, though it’s probably a good thing considering my current TBR!
Bought: 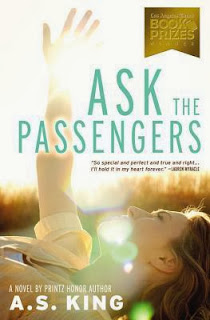 Ask the Passengers – AS King (paperback)

How do you give your love away when no one seems to want it?
You send it to the sky and hope the right person catches it.

Astrid Jones spends hours lying on the backyard picnic table watching airplanes fly overhead. She doesn’t know the passengers inside, but they’re the only people who won’t judge her when she asks them her most personal questions...like what it means that she’s falling in love with a girl. Astrid can’t share the truth with anyone else in her life – her pushy mother, uninterested father, and over-interested friends that wouldn’t understand. But little dos Astrid know just how much even the tiniest connection with the people at thirty thousand feet will affect their lives – and her own – for the better. In this truly original portrayal of a girl who refuses to be labeled, Printz Honor author AS King offers hope to those struggling to break free of society’s boxes and definitions.

Whoops, I went to Foyles again... I seem to be collecting an AS King book with each visit! 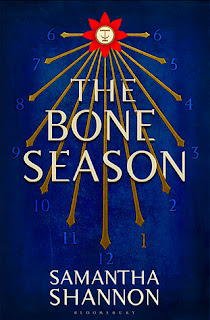 The year is 2059. Nineteen-year-old Paige Mahoney is working in the criminal underworld of Scion London, based at Seven Dials, employed by a man named Jaxon Hall. Her job: to scout for information by breaking into people’s minds. For Paige is a dreamwalker, a clairvoyant, and, in the world of Scion, she commits treason simply by breathing.

It is raining the day her life changes for ever. Attacked, drugged and kidnapped, Paige is transported to Oxford – a city kept secret for two hundred years, controlled by a powerful, otherworldly race. Paige is assigned to Warden, a Rephaite with mysterious motives. He is her master. Her trainer. Her natural enemy.  But if Paige wants to regain her freedom she must allow herself to be nurtured in this prison where she is meant to die.

Only 99p on Amazon so I snapped it up! I’ve heard amazing things about it. 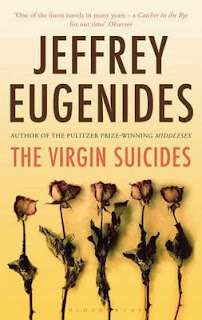 The shocking thing about the five Lisbon sisters was how nearly normal they seemed when their mother let them out for the one and only date of their lives. Twenty years on, their enigmatic personalities are embalmed in the memories of the boys who worshipped them and who now recall their shared adolescence: the brassiere draped over a crucifix belonging to the promiscuous Lux; the sisters’ breathtaking appearance on the night of the dance; and the sultry, sleepy street across which they watched a family disintegrate and fragile lives disappear.

This is another book I have in line for Blast From the Past/TBR Tuesday to rectify the gaps in my reading history! I can’t wait to get stuck in.