A few months ago, HotKey Books launched a new e-book only imprint called HotKey Unlocked. E-books will be released in groups, the first being sexy, romantic Christmas stories. With each group comes a competition for professional and amateur writers to submit stories based on HotKey’s briefs. Each e-book is priced at a maximum of £1.99.

It’s a fantastic imprint and I’m excited to see where it heads in the future, but for now, mini-reviews of the ones published! All I Want For Christmas, Esme Taylor

Synopsis
Ella is dreading Christmas. She vowed to change her life this year, and although breaking up with her boring boyfriend was the first step, she’s been too scared to take the next, and her life has become small.

But then, when working at a Christmas party, Ella meets Joe. The attraction is instant and convenient: neither is interested in more than a fling. While Ella’s been stuck, Joe’s been running. He’s been travelling for a year and has no plans to stop, but he’s home to spend Christmas with his huge, loud family. His father wants him to stay and join the family business, but Joe’s not yet ready for that kind of commitment and isn’t sure he’ll ever be. But as the snow and the presents pile up – and Ella and Joe’s clothes come off – Ella realises she needs to start living again. And that maybe all she wants for Christmas is Joe...

Mini-review
All I Want for Christmas began with a Dirty Dancing reference so really I was sold from the very beginning! My first taste of HotKey Unlocked went down a treat.

In a rather short number of pages I really became involved with Ella and I completely understood what she was feeling, a little too acutely sometimes. Then again, it was a really nice undertone to Ella’s burgeoning relationship with Joe which was fun and sexy, but not off-puttingly graphic. Go Esme! 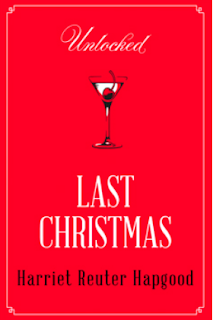 Synopsis
What’s better than a Christmas sweater? Taking it off...

It’s the end of a disastrous first term at Cambridge University for shy, incurable romantic 19-year-old Candy, and the ache of missing  her ex-boyfriend has her acting out of character – arguing with fellow student Griffin, giving sexy Scottish Jamie her number.

Then there’s this Film Studies essay... Desperate to do well, she seeks an online lesson in “being cynical” from the mysterious @LetterBoy. A weekend of Anti-Christmas party mix-ups, Festive Film Fest misunderstandings, and sexy make-out sessions ensues. Until Candy realises Jamie and @LetterBoy aren’t the same guy- and she has to choose who she really loves: fate-believing Jamie, who she mistakenly believe to be a cynic, or @LetterBoy – aka Griffin, a real cynic who’ll only admit to loving rom-coms when he’s anonymous.

Confused, she turns to her dormmates for pizza, advice, and a Christmas singalong. When Candy explores her own body, she realises exactly who she wants – and how to ace her essay. She knocks on her chosen boy’s door just as snow starts to fall...

Mini-review
Definitely my favourite novella of the collection, Harriet Reuter Hapgood has leaped to the top of my ‘writers to watch out for’ list! Candy is nineteen, peppy, optimistic and in love with Christmas, but that attitude doesn’t really fit in with her new uni surroundings. I love that the desire to be one of the hoard made an appearance in the story; she felt like a proper nineteen year old girl thrown into an unfamiliar environment!

Throw in some brilliant pop culture references, witty and snappy dialogue, misunderstandings, boy drama, essay woes and a beginning and end that tie the story together in a very cool way and you have the perfect short story. I loved it. 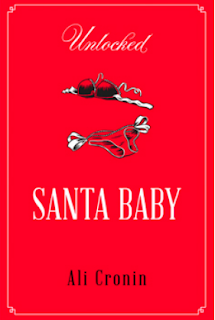 Synopsis
It’s Christmas, and also the end of Annie’s first few weeks as a chalet girl up in the Swiss mountains. Her boyfriend back home has gone off travelling, and Annie’s not exactly feeling full of festive spirit. She really isn’t in the mood for the stag party of posh-boys who’ve just arrived...

And sure enough, it isn’t long enough before one of the party – alpha male George – is coming on a little too strong, and making it clear he’d relish getting Annie under the mistletoe, and into his bed. She’s almost tempted. George is funny, in a loud, arrogant kind of way, and he’s certainly attractive. But Annie is more interested in someone else...the shy, quiet one of the group, who doesn’t quite seem to fit in with the rest of the public school boys. Pity he’s got a girlfriend – according to George, that is.

But the days roll on, and despite the freezing temperatures on the slopes, it’s hotting up in the chalet, and Annie is close to boiling point. The question is, does a certain person feel the same way...

Mini-review
I thoroughly enjoyed Santa Baby! Not having read anything by Ali Cronin before I was sure what to expect in terms of writing, characters, plot etc, but I’m definitely going to see out more from her.

I’m a big fan of the chalet girl idea (I’d love to give it a shot for a season or so, if I wasn’t terrified of falling over and breaking every bone in my body, that is...). Come on, you’ve seen the Ed Westwick film, right? But anyway. The setting gave a nice contrast between the characters and it made the growing attraction between Annie and Sam all the more sizzling. They had a slow, seductive burn which was addictive to read about. I’d really like to read more about this group! 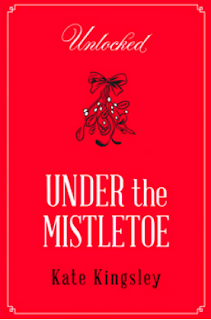 Under the Mistletoe, Kate Kingsley

Synopsis
Ness is looking forward to hanging out in Brooklyn with her girlfriends over Christmas, while also deciding what to do with her life, and getting over her split with Jay the jerk.

She’s not thrilled then, when her mum tells her that she’s bought her a ticket to England to spend some time with her dad in the countryside. Spending the festive period with a bunch of sheep and cows is not Ness’s idea of a good time. And though her arrival does nothing to change that, she soon has a major distraction in the form of Dominic Dumont, whose parents own the massive stately home where her dad is a caretaker.

Despite being upper class, arrogant, selfish and reckless, Dominic soon starts to work his charm and Ness begins to find it difficult to ignore him. A game of ‘Seven Minutes in Heaven’ results in the hottest kiss Ness has ever had in a cupboard full of coats, and when the two of them get lost in the mist out in the grounds, they cling to each other – with and without their clothes on...

Mini-review
Set over the Christmas holidays in snowy, rural Norfolk, Under the Mistletoe went full-throttle on the English Christmas vibe. I loved the setting of the huge manor house on the hill and the help’s cottage at the bottom; the rich-boy-poor-girl Cinderella tale is always a winner for me!

With a snowstorm, a ball, a bitchy rich girl and a snobby stepmother, you have the perfect recipe for a sexy, high society Christmas.

Synopsis
Who will keep you warm this Christmas?

Clara is feeling lonely at the end of her first term at university after splitting up with her boyfriend. At a Christmas party, her housemate Jesse starts coming onto her, but there is something holding Clara back. Things get confusing when Clara shares a drunken kiss with Jess’s sexy, outspoken sister, Lia, who is visiting for the weekend and Clara spends the days leading up to Christmas trying to figure out what she wants. And then her ex turns up...

In this steamy Christmas novella, Clara has to decide who can really keep her from feeling the cold outside.

Mini-review
Another setting in the dorms of uni first years and I felt right at home again. I love the chaotic mix of characters and the tension when everything changes, but most of all I loved the open attitude to sexuality of the writer. In a subtle, but effective, way, Catherine Cooper made the point of being a gay non-point for the most part, and yet retained the confusion, fear and occasional adverse reaction to the pairing from surprised friends and relations. I was really impressed.

I think this is the kind of novella someone would download from pure curiosity and end in a startled ‘oh, she’s right’ kind of reaction, either about themselves or someone else experiencing what Clara was. Brilliantly done.

What do I think of HotKey Unlocked?
Double thumbs up! So far, this imprint has delivered what I wanted from new adult: sexy, intelligent and well-written stories about being a brand new adult in a whole new world. And they totally got me in a snugly Christmas mood. Bring on the fantasy round early next year! Submissions page here.

Will you be reading these on cold, winter nights? Thinking of submitting a story to the next round? Any genres you’re hoping they’ll tackle in the future?