Christmas is scarily close so I thought now would be the perfect time to indulge in all of those short, lovely Christmas short stories I had languishing on my Kindle. Here's what I thought of them: 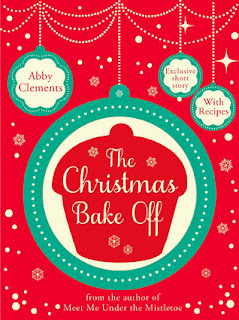 Synopsis
With Christmas just around the corner, the residents of Skipley village are gearing up for the annual bake-off, and tensions are high.

Winning means a lot to everyone involved – talented cake-shop owner Katie dreams of baking stardom, Rachel wants to prove she’s more than a stay-at-home mum, and John hopes his culinary skills will impress the woman he loves.

But when the judges discover that some cakes have been tampered with, the villagers’ loyalties are called into question – whose ambition would stretch to sabotage, and why?

Mini-review
I was very impressed by the depth and history of the characters that took part in the bake-off in this very, very short story. There were subtle implications of loss, loneliness, struggles, ambition and love and I thoroughly enjoyed it. I’d very much like to go back to Skipley. 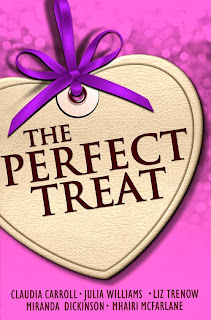 Each short story is followed up by exclusive extracts of each of the author’s upcoming titles.

LOVE, LOSS AND COFFEE CAKE: Through tears, heartbreak and the undying hope of love, a tale of a pair of star-crossed lovers.

IT’S A WONDERFUL LIFE: A comedy that proves you should be very careful what you wish for.

DRIVING HOME FOR CHRISTMAS: A touching tale about newlyweds desperate to spend their first Christmas alone.

BREAKING THE SPELL: A moving story about the power of love and hope.

THE TWELVE LIES OF CHRISTMAS: A hilarious feature that offers up the truth about the festive season.

Mini-review
I was a little bit disappointed by this collection; it wasn’t the Christmas stories I was expecting. The first was a little rambly and confusing, but I really enjoyed the idea behind it: an old couple sharing their story over Margaret baking for the launch of her husband’s boat he’s been restoring for months. It had a lot of potential and I think would have worked beautifully as a full length novel. It’s a Wonderful Life was sweet and fun and reminded me a lot of Alexandra Potter’s Be Careful What You Wish For which I adored years ago. I do love me some magical realism.

The third story, Driving Home for Christmas, was by far my favourite. A nurse working on Christmas Eve, her first as a married woman that they intended to spend alone together was really touching and emotional; I genuinely teared up which is impressive as it was so short! I love stories where a character’s life or tales inspires another to change their outlook or actions to make the best of what they have.

I wasn’t really a fan of Breaking the Spell. It was incredibly odd. Drawing on fairy tales and Sleeping Beauty, a mother tried to cure her daughter out of a vegetative state using tricks from tales of magic and legend. There wasn’t really a conclusion and the end was abrupt and just...weird. the final part of The Perfect Treat is The Twelve Lies of Christmas by Mhairi McFarlane and wasn’t a story at all but a piece on why Christmas is a pain and a disappointment. It was witty and funny and it’s made me eager to read her novel.

A very mixed bag, this one. 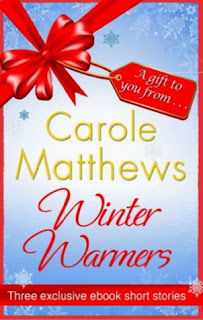 All I Want For Christmas is You
Christmas is around the corner but Maria just can’t get into the spirit – will she ever find Mr Right? But when a secret admirer starts leaving her poems and notes, it looks as though her luck is about to change...

Cold Turkey
Tara is in love with a man she can’t have. She expected to spend Christmas with him but when the big day arrives, she finds herself alone. Sad and upset, Tara just wants to ignore the festive season – and then a chance encounter changes everything.

About Gardening
I love my husband Sam but our relationship isn’t what it used to be. Can I find a way to bring us back together?

Treat yourself to this heart-warming collection today.

Mini-review
Carole Matthews’ three short stories all held themes of loneliness and the hope of something new and romantic, but I wasn’t a complete fan of the idea that these women could only be happy with a man in their life. Saying that, I thought the first story, All I Want for Christmas is You was very sweet and cheerful: a secret admirer, little Christmas surprises and a burgeoning relationship made the perfect Christmas story. I was also very fond of the second. The idea of two broken, lonely souls in unhappy and difficult situations finding solace in each other knowing how the other felt. It was warm and happy and uplifting. The third and final story was my least favourite of the collection. It was more of a stream of consciousness as the woman (whose name I cannot remember...) tended her wild garden in the cold. She thought about her relationship and why it was going south and when she came inside made a few small gestures in an attempt to start again. It didn’t really felt like it went anywhere, if I’m honest.

Another patchy collection, this time from an author whose full-length novels I used to love – I really need to start reading chick-lit again. 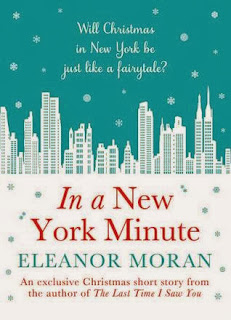 Synopsis
Amy is on a film set in New York, trying very hard to wrap up the advertisement she’s filming in time to catch the last flight home for Christmas. But the actors are squabbling, the star of the piece, a cat, won’t play ball, and, truthfully, Amy’s heart isn’t in it anyway – she’d escaped to the Big Apple to try to forget her broken heart. But as snow begins to fall on Christmas Eve, someone on set with Amy makes her realise fairytales really do happen in New York.

Mini-review
I was a little disappointed in the lack of New York in the snow in A New York Minute as in all honestly, that was what appealed to me about it. I did find the details of being a producer interesting and Amy had a back story that sounded like it could have been a novel on its own, but I felt like even making the story a little longer, just past Christmas Day, would have endeared me to her even more. 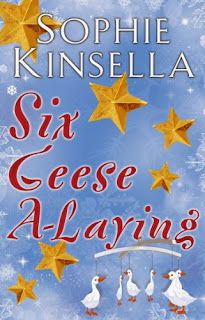 Synopsis
In Six Geese A-Laying, Christmas is approaching, and Ginny is looking forward to the birth of her first baby. It’s a pity her partner Dan is so useless, and she has to keep reminding him where he’s going wrong. Luckily she’s enrolled into the most exclusive antenatal class going – all the highest achieving, smartest mothers-to-be aspire to be taught by the legendary Peter Harmon. Like the other five women in the class, Ginny already knows exactly what she wants, and how she’s going to handle motherhood.

But when they turn up for the final class it isn’t quite what they expect. As Ginny discovers what parenthood is really going to be like, she begins to realise the things that really matter...

Mini-review
I was immediately swept up with Sophie Kinsella’s offering as Ginny began to conversational tell me the story of her final antenatal class with a very peculiar teacher. I really liked the A Christmas Carol spin on things; it’s original and unusual in this type of story. Good fun and nicely hopeful.

So there you go a very mixed bag of Christmas short stories. Some weren’t even Christmassy at all to be honest! Oh well, still a nice way to spend a rainy Sunday afternoon! Do you know of any gorgeous Christmas stories I should read in the run up to the big day? Comment with suggestions below!