I hope you all had a lovely Christmas! I didn’t get any reviews copies this week, but I did get a few as presents as bought far too many! 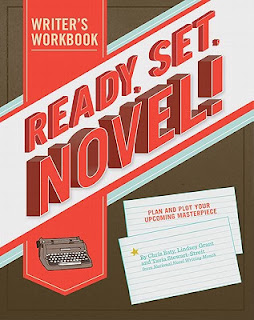 Want to write a novel, but just can’t face that blank page?

Let the organisers of the literary marathon National Novel Writing Month (aka NaNoWriMo) guide you through planning and plotting your novel. These handy tips, battle-tested activities, and bits of creative mayhem have helped thousands of NaNoWriMo participants put pen to paper and are sure to get you geared up to start writing.

Prepare to take field trips, stalk some characters, block out scenes, create intriguing twists, and forge a majestic plot cannon that will launch you headlong into novel-land. Whether it’s your first book or your tenth, this workbook will help you turn that kernel of an idea into a true masterpiece.

Get ready. Get set. Novel!

I’ve flicked through this and it’s amazing. Thanks Jess! 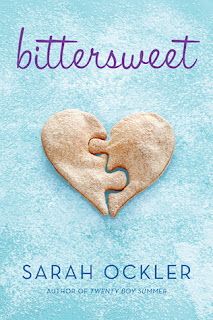 There’s a fine line between bitter and sweet.

Once upon a time, Hudson knew exactly what her future looked like. Then a betrayal changed her life and knocked her dreams to the ground. Now she’s a girl who doesn’t believe in second chances...a girl who stays under the radar by baking cupcakes at her mom’s diner and obsessing over what might have been.

So when things start looking up and she has another shot at her dreams, Hudson is equal parts hopeful and terrified. Of course, this is also the moment a cute, sweet guy walks into her life...and starts serving up some serious mixed signals. She’s got a lot on her plate, and for a girl who’s been burned before, risking it all is easier said than done.

It’s time for Hudson to ask herself what she really wants, and how much she’s willing to sacrifice to get it. Because in a place where opportunities are fleeting, she knows this chance may very well be her last... 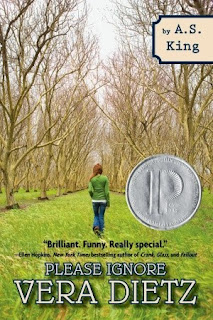 Vera’s spent her whole life secretly in love with her best friend, Charlie Kahn. And over the ears she’s kept a lot of his secrets. Even after he betrayed her. Even after he ruined everything.

So when Charlie dies in dark circumstances, Vera knows a lot more than anyone – the kids at school, his family, even the police. But will she emerge to clear his name? Does she even want to? 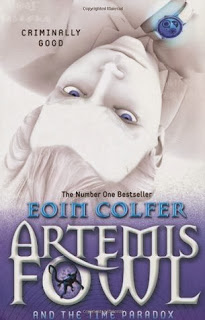 Artemis Fowl is no stranger to trouble. In fact he’s a magnet for it.

Man-eating trolls, armed and dangerous (not to mention high-tech) fairies, flame-throwing goblins – he’s seen the lot. He had decided to forgo criminal activity of the more magical kind. However...

Now his mother is gravely ill. He must travel back through time to steal the cure from the clutches of the devious mastermind...Artemis Fowl.

That’s right. With fairy ally Captain Holly Short by his side, Artemis is going back in time to do battle with his deadliest enemy yet. 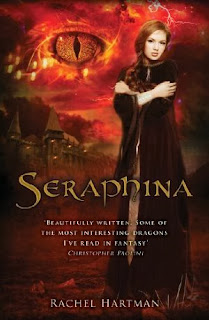 A fragile peace has been achieved in the realm of the Goredd, and dragons and humans live together in harmony.

But the truce is shattered when a royal prince is brutally murdered – could dragons be to blame?

Seraphina, a talented court musician harbouring secrets of her own, is drawn into the investigation and uncovers a darker plot, one that threatens the very existence of the kingdom. And soon her own life is in terrible danger as she fights to hide the secret behind her amazing gift...

Don’t these all sound amazing?! A huge thank you to Lucy of Choose YA for my presents and to Lynsey from Narratively Speaking who organised the UKYABB Secret Santa. You’re both awesome! 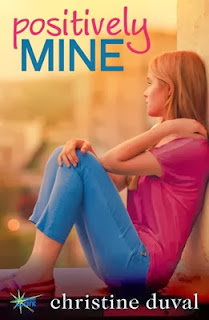 It is four weeks into her freshman year of college, and Laurel’s first test is unexpected.  Discovering she’s pregnant isn’t exactly what she had planned for her first semester, and while she intends to tell her emotionally-distant father, being away at school makes it all too easy to hide.

I really enjoyed the other two Bloomsbury Spark books I’ve read so I’m looking forward to this. 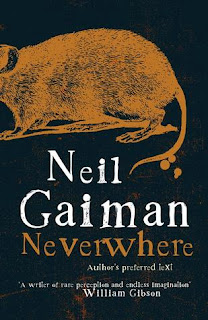 Under the streets of London there’s a world most people could never even dream of. A city of monsters and saints, murderers and angels, and pale girls in black velvet. Richard Mayhew is a young business man who is about to find out more than he bargained for about this other London. A single act of kindness catapults him out of his safe and predictable life and into a world that is at once eerily familiar and yet utterly bizarre. There’s a girl named Door, an Angel called Islington, an Earl who holds Court on the carriage of a Tube train, a Beast in a labyrinth, and dangers and delights beyond imagining... And Richard, who only wants to go home, is to find a strange destiny waiting for him below the streets of his native city. 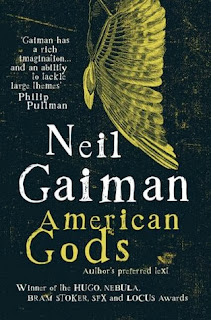 After three years in prison, Shadow has done his time. But as the time until his release ticks away, he can feel a storm brewing. Two days before he gets out, his wife Laura dies in a mysterious car crash, in adulterous circumstances. Dazed, Shadow travels home, only to encounter the bizarre Mr Wednesday claiming to be a refugee from a distant war, a former god and the king of America. Together they embark on a very strange journey across the States, along the way solving the murders which have occurred every winter in one small American town. But the storm is about to break... Disturbing, gripping and profoundly strange, Gaiman’s epic novel sees him on the road to the heart of America.

Both of these, along with a few more Gaiman novels were on a Kindle deal and I’ve been being nagged for years to read these, so I had to get them really. 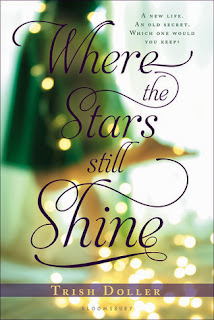 Trish Doller writes incredibly real teens, and this searing story of love, betrayal, and how not to lose your mind will resonate with readers who want the stories gritty and utterly true.

I read Something Like Normal last week and fell in love so this was my first purchase with my Amazon gift card from my big sis! 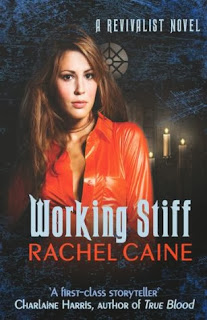 It’s a tough job but somebody’s got to do it – dead or alive.

Bryn Davis knows at Fairview Mortuary isn’t the most glamorous career choice, but at least it offers stable employment – until she discovers her bosses using a drug that resurrects the clientele. Now Bryn faces being terminated...literally.

Bryn is given the chance to take down the bigger problem, pharmaceutical company Pharmadene, which treats death as the ultimate corporate loyalty program. She’d better do it fast before she becomes a zombie slave. A real working stiff.

I love Rachel Caine and now that Morganville is over, I figured I needed to soothe the ache somehow! 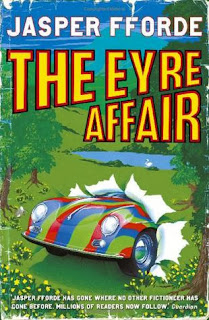 Meet Thursday Next, literary detective without equal, fear or boyfriend.

There is another 1985, where London’s criminal gangs have moved into the lucrative literary market, and Thursday Next is on the tail of the new crime wave’s Mr Big.

Acheron Hades has been kidnapping characters from works of fiction and holding them to ransom. Jane Eyre is gone. Missing.

Thursday sets out to find a way into the book to repair the damage. But solving crimes against literature isn’t easy when you also have to find time to halt the Crimean War, persuade the man you love to marry you, and figure out who really wrote Shakespeare’s plays.

Perhaps today just isn’t going to be Thursday’s day. Join her on a truly breathtaking adventure, and find out for yourself. Fiction will never be the same again...

I’ve heard amazing things about this author, and this series in particular, so when I saw it in The Works, I couldn’t help myself. They have a great selection in there at the moment! 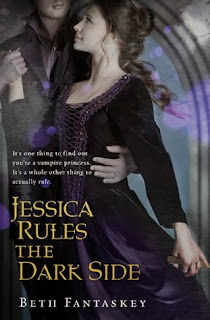 When Jessica Packwood found out she was a Romanian vampire princess, she had the shock of her teenage life. Turns out that was the easy part.

Now, married to Prince Lucius Vladescu, she has to claim her throne and convince a vampire nation she’s fit to be their queen. But Jess can’t even order a decent meal from her Romanian staff, let alone deal with devious undead subjects who would love to see her fail.

And when Lucius is accused of murdering a vampire Elder and imprisoned without the blood he needs, Jessica finds herself alone, fighting for both their survivals.

Desperate to clear her husband’s name and win his release, Jess enlists the help of her best friend, Mind Stankowicz, and Lucius’s mysterious Italian cousin, Raniero Lovatu. But both of them are keeping some dark secrets. Can Jess figure out who to trust – and how to rise to power – before she loses everything, including the vampire she loves?

Full of romance, mystery, and danger, the highly anticipated sequel to Jessica’s Guide to Dating on the Dark Side shows that sometimes a princess has to earn her “happily ever after” – with a sharpened stake in hand.

I read and loved Jessica’s Guide to Dating on the Dark Side when it first came out and never got around to reading the sequel. I was flicking through my Amazon wishlist the other day and this came up, with a hardback available for £3.01. Who could turn that down?