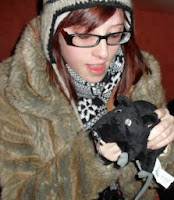 Tell us a little about you and your blog
I’m Caitlin and I work in publicity for a children’s publisher which, for me, is The Dream. I love reading (of course) watching US TV shows and have slightly alarming and very expensive addictions to GU cheesecake and Coke Zero. My blog, The Cait Files, mainly focuses on reviews of YA books but I also do other features and review the odd  middle grade and adult title.

What inspired you to start up The Cait Files?
Well, I got Twitter in 2010, which led me to find a load of book bloggers which I stalked for it. I liked the idea of having a blog and then, in 2011, I read The Mortal Instruments trilogy (as it was then) by Cassandra Clare and I just really, really wanted to talk about it and so The Cait Files was born.

How long have you been blogging?
It will be three years in February 2014! 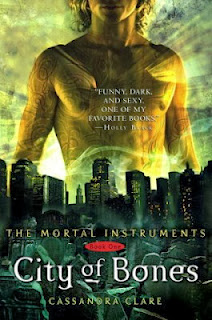 Do you remember what the first book you reviewed was?
I do! It was City of Bones by Cassandra Clare, as mentioned above!

What’s been the highlight of your blogging career so far?
There’s a few, I think. Being quoted on the back cover of a book was pretty awesome (A Witch in Winter), as was the first book event/signing  I went to (Cassie Clare and Sarah Rees Brennan) and getting to go to a launch party with Sarah Rees Brennan who is the nicest, funniest person ever. Also meeting all the bloggers I’ve had the chance over the years, especially those I would know consider friends.

Your biggest book-related starstruck moment?
Meeting David Levithan. He is my long-standing favourite author. I’ve liked his books since I was 14/15 and now I’m 24! My wonderful bloggy friends helped me crash a publishing party so I could meet him and then one of my lovely colleagues introduced me to him and we had a little chat and it was AMAZING.

Now that you work in publishing, have you found that your attitude to/relationship with blogging has changed at all?
Ooooh interesting question! I think, at first, I was really worried about a conflict of interests, but the longer I’ve been there, the less I think of it as an issue. There are other people who work in publishing that review books, even other people that work in children’s publishing and review children’s books! There’s also people who work in children’s publishing and are published by other children’s publishers! I did take a few steps when I first started my job, though: I put a note in my about me section stating that I work for a publisher; I decided to stop including ratings with my reviews and I decided I didn’t want to post negative reviews anymore. That doesn’t mean I’m going to lie, just that I won’t review a book if I didn’t enjoy it. On the whole, though, I think working in publishing and being a blogger kinda go hand in hand and I definitely think that being a blogger has helped me in my job! 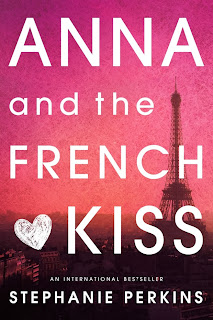 You tend to review mostly fantasy/urban fantasy. What would something more contemporary have to do to make you pick it up?
How very astute of you to notice ;) It’s true, I don’t read much contemp, but I do read more now than I did a few years ago! There’s a couple of things that would make me pick a contemp book up: 1. Hype. When EVERYONE is raving about a contemp book and I wanna see what the fuss is about. (This happened with Anna and the French which I love). 2. Opportunity. If it’s in the library, or someone gets it for me, or I meet the author at an event or it’s really cheap (this happened with Suite Scarlett when I met Maureen Johnson and Geek Girl when I met Holly Smale/GG was the Kindle Daily Deal the next day... I loved both) and 3. If something about it really takes my interest. I guess this is the same with all books, but with contemps it’s rarer as I’m not usually looking. Examples would be Out of the Easy, where the historical New Orleans setting was really appealing, or Eleanor and Park which sounded really really different (I guess E&P is a combo of all of the above; people raved; Caroline at Big Book Little Book bought it for me as part of the blogger secret santa; the uniqueness of it really appealed to me).

Is there any genre that you wouldn’t read?
Hmmmm. I’m not the hugest fan of SciFi, despite loving fantasy and actually really enjoying SciFi tv shows/films. If I came across one that sounded amazing, I wouldn’t not read it, but I don’t actively read them.

As you can all tell, Cait is lovely, funny and clever and so is The Cait Files! I highly recommend you say hello on Twitter and visit her blog!