My Biggest YA Ships


Now, I don’t know about you, but I can’t help myself when it comes to shipping characters in books. It’s just something that I end up feeling weirdly strongly about and I know, I KNOW, you do too.

I love the friendships that are formed on the back of a shared ship and the wars that break out when they clash, so here are my top six YA ships: 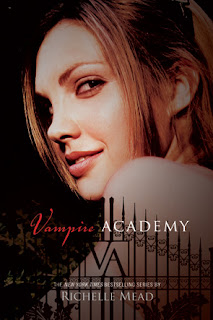 Rose/Dimitri (Vampire Academy, Richelle Mead)
Oh, these two broke my heart. Everything you can imagine was thrown at them, and then everything you thought was far too evil and impossible to overcome. Him being her mentor, death, distance, shame, everything. I raced through each novel as soon as it landed on my doormat just to see how Richelle Mead would torture them next. There were tears and there were squeals of joy, but I won’t tell you which the series ended on...

Clary/Jace (The Mortal Instruments, Cassandra Clare)
Ever since the film came out, these two beauties have a had a flood of support on my Twitter feed as they were captured by the film and discovered the books for the first time. I just remember reading City of Bones for the first time and falling head over heels in love with Jace and wanting him and Clary to be together so fiercely I was a little worried for myself. Then came the end of City of Bones and I nearly through the book across the room. Cruel. 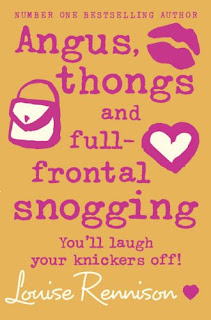 Georgia/Dave the Laugh (The Confessions of Georgia Nicolson, Louise Rennison)
This couple were a slow burn for me. The girl who had to be cut out of her shoes and the boy who lit his farts; I don't know why it wasn’t obvious from the very beginning. I initially shipped Goegria with Robbie, the Sex God, but then as the series went on I realised that my heart lay with Dave the Laugh and the way he made Georgia happiest and the most herself. Perfect.

Po/Katsa (Graceling, Kristin Cashore)
Po and Katsa and Graceing itself snuck up on my and leapt into my heart when I wasn’t expecting it. Their romance is a slow, seductive burn that felt so, so real and Po and Katsa became lodged in my mind for weeks and weeks after I read finished Graceling and I still catch myself thinking about them. A different type of romance for me and for YA, I think. 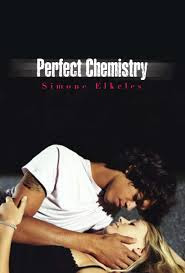 Alex/Brittany (Perfect Chemistry, Simone Elkeles)
This is a book that positively sizzles with sexual chemistry and the fact that Alex and Brittany are opposites and there’s a level of forbidden love only heightens the tension. I think that Simone Elkeles finds the perfect balance between older YA and what NA should be, like Jennifer Echols, and her characters’ relationships reflect that perfectly. Oh, man, now I want to re-read this...

Edie/Dylan (Diary of a Crush, Sarra Manning)
With lovable Edie and gorgeous and toxic Dylan we’re going back to a ship I had before ‘ship’ was even a term. Their relationship rockets from intense kissing in dark developing cupboards to stilted, hungover conversations in Paris. The visceral way they react together is something I’ve wanted from a relationship since I first read French Kiss many, many years ago. I know I’ve said it before, but that seen in the Louvre *fans self*.

It seems that I tend to like the couples that have to go through hell to be together. Hmm.

How do you feel about my ships? Which are your top YA couples? Did you have any that changed in the duration of a book/series?