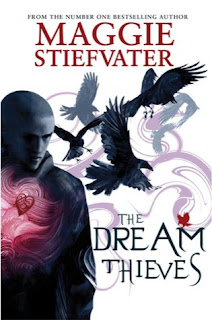 Blue didn't mean to fall for the Raven Boys, but she has – and the more her life entwines with theirs, the more dangerous it becomes.

Ronan is the most dangerous of all.

He’s the haunted one, the darkest, the most raven.

His dreams invade reality and confuse what is true.

With magic growing stronger around them, now is a time to be wary. Before everything unravels... Friendships will be tested. Someone will be hurt.

And a kiss will be shared.

YAY! Thanks so much Scholastic! Also, this proof is such a good one that I only just realised it wasn’t a finished copy... - The average person eats a ton of food a year.

- Being a Geek + Model = a whole new set of graffiti on your belongings.

- but clearly she knows nothing about boys. And on a whirlwind modelling trip to Tokyo, Harriet would trade in everything she’s ever learnt for just the faintest idea of what she’s supposed to do next...

Oh, I can't wait for this. It’s going to be so much fun! Thanks Harper Collins! 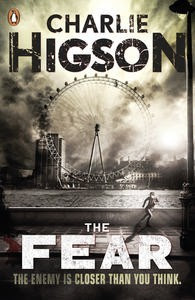 They all had nightmares.
They’d all lost someone.
Some of them had lost everyone.

The sickness struck everyone over fourteen.
First it twisted their minds.
Next it ravaged their bodies.
Now they roam the streets – crazed and hungry.

The infected hide across London. Landmarks have become camps and gangs roam the streets, fighting the Enemy – and each other.

But DogNut is determined to track down his lost friends and he sets off on a dangerous adventure from the Tower to Buckingham Palace. He can’t know that his next move will affect every other survivor in the city. He, alone, cannot stop the fear from spreading...

I read and love the first two books in this series but fell a little behind, so I was really chuffed when I was offered the rest of the series for review. Thanks Puffin!

So, I also received The Sacrifice and The Fallen by Charlie Higson but I don't want to put the summaries up for fear of spoiling myself! 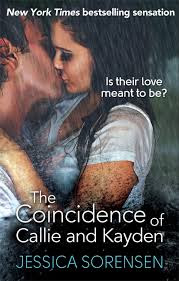 The Coincidence of Callie and Kayden – Jessica Sorensen (paperback)

Callie has grown up keeping her feelings locked away from the outside world, and as her painful past threatens to consumer her life, most days it’s a struggle just to breathe.

For as long as Kayden can remember, suffering in silence has been the only way to survive, until one night when Callie and Kayden’s worlds collide.

After that moment, Kayden can’t stop thinking about Callie and when they end up at the same college, he does everything in his power to convince her that it isn’t coincidence – it’s fate.

My review of The Secret of Ella and Micah is quoted in this! Yay!

My Books Are My Bag Purchase! 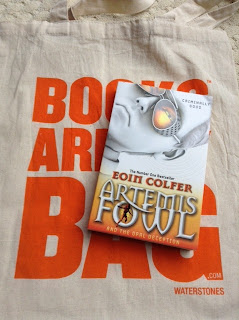 Arch criminal Artemis Fowl’s mind has been wiped. Now someone wants him dead.

Artemis Fowl is the only boy ever to have discovered an armed and dangerous fairy race living below ground. He just can’t remember any of it.

But Artemis needs his memory back – and fast – because a power-crazed pixie is out for revenge, secretly scheming to overthrow the Lower Elements Police. If only Artemis’s one fairy ally, Captain Holly Short, wasn’t on the run. Everyone is depending on him.

And with Holly gone, Artemis is depending on a flatulent dwarf. Things are about to explode...

I’ve been craving the next book in this series for weeks so I saw yesterday as the perfect opportunity to snap it up. And the colour matching is a total bonus!