Bite Size Books (8) The Assassin and the Underworld, The Rise of Hotel Dumort and The Transfer 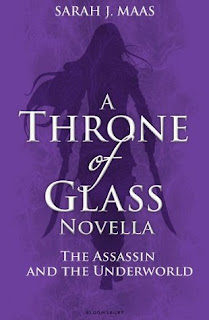 The Assassin and the Underworld – Sarah J Maas

Synopsis
When the King of the Assassins gives Celaena Sardothien a special assignment that will help fight slavery in the kingdom, Celaena jumps at the chance to strike a blow against the evil practice. The mission is a dark and deadly affair that takes Celaena from the rooftops of the city to the bottom of the sewer – and she doesn’t like what she finds there.

Mini-review
Sarah J Maas can do nothing short of awesome in my eyes and The Assassin and the Underworld just helped maintain that viewpoint.

I was so looking forward to seeing Celaena and Sam reunited in this instalment. After the mission in the first and the aftermath in the second, I was really curious to see how their relationship had changed and developed. I loved that everything wasn’t immediately all smiles and roses; they had to find a way to deal with the change in the way they acted with each other and I especially loved Celaena’s fumbled attempts to smooth over her bad behaviour.

Even though Celaena was back in the laps of luxury at the Assassin’s Keep, things had changed for her. I feel that with every one of these stories she grows closer to the Celaena I know and love and her independence and respect for herself came on leaps and bounds in The Assassin and the Underworld. I’m off to download the next one, The Assassin and the Empire. 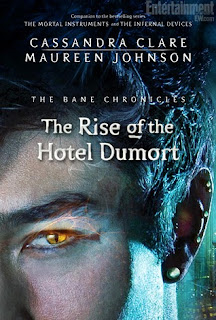 Synopsis
The immortal Magnus Bane is making the most of the Roaring Twenties: He’s settled into New York society and is thriving among the fashionable jazz set. And there is nowhere better to see and be seen than the glamorous Hotel Dumont, a glittering new addition to the Manhattan landscape. But nothing lasts forever... Fifty years later, the hotel is decayed and ruined, as dead as a place can be. but the vampires don’t seem to mind.

Mini-review
This is such a fun series and The Rise of Hotel Dumort was no different.

Set in 1929, the 20s suits Magnus to a tee. I loved that he owned a fabulous speakeasy; I could completely picture it and it was so easy for him to hide from the authorities. Brilliant! I really love how Cassandra Clare, Maureen Johnson and Sarah Rees Brennan incorporate historical events into Magnus’ life and I think that the Wall Street Crash was edged in nicely in this instalment.

There was also some great hints at finding out a bit more about Magnus’s backstory and life outside of the Shadowhunters. Love it! 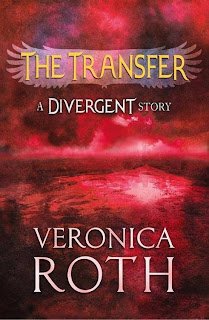 Synopsis
The first of four short stories told from Four’s perspective. Each brief story explores the world of the Divergent series through the eyes of the mysterious but charismatic Tobias Eaton, revealing previously unknown facets of his personality, backstory and relationships.

Mini-review
Though incredibly short, The Transfer launched me straight back into the world of Divergent and gave me a glimpse into the gorgeous and enigmatic Four before he became Four. Showing his test, Choosing Ceremony and fear landscape, I got to see him when he was small and scared and launch onto the path of being who I feel in love with in Divergent.

Fans of Four are going to lap up these short stories!