David Levithan is a YA legend and Lisa Williamson (The Art of Being Normal) and Louise O’Neill (Only Ever Yours and Asking for It) have taken the book world by storm in 2015 and they’re doing a tour together!

I know, I did a happy dance too.

Recently YA has taken the lead in shouting about diversity and inclusion in areas such as sexuality, gender and social norms to name a few. and. The #NewDayNewNormal tour will celebrate this with authors who are at the top of the game when writing about issues that teens face on a daily basis. 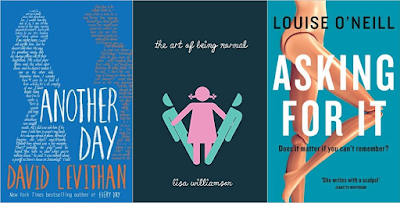 It’s super easy to book your tickets, all you need to do is pop along to the Waterstones website and done!

I’ve already got my ticket to the London event so I hope I’ll see some of you there! And don’t forget that it’s not just London, the tour is also stopping at Cardiff, Oxford and Brighton too!