Letterbox Love is a way to show you all of the lovely, lovely books I’ve gotten in the post, bought and everything else over the last week. Summaries are taken from the cover, or Amazon/NetGalley/Goodreads in the case of e-books, unless otherwise stated.

I snagged these two proofs in the goody bag from the YALC Blogger Brunch. Thanks Nina and Kat! 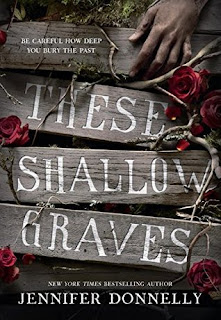 Josephine Montfort is beautiful and rich, and soon she’ll be married off to a handsome, wealthy gentleman. But that’s the last thing she wants. Jo dreams of becoming a writer – an investigative journalist like the trailblazing Nellie Bly.

Wild aspirations aside, Jo’s life seems perfect until tragedy strikes: her father is found dead. Charles Montfort apparently shot himself while cleaning his pistol. But as New York City’s wealthiest men – owner of a newspaper and partner in a huge shipping firm – JO knows he was far too intelligent to clean a loaded gun.

Unable to accept that her father could have been so careless, she begins to investigate his death with the help of a smart, infuriatingly handsome reporter, Eddie Gallagher. In their race against time to discover the truth it becomes all too clear how much she stands to lose if she keeps searching for answers. But now it might be too late to stop.

The past never stays buried forever. Life is dirtier than Jo Montfort could ever have imagined, and this time the truth is the dirtiest part of all.

I’m a bit fussy when it comes to historical fiction, but I’ve only ever heard wonderful things about this author so I’ll give it a go! 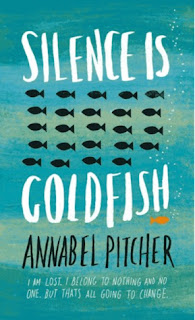 My name is Tess Turner – at least, that’s what I’ve always been told.

I have a voice but it isn’t mine. It used to say things so I’d fit in. it used to tell the universe I was something I wasn’t. It lied.

It never occurred to me that everyone else was lying too. But the words that really hurt weren’t the lies: it was six hundred and seventeen words of truth that turned my world upside down.

Words scare me, the lies and the truth, so I decided to stop using them.

I am Pluto. Silent. Inaccessible.
Billions of miles from everything I thought I knew. 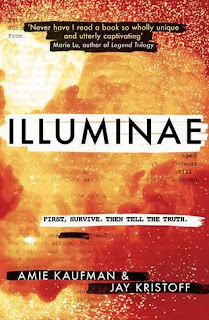 This morning, Kady thought breaking up with Ezra was the hardest thing she’d have to do.

This afternoon, her planet was invaded.

The year is 2575, and two rival megacorporations are at war over a planet that little more than an ice-covered speck at the edge of the universe. Too bad nobody thought to warn the people living on it. With enemy fire raining down on them, Kady and Ezra – who are barely even talking to each other – are forced to fight their way onto an evacuating fleet, with an enemy warship in hot pursuit.

But their problems are just getting started. A deadly plague has broken out and is mutating, with terrifying results; the fleet’s AI, which should be protecting them, may actually be their enemy; and nobody in charge will tell them what’s going on. As Kady hacks into a tangled web of data to find the truth, it’s clear only once person can help her bring it all to light: the ex-boyfriend she swore she’d never speak to again.

Told through a fascinating dossier of hacked documents – including emails, schematics, military files, IMs, medical reports, interviews, and more – Illuminae is the first book in a heart-stopping, high-octane trilogy about lives interrupted, the price of truth, and the courage of everyday heroes.

This looks completely fascinating and totally unique, and massive. Thanks Rock the Boat! 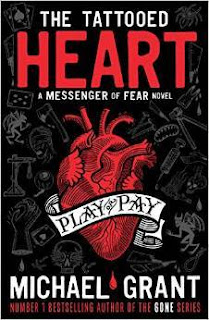 He is the Messenger
Be afraid

A group of people were walking slowly up the road towards us. Four of the men carried something, and I could already guess that this was a funeral procession.

“This is the victim,” Messenger said. “Our business is with the ones responsible. The wickedness we pursue is not murder, but murder’s source.

“It is hatred we pursue. Hatred.”

Messenger and Mara serve the balance. They seek out injustice and punish the wicked. But their world is changing and everything depends on the decisions Mara makes. The Messenger’s apprentice is about to face her greatest test…

Woo, early copy! I can’t wait to read this, even if I am upset it went straight to paperback and I have the first in hardcover… 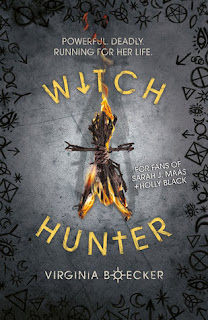 The witch hunter
Elizabeth Grey may look harmless, but don’t let that fool you. She can take out five necromancers with a single sword and slay a wizard at fifty paces.

Accused of witchcraft
But when she’s found carrying witch’s herbs, she’s thrown in jail with no chance of escape. Only magic, which she’s fought against all her life, can save her…

Rescued by the enemy
Now, with Elizabeth’s chances of survival in the very hands of those she has been trained to fight, she faces an impossible choice:

I also bought finished copies of Fire Colour One by Jenny Valentine and The Accident Season by Moira Fowley-Doyle to get signed at YALC. And nabbed a copy of Ruin and Rising by Leigh Bardugo for only £2! Not going to put the summary as I haven’t read books one and two. 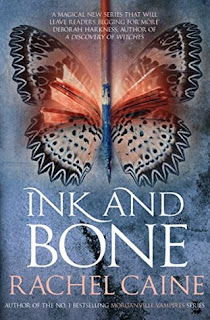 In a world where the ancient Great Library of Alexandria was never destroyed, knowledge now rules the world: freely available, but strictly controlled. Owning private books is a crime.

Jess Brightwell is the son of a black market book smuggler, sent to the Library to compete for a position as a scholar…but even as he forms friendships and finds his true gifts, he begins to unearth the dark secrets of the greatest, most revered institution in the world. 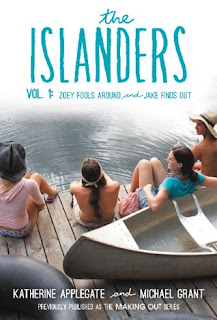 The Islanders Volume 1: Zoey Fools Around and Jake Finds Out, Katherine Applegate and Michael Grant (paperback)

On a small island it’s easy to know everything about your friends…except for the truth.

Two years ago the tiny New England community on Chatham Island was rocked by tragedy – three teenagers had a terrible accident that left one dead. Now Lucas Cabral, the person responsible for the events on that fateful night, has returned. But life on the island isn’t the same, and everyone Lucas once considered a friend refuses to speak to him. Everyone except Zoey Passmore.

Zoey knows that Lucas is off limits…but she can’t seem to stay away from him. Even though she knows it would be better for everyone if he had never come back. Even though she is dating Jake, the brother of the boy who died. As Lucas and Zoey grow closer, Zoey risks tearing apart their close-knit group of friends if they discover the truth…that she’s falling for her boyfriend’s worst enemy.

Friendships will be tested, hearts will be broken, and secrets will be unearthed in the electrifying first two books in the Islanders series.

I recently read and loved the new YA reissue of Daphne Du Maurier’s Frenchman’s Creek so I had to order the other two! 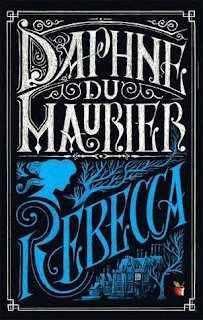 On a trip to the South of France, the shy heroine of Rebecca falls in love with with Maxim de Winter, a wealthy, handsome widower. But as they arrive at Manderley, his Cornish mansion, a change comes over Max and the young bride is filled with dread. Friendless in the osolated house, she realises that she barely knows the man she has married, and in every corner of every room is the phantom of his beautiful first wife, Rebecca. 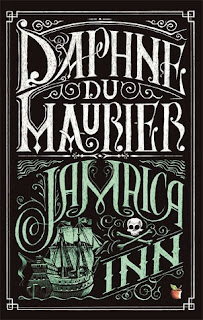 After the death of her mother, Mary Yellan crosses the windswept Cornish moors to Jamaica Inn, the home of her Aunt Patience. There she finds Patience a changed woman, downtrodden by her violent husband Joss Merlyn. Mary discovers that the inn is a front for a lawless gang of criminals, and is unwillingly dragged into their dangerous world of smuggling and murder. Despite herself, she becomes powerfully attracted to a man she dares not trust – Joss Merlyn’s brother. Before long she will be forced to cross her own moral line to save herself. 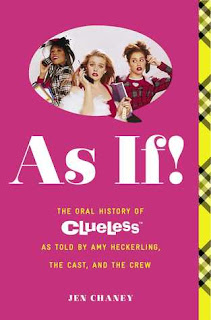 As If! The Oral History of Clueless as Told by Amy Heckerling, the Cast and the Crew, Jen Chaney (paperback)

Will we ever get tired of Clueless?
Ugh, as if!

Chaney explores the influence of Jane Austen’s Emma as the unlikely framework for Heckerling’s script, the rigorous casting process (including the future stars who didn’t make the cut), the functional yet fashion-forward wardrobe, the unique slang that drew from the past and coined new phrases for the future, the sun-drenched soundtrack that set the tone, and – above all – the massive amount of work, creativity and craft that went into making Clueless look so effortlessly bright and glossy.

As If! illuminates why plaid skirts and knee socks will never go out of style, and why Clueless remains one of the most beloved comedies of all time.

I couldn’t not get this, really! Clueless is one of my all-time favourite films. So looking forward to diving into this. 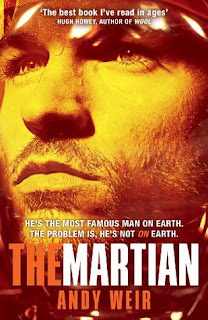 If the Oxygenator breaks down, I’ll suffocate. If the Water Reclaimer breaks down, I’ll die of thirst. If the Hab breaches, I’ll just kind of explode. If none of those things happen, I’ll eventually run out of food and starve to death.

I’ve been thinking about getting this for ages but I was finally pushed into it by Sarah (Feeling Fictional)’s comments on Goodreads while she was reading it.