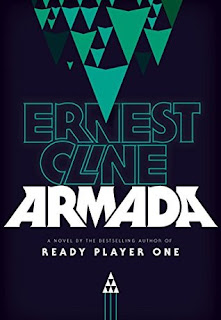 But, hey, there’s nothing wrong with a little escapism, right? After all, Zack tells himself, he knows the difference between fantasy and reality. He knows that here in the real world, aimless teenage gamers with anger issues don’t get chosen to save the universe.

And then he sees the flying saucer.

Even stranger, the alien ship he’s staring at is straight out of the videogame he plays every night, a hugely popular online flight simulator called Armada – in which gamers just happen to be protecting the earth from alien invaders.

No, Zack hasn’t lost his mind. As impossible as it seems, what he’s seeing is all too real. And his skills – as well as those of millions of gamers across the world – are going to be needed to save the earth from what’s about to befall it.

It’s Zack’s chance, at last, to play the hero. But even through the terror and exhilaration, he can’t help thinking back to all those science-fiction stories he grew up with, and wondering: Doesn’t something about this scenario feel a little…familiar?

At once gleefully and brilliantly subverting science fictions conventions as only Ernest Cline could, Armada is a rollicking, surprising thriller, a classic coming of age adventure, and an epic alien invasion tale like nothing you’ve ever read before – one whose every page is infused with the pop-culture savvy that has helped make Ready Player One a phenomenon.

I’ve heard such incredible things about ready Player One that I decided to give his latest a go! 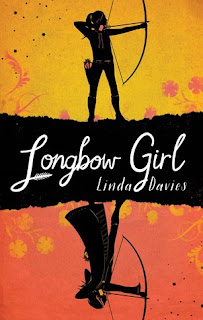 Schoolgirl Merry faces the loss of her family’s farm. For centuries, the Owens have bred ponies in the shadow of the Black Castle, the wild Welsh home of their arch-enemy, the de Courcys.

In the roots of a storm-turned tree, she makes an extraordinary discovery: a treasure that offers her the chance to turn back time and change a past filled with untold secrets and danger.

Merry is brave enough for most things. She’s a skilled rider and archer: a born fighter. But is she ready for this, the greatest adventure of her life?

I’m not really sure this is my thing, but I’ll definitely give it a go! Thanks Chicken House! 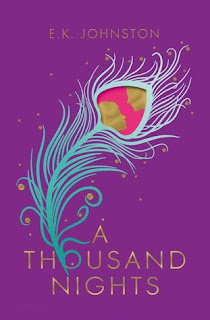 Lo-Melkhin killed three hundred girls before he came to her village, looking for a wife. When she sees the dust could on the horizon, she knows he has arrived. She knows he will want the loveliest girl: her sister. She vows she will not let her be the next one.

And so she is taken in her sister’s place, and she believes death will soon follow. Lo-Melkhin’s court is a dangerous palace filled with pretty things: intricate statues with wretched eyes, exquisite threads to weave the most beautiful garments. She sees everything as if for the last time. But the first sun sets and rises, and she is not dead. Night after night, Lo-Melkhin comes to her and listens to the stories she tells, and day after day she is awoken by the sunrise. Exploring the palace, she begins to unlock years of fear that have tormented and silenced a kingdom. Lo-Malkhin was not always a cruel ruler. Something went wrong.

For away, in their village, her sister is mourning. Through her pain, she calls upon the desert winds, conjuring a subtle unseen magic, and something besides death stirs the air.

Back at the palace, the words she speaks to Lo-Malkhin every night are given a strange life of their own. Little things, at first: a dress from home, a vision of her sister. With each tale she spins, her power grows. Soon she dreams of bigger, more terrible magic: power enough to save a king, if she can put an end to the rule of a monster.

I am so excited for this! Don’t know if I’ll be able to wait until October release month to read it! Thanks Macmillan!