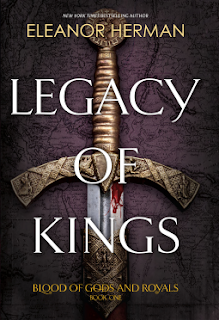 Imagine a time with the gods turn a blind eye to the agony of men, when the last of the hellions roam the plains, and evil stirs beyond the edges of the map. A time when cities burn and in their ashes, empires rise.

Alexander, Macedon’s sixteen-year-old heir, is on the brink of discovering his fated role in conquering the known world, but finds himself drawn to a newcomer…

Katerina must navigate the dark secrets of court life, while keeping hidden her own mission: kill the queen. But she doesn’t account for her first love…

Jacob will go to unthinkable lengths to win Katerina, even if it means competing with Hephaestion, a murdered sheltered by the prince.

And far across the seas, Zofia, a Persian princess and Alexander’s unmet fiancée, wants to alter her destiny by seeking the famed and deadly spirit eaters.

This sounds epic. Thanks Harlequin Teen and NetGalley! 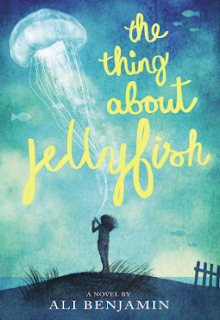 A stunning debut about how grief can open the world in magical ways.

After her best friend dies in a drowning accident, Suzy is convinced that the true cause of the tragedy is a rare jellyfish sting. Retreating into a silent world of imagination, she crafts a plan to prove her theory – even if it means travelling the globe alone. Suzy’s achingly heartfelt journey explores life, death, the astonishing wonder of the universe…and the potential for love and hope right next door.

This sounds sad and beautiful and completely wonderful. Thanks NetGalley and Little, Brown US! 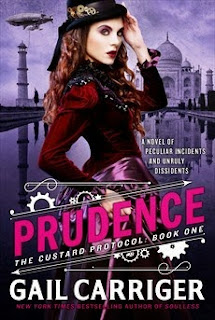 Introducing The Custard Protocol series, in which Prudence, daughter of Alexia Maccon, travels to India for Queen and country…and the perfect pot of tea.

When Prudence Alessandra Maccon is bequeathed an unexpected dirigible, she does what any sensible female under similar circumstances would do – christens it The Spotted Custard and floats off to India.

Soon, she stumbles upon a plot involving local dissidents, a kidnapped brigadier’s wife and some awfully familiar Scottish werewolves. Faced with a dire crisis (and an embarrassing lack of bloomers), Rue must rely on her good breeding – and her metanatural abilities – to get to the bottom of it all…

I adore Gail Carriger’s YA series set in this world so when I spotted this on Amazon for £1.99 I couldn’t resist. Now I just need to read the first series… 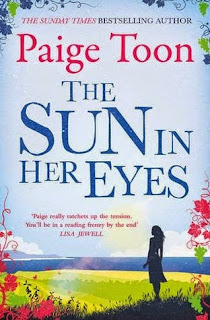 The Sun in Her Eyes, Paige Toon (paperback)

Blinding sunshine… A bend in the road… What became of the little girl with the sun in her eyes?

Amber was three when a car crash stole her mother’s life. She doesn’t remember the accident, but a stranger at the scene has been unable to forget. Now, almost thiry years later, she’s trying to track Amber down.

Amber, meanwhile, is married to Ned and living on the other side of the world in London. When her father has a stroke, she flies straight home to Australia to be with him. Away from her husband, Amber finds comfort in her oldest friends, but her feelings for Ethan, the gorgeous, green-eyed man she once fell for, have never been platonic.

As Ethan and Amber grow closer, married life in London feels very far away. Then Amber receives a letter that changes everything.

‘Before your mother died, she asked me to tell you something…’ 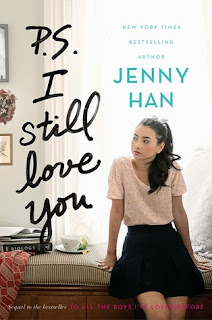 They were just pretending. Until they weren’t. And now Lara Jean has to learn what it’s like to be in a real relationship and not just a make-believe one.

But when another boy from her past returns to her life, Lara Jean’s feelings for him suddenly return too.

Can a girl be in love with two boys at once?

In this charming and heartfelt sequel to the New York Times bestseller To All the Boys I’ve Loved Before, Lara Jean is about to find out that falling in love is the easy part.

I really loved To All the Boys I’ve Loved Before so I’m looking forward to this. 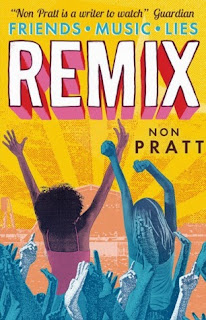 From the author of Trouble comes a novel about boys, bands and best mates.

Kaz is still reeling from being dumped by the love of her life… Ruby is bored of hearing about it. Time to change the record.

FINALLY! Thanks so much Cait! This rather battered proof has been passed around and read by about 7 people so I’ll carry it on and pass it along once I’m done – anyone want it? (UK only!)