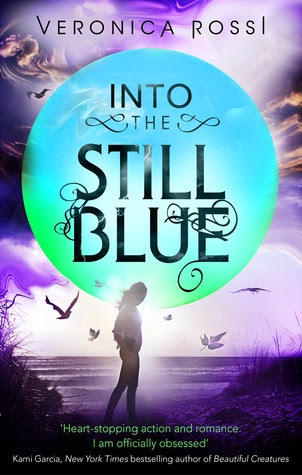 Worlds kept them apart.
Destiny brought them together.

Outside the dome of Reverie, Aria and Perrie are struggling to keep their people from tearing each other apart. Their situation is desperate and, with the Aether storms worsening, time is running out for them to rescue Cinder from Hess and Sable.

Cinder is both the key to unlock the Still Blue and their only hope for survival, so Aria and Perry assemble an unlikely team to attempt a daring rescue mission. They know that in a dying world, the bond of friendship is what matters most.

In this final book in the Under the Never Sky trilogy, the stakes are raised to the absolute limit and Aria’s love story is brought to an unforgettable close.

I really need to catch up with this series. Thanks Atom! 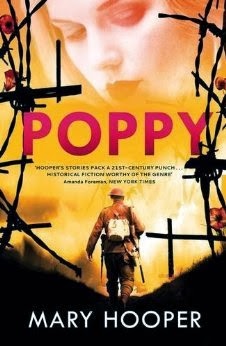 A sweeping, romantic, heartbreaking novel set against the backdrop of World War I.

Poppy is young, beautiful and clever – and working as a parlourmaid in the de Vere family’s country house. Society, it seems, has already carved out her destiny.

But Poppy’s life is about to be thrown dramatically off course. The first reason is love – with someone forbidden, who could, ever marry a girl like her. The second reason is war.

As the lists of the dead and wounded grow longer, Poppy must do whatever she can to help the injured soldiers, knowing all the while that her own soldier may never return home...

Although I’m not a huge fan of war stories, I do love Mary Hooper’s writing so I’m looking forward to seeing how I get on with this. Thanks NetGalley and Bloomsbury! 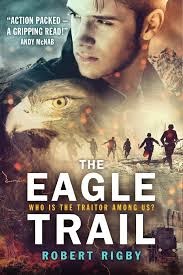 Who is the traitor among us?

Fleeing Nazi-occupied Antwerp, where his father has been shot and his mother arrested, Paul Hansen finds himself in a desperate flight through Belgium and France to the Pyrenees, aided by members of the Resistance.

But the deadliest challenge lies ahead. Does Paul have the wits, strength and will to survive the Eagle Trail?

Not really sure this is m thing, but thanks Walker! 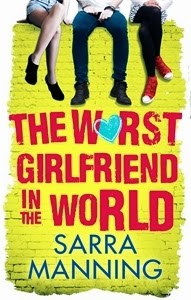 The Worst Girlfriend in the World, Sarra Manning (proof)

Franny Barker’s best friend, Alice, is the worst girlfriend in the world according to the many boys of Merrycliffe-on-Sea. She toys with them, and dumps them. But she’ll never dump fashion obsessed Franny. Nothing and no one can come between.

Not even wannabe rock-god and sultry-eyed manchild, Louis Allen, who Franny’s been crushing on hard. Until Alice, bored with immature boys and jealous of Franny’s new college friends, sets her sights on Louis. Suddenely, BFF are bitter rivals.

Is winning Louis’s heart worth more than their friendship? There’s only one way for Franny to find out.

AHHHH! Yay, I love Sarra Manning’s books! I have no idea how I’ll hold out until may for this... Thanks Atom! 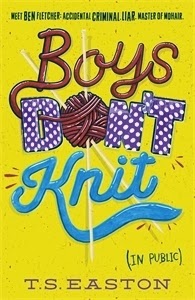 After an unfortunate incident with a lollipop lady (it’s a long story) Ben Fletcher avoids the Young Offenders Unit. Instead he is told to Give Something Back to the community and develop his Sense of Social Alignment.

Of course Ben does what most teenage boys would do: he takes up knitting. He’s always had a Thing for the teacher and it would be a welcome change from endless conversations about Top Ger and Chelsea FC with his dad.

Obviously it doesn’t quite go as he thought it would. There is a high risk of eternal HUMILIATION and becoming REPELLENT to all girls. But Ben’s nothing if not a risk-taker.

I turned down a review copy of this and then everyone fell in love with. I felt left out so ta-dah! 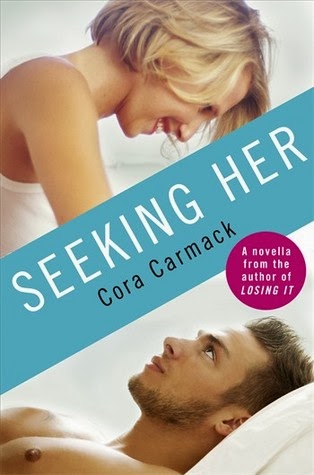 Jackson Hunt hasn't been out of the military for long, but he needs a job and a sense of normalcy if he's going to keep his demons at bay.

Bodyguard (and babysitter) to spoiled rich-girl Kelsey Summers isn't exactly what he'd been looking for, but it's a chance to travel, to get away. The catch: Kelsey's father doesn't want Kelsey to know she's being followed.

She's vibrant and infuriating, exciting and reckless, mysterious and familiar - and she's falling into the same patterns he suffered years ago. Jackson vows to help her, which is more difficult than he thought, expecially because the more he knows her, the more he wants her...

Cora Carmack has become one of my guilty pleasures!