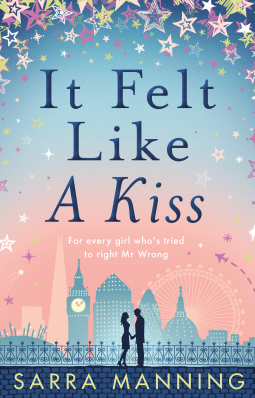 Other Titles by this Author: Guitar Girl; Diary of a Crush: French Kiss, Kiss and Make Up, Sealed With a Kiss; Let’s Get Lost; Pretty Things; Fashionistas: Laura, Hadley, Irina, Candy; Nobody’s Girl; Unsticky; You Don’t Have to Say You Love Me; Top Ten Uses for an Ex-Boyfriend; Adorkable

Ellie Cohen is living her dream. A great job at an exclusive Mayfair art gallery, loyal mates, loving family, and really, really good hair. Well, there’s the famous rock-star father who refuses to acknowledge her  and a succession of ‘challenging’ boyfriends, but nobody’s perfect.

But when a vengeful ex sells Ellie out to the press, she suddenly finds herself fighting to keep her job, her reputation and her sanity. Then David Gold – handsome, charming but ruthlessly ambitious – is sent in to manage the media crisis...and Ellie.

David thinks she’s a gold-digger and Ellie thinks he’s a shark in a Saville Row suit, so it’s just as well that falling in love is the last thing on their minds...

I’m a die-hard fan of Sarra’s YA novels, but I’ve been hesitant about reading her adult novels (though I did buy them all!) so I thought I’d start with It Felt Like a Kiss.

We get two entwined stories with It Felt Like a Kiss, 26 years apart; he story of Billy and Ari and the story of their daughter, Ellie. I love split stories like that. I loved that they were both so similar and so different in character and in the love story.

I fell in love with Ellie. She’s smart, sassy, driven and incredibly unlucky in love. I was championing her and wanting to be with her and cheering her on as she stuck to her guns with David and every single person that tried to poop on her. Every character that surrounded her is vivid and alive and either immensely likable or easy to hate, except from David. I just couldn’t make my mind up about him. I swung wildly from swooning to glaring in only a few lines! It was a really frustrating experience. But saying that, I found is so easy to get sucked in.

The London that Ellie experienced is the London of my ambitions. The London I want to live and work in, the London I want to feel a part of. It’s so alive. Every word Sarra Manning wrote about it painted such a clear picture of a city I already love, but even for people who have never visited our capital, I know they’d have no problems conjuring it up in perfect detail.

Ellie’s experience of being besmirched by the media was vivid and alarming. You don’t tend to question the news stories that flash up on social media and news sites very often, but I honestly think I will now. The pain and disruption to Ellie’s life was so visceral. It was actually quite difficult to read at some points as I felt so helpless and frustrated at her situation. I think that may be part of why I didn’t enjoy It Felt Like a Kiss quite as much as I have all of Sarra’s adult novels; that’s not to say I didn’t enjoy it though – I did! I just don’t know if my heart could take reading the rest of her adult nvoels one after another, especially after meeting Grace and Vaughn from Unsticky; he’s quite unpleasant. Someday, though, someday. But until then, I have a proof of her next YA, The Worst Girlfriend in the World waiting on my shelf. That I know I will adore.

Thanks to NetGalley and Random House for the review copy.