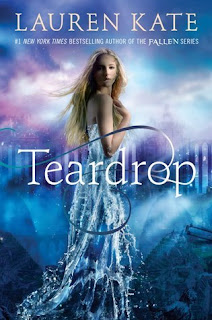 Never, ever cry... Eureka Boudreaux’s mother drilled that rule into her daughter years ago. But now her mother is gone, and everywhere Eureka goes he is there: Ander, the tall, pale blond boy who seems to know things he shouldn’t, who tells Eureka she is in grave danger, who comes closer to making her cry than anyone has before.

But Ander doesn’t know Eureka’s darkest secret: ever since her mother drowned in a freak accident, Eureka wishes she were dead, too. She has little left that she cares about, just her oldest friend, Brooks, and a strange inheritance – a locket, a letter, a mysterious stone, and an ancient book no one understands. The book contains a haunting tale about a girl who got her heart broken and cried an entire continent into the sea. Eureka is about to discover that the ancient tale is more than a story, that Ander might be telling the truth...and that her life has far darker undercurrents that she ever imagined.

I really wasn’t all that bothered until it arrived and I read all the press for it. Thanks RHCP! 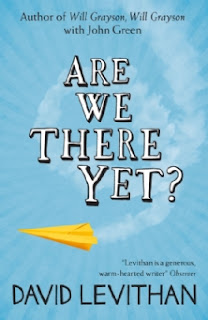 Are We There Yet? – David Levithan (paperback)

Danny isn’t used to having something in common with Elijah, however slight. Their last name is the rope that ties them together.

Danny and Elijah’s lives could not be more different. But a journey together sweeps them up in the romance, wonder and breathtaking beauty of Italy. And falling in love opens their eyes to the distance that’s grown between them.

Can one girl remind them of what it means to be brothers?

I’m so looking forward to reading some of David Levithan’s early solo novels! Thanks HarperCollins! 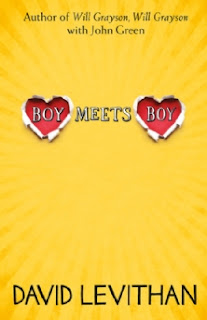 He looks up at me. And then, after a beat, he breaks out smiling. “Hey,” he says, “I’ve been looking all over for you.” I don’t know what to say. I am so happy and so scared.

Paul has been gay his whole life and he’s confident about almost everything. He doesn’t have to hide his feelings like best friend Tony.  Or even cope with loving the wrong guy like his other best friend Toni.

But heartbreak can happen to anyone. Falling in love changes everything...

This is Levithan’s first novel and one of his most loved. Colour me excited. Thanks HarperCollins! 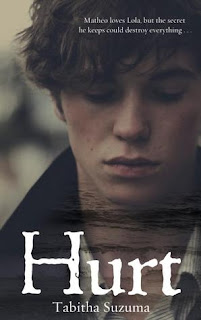 He takes a step forward, losing his breath in the ransacked room.
Fear, like a pinball, bounces against his heart, his head, his throat, until finally settling in his gut, hard and cold. His chest churns with unspecified, wretched thoughts. He wants to hurt someone for all the hurt he is feeling right now... What the hell happened?

At seventeen, Mathéo Walsh is Britain’s most promising diving champion. He is wealthy, popular – and there’s Lola, the girlfriend of his dreams.

But then there was that weekend. A weekend he cannot bring himself to remember. All he knows is that whatever happened then has changed him for ever.

Mathéo is faced with the most devastating choice of his life. Keep his secret, and put those closest to him in terrible danger. Or confess, and lose Lola completely...

I am fully prepared to have my soul torn apart by Tabitha Suzuma again. Bring it on. Thanks RHCP! 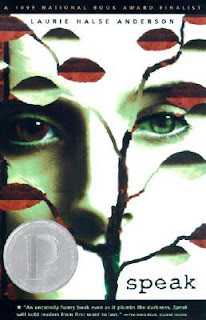 The first ten lies they tell you in high school. “Speak up for yourself – we want to hear what you have to say.” From the first moment of her freshman year at Merryweather High, Melinda knows this is a big fat lie, part of the nonsense of high school. She is friendless, outcast, because she busted an end-of-summer party by calling the cops, so now nobody will talk to her, let alone listen to her. As time passes, she becomes increasingly isolated and practically stops talking altogether. Only her art class offers any solace, and it is through her work on an art project that she is finally able to face what really happened at that party: she was raped by an upperclassman, a guy who still attends Merryweather and is still a threat to her. Her healing process has just begun when she has another violent encounter with him. But this time Melinda fights back, refuses to be silent, and thereby achieves a measure of vindication.

I think it’s about time I read this, don’t you?