Feminism is something that I’ve grown more and more invested in and aware of over the last few years, but it’s become a very hot topic of late. In thinking of my own awareness of the subject I started to wonder if younger girls and older women who aren’t in the presence of the social media backlash and books sprung to mind, naturally. Strong female characters are something that’s constantly desired by readers of YA but not many novels in themselves have struck me as feminist novels. 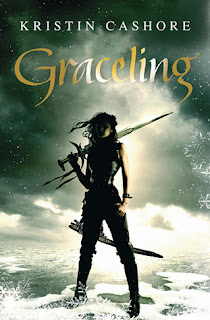 When I read GRACELING earlier in the year, the feminist elements of the novel was one of the strongest impressions that I was left with, this continued with FIRE and I’m sure it’ll be the same for BITTERBLUE. Katsa is fiercely strong and powerful heroine who escapes from the oppression of the king’s rule, but it was her refusal to marry and let a man own her that stayed with me. She fought for her beliefs, even as her situation changed, and championed the idea of girls and women being able to protect themselves.

Keris Stainton approached the subject at a slightly different angle with her debut, DELLA SAYS, OMG!. Keris took an approach to a teenage girl’s sexuality in a way that is rarely seen through Della’s private diary being released into the world. Her embarrassment, and my cringing, at perfectly natural things that when related to a guy wouldn’t be blinked at really made me think. 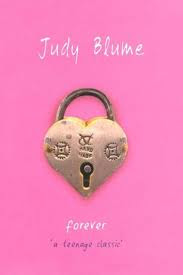 The exploration of sexuality is something often seen as part of a teenager’s life and yet it does seem to be limited to boys so reading FOREVER at the tender age of eleven prepared me for the possibility that maybe everyone was wrong and a girl being interested in sex didn’t make you a slut. For years, Judy Blume has educated girls reading under their duvets and I really wish that she was more known among younger teens now.

One of the most straightforward attacks on how women are presented and dictated to by society and the media is Libba Bray’s BEAUTY QUEENS. Telling the story of a group of beauty queens stranded together on a desert island, Bray explores the ideas of traditional female beauty with scathing accuracy. See discusses the right of women and girls to have an opinion and how we often apologise for having one. It’s an eye-opening read that I practically begged my little sister to read. 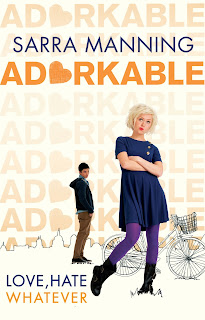 The last book I want to mention is ADORKABLE. Sarra Manning’s novel is about Jeane, a super-successful blogger and internet personality. This is something that seems quite restricted to very attractive young guys, especially in the YouTubing community (danisnotonfire and charlieissocoollike anyone?). Jeane isn’t traditionally attractive, has an unusual fashion sense, she’s a teenage girl and she speaks out on their behalf and this earns her discredit and a small degree of bullying. If that was a man, he’d be a hero.

And some that I *think* are feminist that I haven’t read yet: The Disreputable History of Frankie Landau-Banks, Speak and Not That Kind of Girl.

Do you consider yourself a feminist? Did I miss any of your favourite feminist reads? Do you disagree with any of my picks?