Bite Size Books (7): The Assassin and the Desert, Bones in her Pocket and Duelling Magics 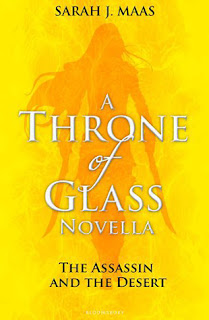 The Assassin and the Desert – Sarah J Maas

Synopsis
The Silent Assassins of the Red Desert aren’t much for conversation, and Celaena Sardothien won’t have it any other way. She’s not there to chatter, she’s there to hone her craft as the world’s most feared killer for hire. Quiet suits her just fine – until she begins to suspect there’s a traitor in the fortress, and she must determine which of the mute and mysterious assassins is her deadly adversary.

Mini-review
Man, I’m in love with everything this woman writes. The Assassin and the Desert picks up shortly after Celaena and Sam have returned home from their adventures in Skull’s Bay and faced the consequences. It really feels like a series and many references and connections are made between them which I loved.

While at the fortress, Celaena makes friends with Ansel who I fell in love with immediately. She’s strong, bolshy and very much like Celaena. There were good for each other and it was nice to see Celaena interacts with girls and learn a little humility really. then there’s an explosive twist that made me whine ‘Nooooo’ at my uncaring cat.

With the character growth, brilliant story and a stunning setting that I’m beginning to see is one of Sarah J Maas’ strengths, The Assassin and the Desert was a great way to spend an hour of my Sunday and I’ve already downloaded the next story in the series. 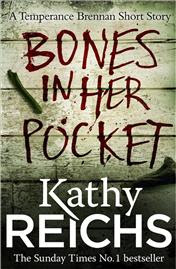 Bones in Her Pocket – Kathy Reichs

Synopsis
Dr. Tempe Brennan has seen it all. Human bones. Animal bones. Old bones. Young bones. Male bones. Female bones. What she hasn’t seen is all of them mixed together in the same case.

The foothills of North Carolina aren’t the only unfamiliar territory Tempe faces as she races to learn the meaning of the Bones in her Pocket.

Mini-review
It’s been a long, long time since I’ve read a Tempernace Brennan novel – about three years – even though I pre-order the new one in super-expensive hardback each year... It was lovely to be back in Tempe’s world of science, floaters and convoluted cases. As ever, I loved Kathy Rsichs’ unrestrained use of science terms and words/techniques specific to forensic anthropology; it just feels so authentic. And I learn things! It’s good to get a brain work out in a book every now and again.

I’d never noticed how sharp and staccato Reichs’ prose is before and it’s given me a whole new respect for her (to add to the towering pile...) and I’m now eager to go back and read the books that I’ve missed. I actually genuinely started to panic at the lack of mentioning of one of the characters in the main novels, Andrew Ryan, who I love, and was terrified that I’d missed something huge. There wasn’t nearly as much of Tempe’s personal life and goings on than there would be in the novels and I was interested to discover that that was what Reichs dropped to make a short story.

Bones in her Pocket will be a wonderful introduction to Tempe’s world for new readers and a jump start to get stuck back to those who have gone astray. I’m so glad I read this. 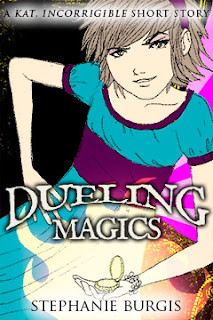 Kat will do almost anything to escape a tedious shopping trip with Stepmama and her sisters...but when she ends up in a magical duel of wits with her older sister Angeline, no one can predict the results!

Mini-review
At only twenty pages Duelling Magics is short and sweet, and so much fun. I love Kat’s world of magical Regency England and I hadn’t realised how much I enjoyed being there until I rediscovered it. It’s made me determined to get around to the final book in the trilogy by the end of the year. Kat, Elissa and Angeline are just so much fun to be around and I would have loved to have grown up in that house, even with the chaos, pranks and torture of older sisters!

A gorgeous addition to a wonderful trilogy!