From Page to Screen: Warm Bodies 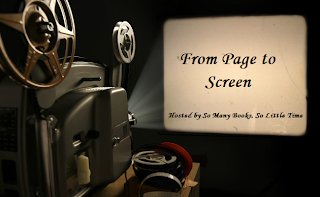 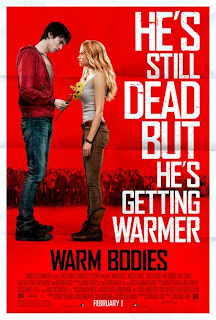 What’s it about?
R is a zombie. He lives in an aeroplane with an extensive record collection and too many thoughts. Julie is the daughter of the leader of a city of survivors who gets caught as R and his friends go hunting. Julie sparks something in R and he rescues her, taking her back to the airport. Something new and scary is set in motion; something that could change the desolate, damaged world.

How did it hold up?
Though the novel didn’t blow me away like I was expecting it to, I was still anticipating falling completely in love with the adaptation. I’d heard such amazing things about it! Though I enjoyed it, and even loved certain moments, overall it was a tad disappointing. 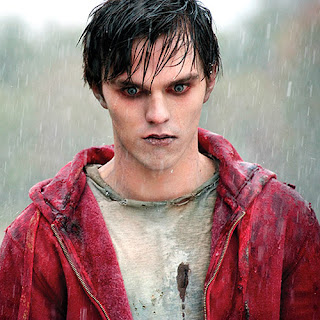 I really enjoyed R’s snarky and funny internal narration. It gave a real sense of his brain operating separately to his body which was so prevalent in the novel, but it didn’t always stay that way. I didn’t like the way we were taken out of R’s viewpoint and zoomed out to view the survivors; it almost undermined the spot on narration for me and alienated it from the novel.

The translation from R’s mind to R’s speech was really well done, however. His physical struggle to speak was realistic and his frustration came through even with the minimal facial expressions at first. I loved how it developed and became easier the more time he spent with Julie and as he continued to experience the flashes of Perry’s life with Julie. Though I enjoyed aspects of their relationship, it just didn’t feel as right as it did in the novel. I don't know, I just guess that a human falling in love with a zombie is so much easier to become invested in in a novel; a film is a little too realistic for me in this case.

Aside from quite a few niggles with Warm Bodies, I really loved the casting. Everyone played the parts brilliantly and really captured the characters that I had imagined, but Nicholas Hoult really shone. His minimal facial expressions and stilted, struggling movements were spot on and I loved that he became more and more human throughout the film. Also, even as a zombie, Hoult looked extremely hot. Is that weird? Yeah, it’s weird, but I don’t care. 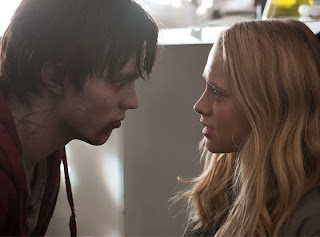 Warm Bodies ended with a bang for me. The novel finished on more of a whimper and I was a little bleurgh about it as I didn’t expect there to be a sequel and I don’t really want one. The adaptation ended in a way that I wanted in the book: final, resolved and complete. In fact, the final twenty minutes or so was my favourite part of the film. There was a hopeful but open finale that was satisfying and it’s honestly what saved the film for me.

I doubt I’ll watch Warm Bodies again, but I am glad I watched it. It was interesting to see such a literary zombie novel translated onto the big screen.

Book or film?
I’m honestly not really bothered by either, but I think Nicholas Hoult’s attractiveness swings it in the direction of the film. Shallow, I know.

Did it capture the feel of the novel for you? How did you think the actors managed playing zombies? Book or film?