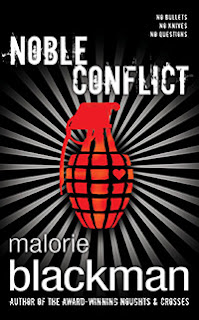 Years after a violent war destroyed much of the world, Kaspar has grown up in a society based on peace and harmony. But beyond the city walls, a vicious band of rebels are plotting to tear peace apart. It is up to the Guardians – an elite peascekeeping force – to protect the city, without ever resorting to the brutal methods of their enemy.

When Kaspar joins the Guardians, he has a chance encounter with another rebel – a beautiful girl named Rhea. Haunted that moment on by strange visions and memories – memories that could only belong to Rhea – he realises he hasn’t been told the truth about what the rebels want, and what he’s really fighting for.

I feel like a bad person for not loving Noughts and Crosses so I’m hoping I’ll like this a bit more. Thanks RHCP and NetGalley!

My mum brought up a few packages from home as well but I didn't have time to write them up so they'll be included in next week's Letterbox Love. 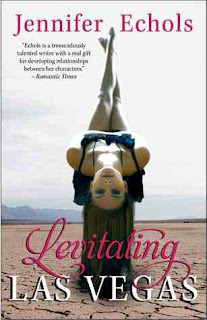 From the award-winning, wildly popular author of Such a Rush and Going Too Far comes a sexy and fun new adult romantic comedy with a paranormal twist, available exclusively as an eBook.

Twenty-one-year-old showgirl Holly Starr is sick and tired of assisting her dad, a celebrity magician, in his Las Vegas casino magic show. As soon as he keeps his promise to her and shares the secrets to his tricks, she can break out on her own. But can she really make it? For years Holly has taken medication to stave off crazy hallucinations that she can levitate objects. Just when she thinks she’s ready to make a career and a life for herself, her medicine – and her luck – run out.

Elijah Brown suffers from a similar delusion – he thinks he can read minds – and he’s out of medicine too. Determined to save himself and his old flame Holly, her kidnaps her and takes her to a town high in the Rockies where their medicine is made. What they discover there leads them to discover their powers are not imaginary at all...and neither is the intense attraction they feel for each other.

They make a pact to stick together as they return to Vegas to confront the people who kept them in the dark for so long. But soon they’re pitting their powers against each other in a dangerous world where the nightlife is seductive, domination is addictive, and sex is beyond belief...and falling in love can lead to murder.

I love Jennifer Echols’ books so I couldn’t pass this up! 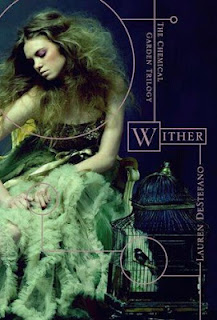 What if you knew exactly when you would die?

When sixteen-year-old Rhine Ellery is taken by the Gatherers to become a bride, she enters a world of wealth and privilege. Despite her husband Linden’s genuine love for her, and a tenuous trust among her sister wives, Rhine has one purpose: to escape – to find her twin brother and go home.

But Rhine has more to contend with than losing her freedom. Linden’s eccentric father is bent on finding an antidote to the genetic virus that is getting closer to taking his son, even if it means collecting corpses in order to test his experiments. With the help of Gabriel, a servant she trusts, Rhine attempts to break free, in the limited time she has left.

I’ve been wanting to read this for years, so after seeing it on Amazon for £1.99, I couldn’t not get it! 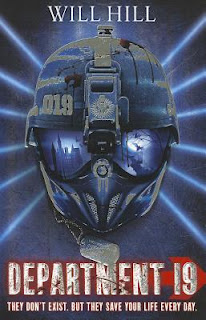 In a secret supernatural battle that’s been raging for over a century, the stakes have just been raised – and they’re not wooden anymore.

When Jamie Carpenter’s mother is kidnapped  by strange creatures, he finds himself dragged into Department 19, the government’s secret agency.

Sophie
Posted by So Many Books, So Little Time at 10:22
Email ThisBlogThis!Share to TwitterShare to FacebookShare to Pinterest