Before I show you this week’s books, I thought I’d let you in on what’s going on around here from now on.

I got some really helpful comments on my post about what sort of content my readers wanted from my blog and most people wanted discussion and personal posts and something a little different that would share a little bit more of me. So that’s what you’re getting!

I've rejuvenated my blogging schedule and now that uni’s coming to an end I should have more time to dedicate to the blog so I’m going to give blogging everyday a shot. I’ve got some new features in the pipelines that I’m hoping you’ll all love – I do! I’ll keep IMM going, but in the form of the British version, Letterbox Love, and reviews will continue to be posted on a Monday, Wednesday and Friday, with the expected interruptions from blog tour stops when they appear and some extras that will start to pop up over the next few weeks.

I hope you guys got some great books this week and I hope you’ll stop by over the coming days, weeks and months to see what I’ve done with the place! Let me know what you think!

Thanks for all your support, my lovelies! And now, the books! 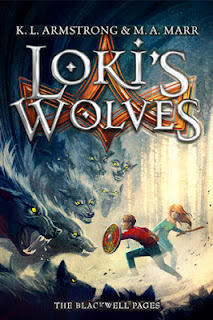 Matt Thorsen knows every Norse myth saga and god as if it were family history – because it is family history. Most people in the modern day town of Blackwell, in fact, are direct descendents of either Thor or Loki, including Matt’s classmates Fen and Laurie Brekke. But knowing the legends and completely believing them are two different things. When the rune readers reveal that Ragnarök is coming and kids – led by matt – must stand in for the gods in the final battle, Matt can hardly believe it.

Matt’s, Laurie’s and Fen’s lives will never be the same as they race to put together an unstoppable team to prevent the end of the world.

I love Melissa Marr’s books and Norse mythology so I think this is going to be a total win for me! Thanks Atom! 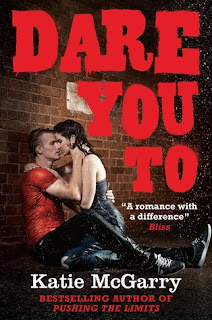 Dare You To – Katie McGarry

Ryan lowers his lips to my ear. ‘Dance with me, Beth.’

‘No,’ I whisper. I hate him and I hate myself for wanting him to touch me again...

Beth Risk has spent her whole life hiding the truth about her family and never letting anyone get too close.

Suddenly sent to live with an uncle she barely knows, she’s struggling to start afresh in a new town and at a new school that doesn’t get her. At all.

Ryan Stone is the school’s gorgeous golden boy – with secrets he can’t tell anyone. As Ryan and Beth dare to let each other in, they’re treading on dangerous ground – and the consequences could change their lives forever.

Woo! LOVED Pushing the Limits and Crossing the Line so I’m super excited for this. Thanks Atom! 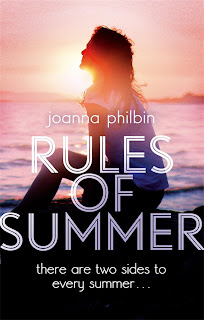 There are two sides to every summer...

Rory McShane’s signed on to be a summer errand girl for a wealthy family with an enormous beachfront mansion. She hopes she’ll be able to sneak in some sunbathing too.

Enter Isabel Rule, who’s not only up for sunbathing but set on having a breathless summer romance that her family would never approve of. Isabel has decided that this is the summer for taking chances, and she’s dragging Rory along for the ride.

But when long-hidden secrets start to surface, their friendship will be put to the test.

I’ve never heard of this before, but it looks good! Thanks Atom! 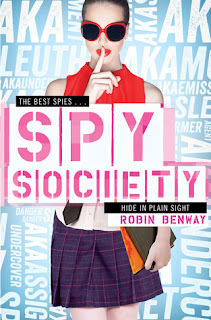 Maggie Silver likes her unusual life; travelling the globe with her spy parents, cracking safes, beating the bad guys...what’s not to love?

But when she’s sent to New York for her first solo assignment, Maggie’s life is transformed. Suddenly she’s navigating the unknown world of high school and trying to complete her mission to befriend Jesse Olivier, the son of a potential national security threat.

And Jesse is no ordinary mark: he’s an aggravatingly cute one that Maggie can’t stop thinking about. She might be a master spy, but Maggie’s about to learn that the mind of a teenage boy is a lot harder to crack that even the toughest safe...

This just sounds like so much fun! I’m also on the blog tour for this so keep an eye out in mid-July! Thanks S&S!

I also got a paperback of Heaven by Alexandra Adornetto which I already have in trade. If anyone wants it, give me a shout! 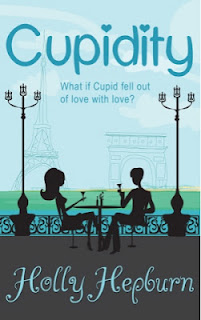 What if Cupid fell out of love with love?

Cupid is exhausted. Modern day matchmaking is tough – people are busy, their hearts are harder to hit and he’s had enough of wall-to-wall romance. And St Valentine has noticed...

Annelise is a Lost Cause. She runs a dating agency but her heart is colder than a penguin’s feet. She thinks love is about compatibility and has no time for passion.

Can Cupid prove to St Valentine that he hasn’t lost his touch by melting Annelise’s heart? Or is curtains for Cupid?

I love Tamsyn Murray’s teen stuff so when I heard she was writing a rom-com e-novella and found it was only 77p, I jumped on it!