Blog Tour: Rachel Ward on A Strong Sense of Place (The Drowning) 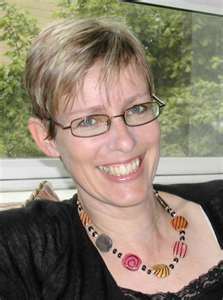 Today I have the fantastic Rachel Ward to tell us all about a sense of place as part of the blog tour for her chilling fourth novel, The Drowning.

A Sense of Place

Some of you may know that I didn’t always want to be a writer. It was something that crept up on me in my mid-thirties. So rather than studying English Literature or Creative Writing at university, I was a Geographer. One of my third year courses was titled ‘A Sense of Place.’ This explored how we relate to places and how we use our senses when we experience them. Without acting consciously, a sense of place has become really important to my writing. Whether or not the places are named as they are in reality, my novels are usually based on particular places that I know, modified to fit my stories.

In ‘Numbers’, Jem and Spider experience disaster at the 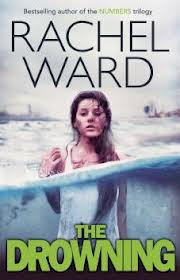 London Eye, then travel from London to Bath via Salisbury Plain, heading for Weston-super-Mare. The bunker in ‘Infinity’ was based on the Burlington Bunker near Corsham, handily relocated closer to Bath. I didn’t intend it to be, but ‘The Drowning’ is a sort of twisted love letter to the town between Bristol and Bath where I worked for ten years, Keynsham. It’s a fantasy Keynsham, with a lake (maybe the Chew Valley Lake) moved near the centre, but the High Street, Carl’s maisonette above the shops, and the alleys and footpaths are based on reality.

Many of my favourite books have a strong sense of place at their heart; ‘Stolen’ by Lucy Christopher, set in the Australian outback, ‘The Tenderness of Wolves’ by Stef Penney, set in the frozen wastes of Canada, similar to snowy Alsaka in ‘The Snow Child’ by Eowyn Ivey, an island in the gulf of Finland in Tove Jansson’s ‘The Summer Book’ and, recently, edgy, revolutionary Manchester in Melvin Burgess’s ‘The Hit.’

You don’t have to have long descriptive paragraphs to create a sense of place. Sometimes a few telling details are enough to create a picture in the reader’s mind. I hope that readers can picture a dark and rain-soaked ‘Kingsleigh’ in ‘The Drowning’ and that the setting is helps to create a story that sends a shiver down the spine and stays in your head long after you’ve finished reading.

Thanks Rachel! I love a strong sense of place in a novel – it really absorbs you in the story.

Don't forget to check out the other stops on the tour and pick up a copy of The Drowning!