Blast From the Past: The Great Gatsby - F Scott Fitzgerald 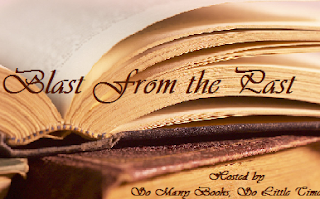 Welcome to another new feature here at So Many Books, So Little Time! In these posts I’m going to be either re-visiting or discovering books I’ve previously passed over. They could be older YA, children’s, children’s classics, classics or books considered modern classics – you never know what might turn up! The only thing you can be sure of it that they were all published before 2005 (EDIT: changed to 2008 to suit by unread shelves better). 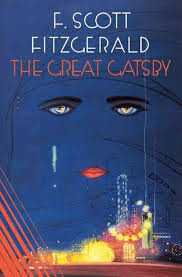 Originally published in 1925 by Scribner.

My edition: The Complete Works of F Scott Fitzgerald, ebook (I loved it so much that I’m going to buy myself one of the gorgeous new paperbacks!)

What’s it about?
During the summer of 1922, Nick Carraway moves to Long Island and finds himself living next door to a beautiful mansion owned by the mysterious Jay Gatsby. Famous for his parties and the fact that nobody knows what he does; Nick accepts an invitation to his next extravaganza.

He becomes tied up in Gatsby’s obsessive love for Daisy Buchanon and the fall out of their doomed relationship.

Why now?
With the new film adaptation starring Leonardo DiCaprio and Carey Mulligan hitting the big screen this year I was convinced that I’d read it before seeing it. I’ve been meaning to read it for years after all. So in the week of the film release, I downloaded it on to my Kindle and spent a few glorious hours in 1922. 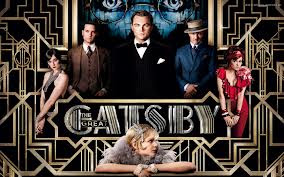 The verdict:
I simultaneously can’t believe I waited so long to read this and I’m glad I waited. I honestly don’t think I would have fully appreciated this a few years ago. There’s something surprisingly subtle and gentle in The Great Gatsby that captured me.

Considering what a famous novel it is and the recent buzz and rejuvenation around Gatsby, I found I knew surprisingly little about the story itself once I started reading it. I was really surprised to find that it wasn’t Gatsby who narrates the novel, but Nick Carraway who lives next door to Gatsby. Nick is one of few characters in the novel that it’s easy to like, apart from maybe Gatsby, but I have a feeling that he’s a bit like Marmite. For the record, I love Marmite and Gatsby. Nick is interesting in his simplicity in comparison to the other characters in the novel and his often elevated narration was a pleasure to read.

I think that that’s one of the things that made me fall so in love with this book: the writing. It’s so, so beautiful. I lost count of how many passages and phrases I highlighted and went to read back over once I finished the novel. I get it. I understand why this novel has lasted so long and still remains a favourite of so many people. Fitzgerald’s turn of phrase is sometimes so beautiful it throws you out of the story, but in a good way. It makes you stop and think about the words and the rather insane world that Gatsby, Tom and Daisy live in. How oblivious they are to people, lives and consequences is mind-blowing and almost absurd with the Great War still hanging over the lives of so many.

The Great Gatsby is a gorgeous glimpse at frivolity, wealth, excess and love and I want to read it all over again.

Still not convinced?
- It’s considered one of the Great American Novels.
- Watch John Green’s two Crash Course Literature videos: ‘Like Pale Gold’ and ‘Was Gatsby Great?’ You’ll want to read it after that, I promise.
- There’s a new film out and you know the rule: book before film! 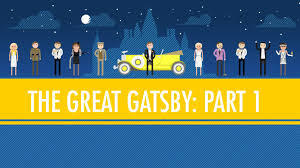 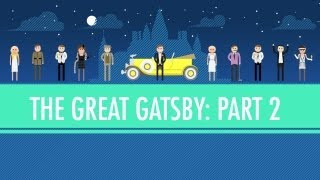 Look out for a From Page to Screen for The Great Gatsby in the next couple of weeks!

Have you read The Great Gatsby? Did it live up to the hype? Did you read the book before or after the film?