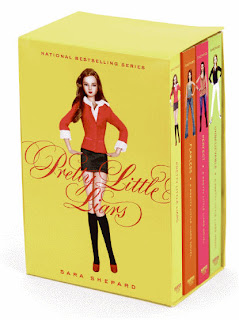 Pretty Little Liars box set - Sara Shepard
Among the mega mansions and perfectly manicured hedges of Rosewood, Pennsylvania, everyone has something to hide - especially four very pretty little liars.
High school juniors Spencer, Hanna, Aria and Emily have been keeping secrets ever since their best friend, Alison DiLaurentis, disappeared three years ago. But when the girls begin receiving threatening notes from someone named “A”, their secrets, the big ones, the little ones, even the long-buried ones - no longer seem safe.
Unravel the Pretty Little Liars’ wildest mysteries in this special box set. But remember, nothing is what it seems in Rosewood…
I’ve actually read the first three of these, but I’m fed up of waiting for Unbelievable to come out in the UK so I got these so I could catch up!
The next three were sent to my from the lovely Nancy of Lush Budget Production. Thanks, Nancy! 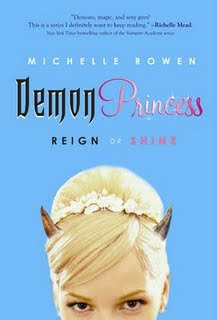 For Nikki Donovan, being a teenage can be hell. Literally.
As if trying to fit in at a new school and navigating the social scene isn’t enough stress for her, sixteen-year-old Nikki Donovan just found out that her long-lost father is, in fact, the demon king of the Shadowlands - the world that separates and protects us from the Underworld. When she is brought there by a mysterious - and surprisingly cute - messenger Michael she learns that he father is dying, and that he wants her to assume the throne. To complicate matters, a war is brewing between the Shadowlands and the Underworld, her half-demon qualities are manifesting, and her growing feelings for Michael are forbidden. Ruling a kingdom, navigating a secret crush, and still making it home by curfew - what’s a teenage demon princess to do? 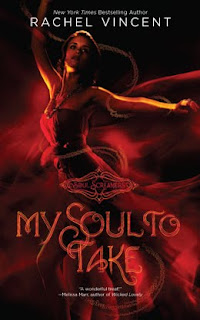 My Soul to Take - Rachel Vincent
Something is wrong with Kaylee Cavanaugh.
She doesn’t see dead people, but…
She senses when someone near her is about to die. And when that happens, a force beyond her control compels her to scream bloody murder. Literally.
Kaylee just wants to enjoy having caught the attention of the hottest guy in school. But a normal date is hard to come by when Nash seems to know more about her need to scream than she does. And when classmates start dropping dead for no apparent reason, only Kaylee knows who’ll be next…
Soul screamers

The last thing you hear before you die 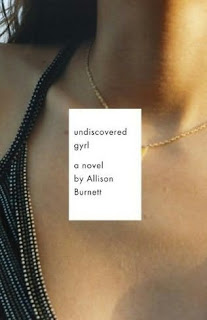 Undiscovered Gyrl - Allison Burnett (ARC)
Only on the internet can you have so many friends and be so lonely.
We’re all famous in our own minds.
Complete honesty is a complete lie.
What’s worse than keeping a shameful secret.
All sex has consequences, most of them dire.
Don’t read my life. Go live your own!
Sophie
Posted by So Many Books, So Little Time at 08:00
Email ThisBlogThis!Share to TwitterShare to FacebookShare to Pinterest