When Ron contacted me, interested in having an interview or guest blog on So Many Books, So Little Time, I decided to hold my first guest blog. I hope you enjoy it and please let me know what you think. Over to you Ron: 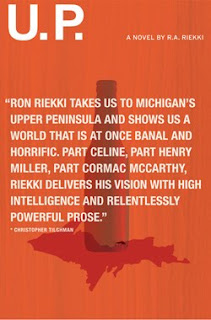 "I've done plenty of guest blogs, but the one Sophie asked for me to write is probably one of the hardest I've had to do . . . or am about to do. You see, she wants me to write about my environment where I write. My worry is that it's going to be boring. There's nothing really that intriguing about where I write. I've seen shows about writers where they take a cameraman and show them their writing desk and the view from their window where they type and it tends to bore me to tears. Well, for me there's no writing desk, because I don't own one. I live in a very sparse bedroom in a house with four roommates in California. But my rent's only $600 a month, which, for California is very cheap. Although my rent when I lived in Michigan was only $250 a month, so I'm still getting used to the leap in expenses. I have four roommates in the house, so I tend to write after they've gone to sleep so that I don't have any distractions. They all have day shifts and I work afternoon shift, so often I only see them for about five minutes a day. So it's at night and it's in my bed. Since I don't have a writing table, I put the laptop on my lap with a pillow underneath and write lying down, because there's not really another option. I found the bed in the trash outside and it looked in great condition so I brought it into the house and have used it ever since. This is the life of a writer. There's a lot of poverty to it. As a matter of fact, if I backed my life up, I'd never have become one. It's not a very good life. Right now I'm meeting with producers in L.A. and doing contract negotiations to turn my novel U.P. into a film and if that happens then things will change, but it's a ton of stress because if that doesn't happen then I have to continue to do telemarketing, which I detest, but the job market in America collapsed. In the background I'll listen to music while I write--lately it's been a lot of Fiona Apple, New Radicals, Elliott Smith, Sinead O'Connor, Oasis, and Radiohead, but I'm all over the place with what I listen to. I really like a lot of bands from England though. And that's really it. Like I said, there's not much for me to write about. I tried to go beyond my environment to other things just so I'd have something to write about, because it's a white small room with not much in it and a view of the wall of the house next door and a bed. That's all. I wish I was Stephen King so I could have some elaborate bat-decorated chair, but it's a boring environment with roommates who never seem to take the trash out and the sound of dogs barking every time a car drives by. Maybe that's why my novels are so intense and crazy--an escape from the realities of the dreariness of lower class American life."
Thanks, Ron! Ron’s book U.P. was published in 2008 by Ghost Road Press.
Sophie
Posted by So Many Books, So Little Time at 09:00
Email ThisBlogThis!Share to TwitterShare to FacebookShare to Pinterest