Mini-Reviews: The Hours, Fingersmith & The Invasion of the Tearling 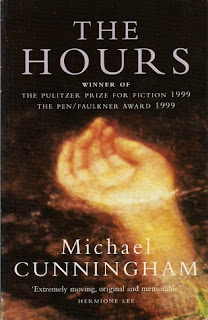 Synopsis
In 1920s London, Virginia Woolf is fighting against her rebellious spirit as she attempts to make a start on a new novel.

A young wife and mother, broiling a suburb of 1940s Los Angeles, yearns to escape and read her precious copy of Mrs Dalloway.

And Clarissa Vaughan steps out of her smart Greenwich Village apartment in 1990s New York to buy flowers for a party she is hosting for a dying friend.

Moving effortlessly across the decades and between England and America, this exquisite novel intertwines the stories of three unforgettable women.

Mini-Review
The Hours was the third novel I picked up in an attempt to tick off the Pulitzer Prize-winner challenge from the Pop Sugar Challenge and the only one I finished!

During my final year of university I did an entire module studying Virginia Woolf and her works. Mrs Dalloway was one of the first novels that we studied so I still remember it clearly which I think added to the experience of reading The Hours, though I don’t think it’s completely necessary to enjoy the novel. I loved seeing the parallels between Virginia’s life, thoughts and feelings and what she wrote into the final novel, as well as in the parallel story of Clarissa and Mrs Brown.

The connections between the three narratives were often unexpected and subtle and always clever. I loved how thoroughly Cunningham understood Woolf and the things she may have wanted to include in her characters’ lives that didn’t necessarily make it to the final cut. Then he worked them into his own modernised reinterpretation with Clarissa living with a woman and her best friend, Richard, dying of AIDS.

Though The Hours is just over 200 pages, it packs an emotional punch and I felt more connected to Woolf’s work than I have in a long time. I'm now planning to give them a reread and finally read the ones I didn’t get to during my degree. 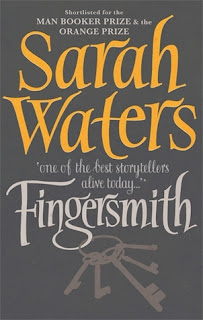 Synopsis
London 1862. Sue Trinder, orphaned at birth, grows up among petty thieves – fingersmiths – under the rough but loving care of Mrs Sucksby and her ‘family’. But from the moment Sue draws breath, her fate is linked to that of another orphan growing up in a gloomy mansion not too many miles away.

Mini-Review
Fingersmith is another book I picked up for the Pop Sugar Reading Challenge, this time for an author with my initials. I could only think of Scott Westerfeld and Sarah Waters, but I’m really glad I gave this a go!

Sarah Waters’ novels are widely beloved, but she wasn’t really on my radar until the latter half of this year and I didn’t really know where to start. After a shout out on Twitter I was told that Fingersmith is the perfect place to start and I loved it! It was both what I expected and not. The historical setting and detail is so rich and vivid that it felt like reading a classic (but without the difficulty!) which is something I've never experienced in modern fiction before. I was so fully immersed in the setting and the characters that the twist after twist after twist that Waters’ delivered threw me every time!

Fingersmith has an unusual structure, and one that I loved: Part One is in Sue’s POV, Part Two in Maud’s and then back to Sue for Part Three. This novel is full of deceit and betrayal, plots and schemes and this structure made it sing. Underneath the masterful storytelling, this novel really explores being a Victorian woman and the danger of emotions for them. Any strength of action or emotion is quickly to be assumed as madness or illness and the inability of a woman to own anything herself makes her entirely reliant on the men in her life; it’s very scary.

I adored this novel and I’m so looking forward to reading more from Sarah Waters; I have The Paying Guests already lined up! 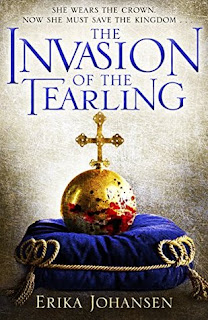 The Invasion of the Tearling, Erika Johansen
525|Transworld Digital|9th June 2015

Synopsis
With each passing day, Kelsea Glynn is growing into her new responsibilities as Queen of the Tearling. By stopping the shipments of slaves to the neighbouring kingdom of Mortmesme, she crossed the Red Queen, a brutal ruler whose power derives from dark magic, who is sending her fearsome army into the Tearling to take what is hers. And nothing can stop the invasion.

But as the Mort army grows ever closer, Kelsea develops a mysterious connection to a time before the Crossing, and she finds herself relying on a strange and possibly dangerous ally: a woman named Lily, fighting for her life in a world where being female can feel like a crime. The fate of the Tearling – and that of Kelsea’s own soul – may rest with Lily and her story, but Kelsea may not have enough time to find out.

Mini-Review
Though The Invasion of the Tearling took me a lot longer to read than normal, I really, really enjoyed it, perhaps even more than book one.

The element of this novel that pushed it in front of its predecessor was the inclusion of Lily’s story. Lily’s narrative did a lot for the main plotline of the novel: it expanded the genre to dystopia/fantasy, answered questions about and provided background for Kelsea’s world and allowed the story to become even more fiercely feminist. Lily is married to a rich, important man and lives in pre-Crossing New York. In her world, women have no rights; they are owned by their men and their every move is watched, judged and calculated. The world is viscerally horrible – rape, consent, domestic abuse, ownership of women’s bodies and rights, plutocracy and high-tech Big Brother style Security - and I cringed through Lily’s interactions with her husband Greg, and everyone expect Jonathan, actually.

These chapters became my favourites and I loved when Kelsea was sent back to watch Lily’s story unfold and slip pieces of the puzzle together. It was interesting to see how Kelsea’s world is a regressed, future version of the pre-Crossing world, but also not in the simple fact of a female Queen. Seeing how William Tear’s vision of the New World ended up generations in the future was super cool and I don’t think I've ever read a fantasy novel where we get that much background information on the founding of a new kingdom before; it felt fresh and unique.

Though I lagged in the middle of The Invasion of the Tearling, I still really loved it and I’m both excited and nervous to see how everything comes to a conclusion in The Fate of the Tearling in the summer.