Blast From the Past: Jane Eyre 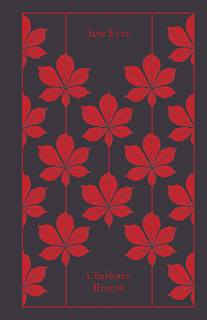 Originally published in 1847 by Smith, Elder and Company
(under the pseudonym Currer Bell)

My edition: the beautiful (and rather hefty) Penguin Clothbound Classics hardback.

What’s it about?
Orphaned into the household of her Aunt Reed at Gateshead, subject the the cruel regime at Lowood charity school, Jane Eyre nonetheless emerges unbroken in spirit and integrity. How she takes up the post of governess at Thornfield Hall, meets and loves Mr Rochester and discovers the impediment in their unlawful marriage are elements in a story that transcends melodrama to portray a women’s passionate search for a wider and richer life than that traditionally accorded for her sex in Victorian society.

Why now?
Well, I should have read it in my first year of university and I didn’t. Now I feel that that was a grave slight and I need to rectify it. And Stacey from Pretty Books told me she loved it.

The verdict:
Well, I actually should have read this for one of my core modules at uni, but I think I only managed a few chapters, and after reading it now, I know that I never would have made it all the way through. I struggled with Jane Eyre for most of the novel.

Though Charlotte Bronte’s writing is beautiful, it’s also quite dense. It took me a long time to read and I ended up having to make myself read on my Kindle as I tend to read quicker that way and so I could make myself read 10% at a time to get through it. It wasn’t until I reached about 60/70% where Jane finds out about Bertha that I became properly involved and that was mostly because of Jane herself.

She really is a character before her time. She refuses to accept injustice put upon her by her aunt and cousins; she values passion, intelligence and fairness; and most significantly, she won’t marry Rochester until they are on equal footing. When he has power over her and is above her in society, Jane struggles with what will become of their relationship, but after the horrific fire at Thornfield and Rochester is a very different man, she enters into a marriage with a partner, not a master. Before, Rochester was manipulative and really quite messed up, but Jane gaining independence and Rochester becoming injured helped them both into a position where they could work together, where they needed each other. It wasn’t until then that I bought into their love story at all. It had seemed to master and servant to me before that.

She’s also narrating the novel in direct address which I adore. I was so glad to see that the famous line, ‘Reader, I married him’ was far from the only time that she addresses the reader. Then at the end of the novel when she relates that’s she’s telling her story ten years from the end of the story, I really felt like I had been at the receiving end of being told a story by a friend. It was lovely.

So, yes. I struggled with Jane Eyre but finishing it felt like a real accomplishment and I’m really glad I did it. It was worth it to meet Jane, to be honest!

Still not convinced?
- John Green’s Crash Course Literature video (again): Reader, It’s Jane Eyre
- Jane is a heroine way before her time.
- You totally want to actually read all those super famous quotes, right? (Or is that just me?)