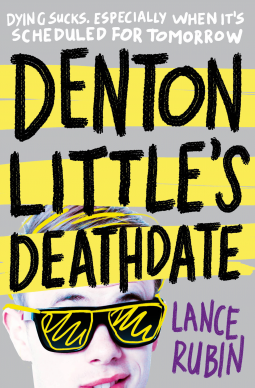 Imminent death has never been so funny! Denton Little’s Deathdate takes place in a world exactly like our own – except everyone knows the day on which they will die.

For Dentpn, that’s in just two days – the day of his senior prom. Despite his early deathdate, Denton has always wanted to live a normal life – but his final days are filled with dramatic firsts. First hangover. First sex. First love triangle (the first sex seems to have happened not with his adoring girlfriend, but his best friend’s sister. Though he’s not totally sure – see first hangover).

His anxiety uild when he discovers a mysterious purple rash making its way up his body. Is this what will kill him? Then a strange man shows up at his funeral, claiming to have know Denton’s long-deceased mother, and warning him to beware of suspicious characters...

Suddenly Denton’s life is filled with mysterious questions and precious little time to find the answers. Debut author Lance Robin takes us on a fast, gripping, and outrageously funny ride through the last hours of a teenager’s life as he searches for love, meaning and (just maybe) a way to live on...

Man, this sounds good! Thanks S&S and NetGalley! 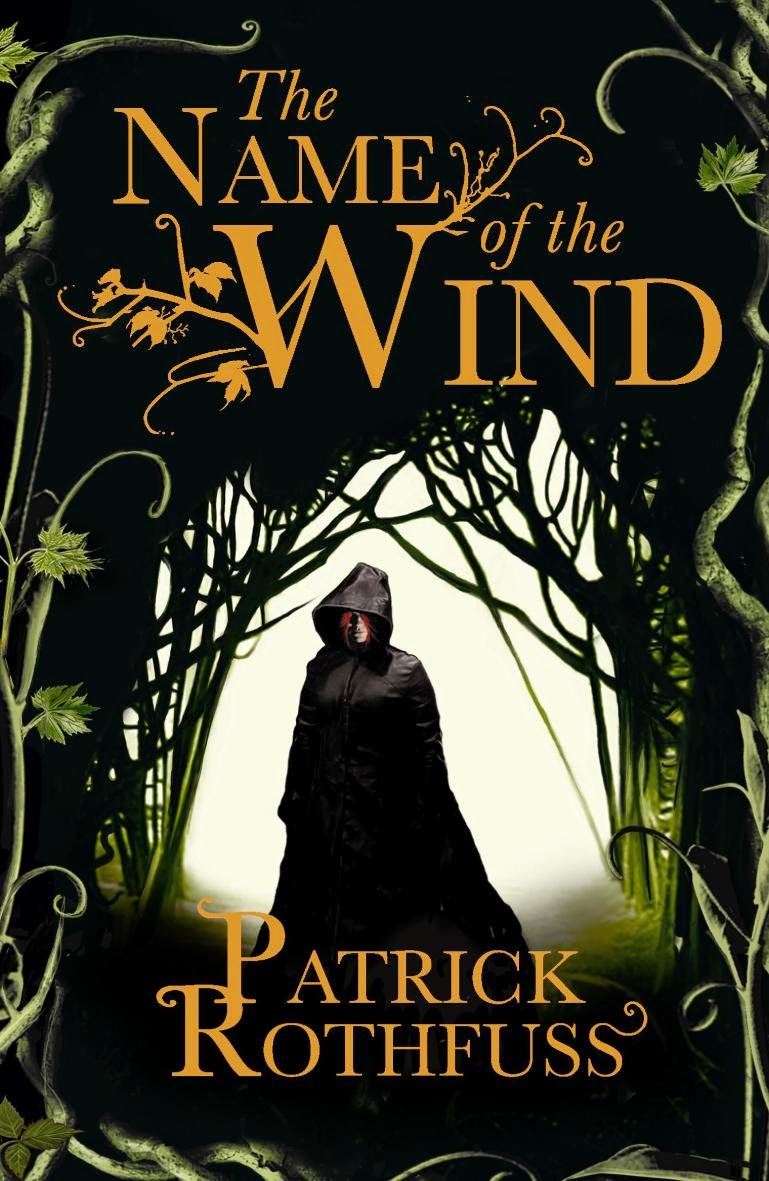 The Name of the Wind, Patrick Rothfuss (e-book)

‘I have stolen princesses back from sleeping barrow kings. I burned down the town of Trebon. I have spent the night with Felurian and left with both my sanity and my life. I was expelled from the University at a younger age that most people are allowed in. I tread paths by moonlight that others fear to speak of during day. I have talked to Gods, loved women, and written songs that make minstrels weep.

My name is Kvothe.

You may have heard of me.’

So begins the tale of Kvothe – currently known as Kote, the unassuming innkeeper – from his childhood in a troupe of travelling players, through his years spent as a near-feral orphan in a crime-riddled city, to his daring brazen yet successful bid to enter a difficult and dangerous school of magic. In these pages you will come to know Kvothe the notorious magician, the accomplished thief, the masterful musician, the dragon-slayer, the legend-hunter, the lover, the thief and the infamous assassin.

Gah, I’m so excited! I’ve wanted to read this ever since I read Jenny’s (Wondrous Reads) review so I grabbed it as soon as I spotted it had gone down on Kindle. This could be my read for the plane ride to NYC...