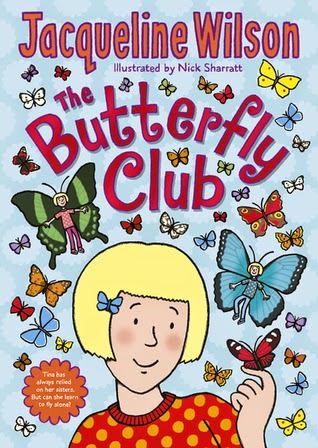 Tina is a triplet, but she’s always been the odd one out. Her sisters Phil and Maddie are better at just about everything. Luckily, they look after Tina wherever they go – but when the girls start in Miss Lovejoy’s class, they’re split up for the first time.

Tina is horrified when she’s paired up with angry bully Selma. But when Miss Lovejoy asks them to help her create a butterfly garden in the school playground, Tina discovers that she doesn’t always need her sisters – and that there’s a lot more to Selma than first meets the eye.

A beautiful, heartwarming story about friendship, confidence and being yourself, from the mega-bestselling author of The Story of Tracy Beaker, Hetty Feather and Sleepovers.

I worshipped Jacqueline Wilson when I was younger, but I haven’t read her in a very long time. I’ll make sure to pass this along to someone who will fall in love with her just like I did. Thank you RHCP! 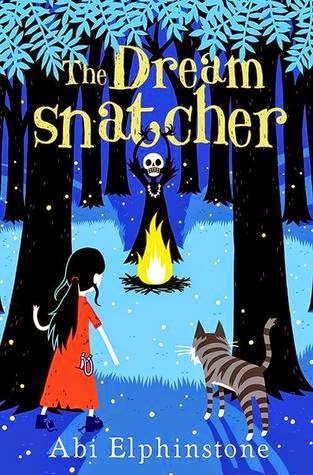 ‘There is a magic, old and true, that shadowed minds seek to undo...’

Moll Pecksniff wakes one night in the middle of the forest, lured there by s recurring nightmare – the one with the drums and the rattles and the masks. The Dreamsnatcher is waiting...

Because Moll is more important than she knows. The Oracle Bones foretold that she and Grff, a wildcat who’s always been by her side, are the only ones who can fight back against the Dreamsnatcher’s dark sorcery. Suddenly everything is at stake, and Moll finds herself drawn into a world of secrets, magic and adventure.

This sounds gorgeous and I’ve heard such wonderful things about it. Thanks S&S! 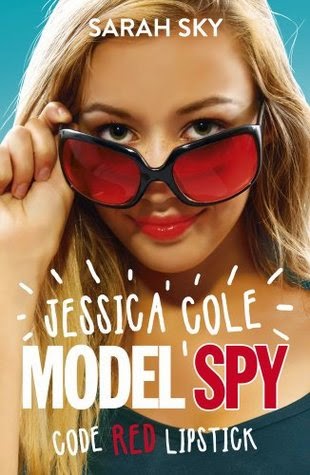 Models, spies and lipstick gadgets in this fast-paced new series. Jessica Cole is just your average teenager, except when she’s strutting down the glamorous catwalks of Paris. When her father, a former spy, vanishes mysteriously, Jessica takes matters into her own hands. She’s not just good at striking a pose, she’s going to take on MI6 and beat them at their own game. Following her father’s trail, Jessica’s investigation leaves her hot on the trail of a deranged former supermodel, Allegra Knight, who plans to unleash mayhem on an unsuspecting teenage population with the launch of her new miracle face cream, Teenosity.

Thanks to Scholastic via Faye for this! I’m on the blog tour for this so keep an eye out for a review on Thursday!