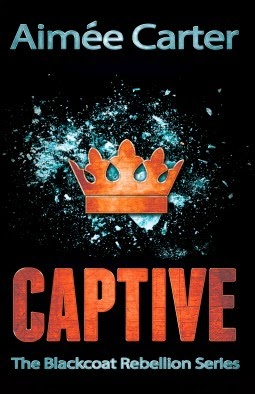 The truth can set her free.

For the past two months, Kitty Doe’s life has been a lie. Forced to impersonate Lila Hart, the Prime Minister’s niece, in a hostile meritocracy on the verge of a revolution, Kitty sees her frustration grow as her trust in her fake fiancé cracks, her real boyfriend is forbidden and the Blackcoat rebels she is secretly supporting keep her in the dark more than ever.

But in the midst of discovering her role in the Hart family may not be as conincidental as she thought, she’s accused of treason and is forced to face her greatest fear: Elsewhere. A prison where no one can escape.

As one shocking revelation leads to the next, Kitty learns the hard way that she can trust no one, not even the people she thought were on her side. With her back against the wall, Kitty wants to believe she’ll do whatever it takes to support the rebellion she believes in – but is she prepared to pay the ultimate price?

I really enjoyed the first book so looking forward to this. Thanks to NetGalley and MiraINK!

I Was Here, Gayle Forman (proof)

How well do you know your best friend?

I regret to inform you that I have had to take my own life. This decision has been a long time in the coming, and was mine alone to make. I know it will cause you pain, and for that I am sorry, but please know that I needed to end my own pain. This has nothing to do with you and everything to do with me. It’s not your fault.

A phenomenally moving story, I Was Here explores the sadly all-too-familiar issue of teen suicide and self-harm, addressing unspeakable pain with sensitivity and honesty.

I can literally smell the tears that are to come... Thanks S&S! 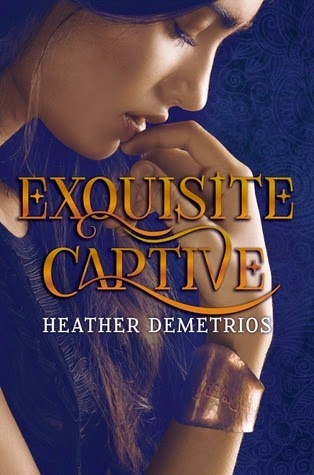 A jinni of tremendous ancient power and Empress to Arjinna, Nalia was sold into slavery on the dark caravan, where jinn are forced to grant wishes and obey their masters’ every command. She’d do anything to free herself of the golden shackles that bind her to Malek, her handsome, cruel master, and his lavish Hollywood lifestyle.

Enter Raif, the enigmatic leader of Arjinna’s revolution and Nalia’s sworn enemy. He promises to free Nalia so that she can returned to her ravaged homeland and free her imprisoned brother. But freedom comes at a heavy price and danger is everywhere.

In this gorgeous fantasy debut, Heather Demetrios brings to life a deliciously seductive world where a wish can be a curse and shadows are sometimes safer than light.

The Epic Reads ladies have been raving about how dark and sexy and magical this is so I decided to give it a try. I think it’s YA, but it could very easily not be!