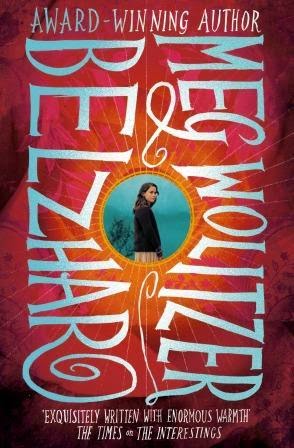 Other Titles by this Author: The Wife, The Position, The Ten-Year Nap, The Uncoupling, The Interestings

I was sent here because of a boy. His name was Reeve Maxfield, and I loved him and then he died, and almost a year passed and no one knew what to do with me.

A group of emotionally fragile, highly intelligent teenagers gather at a therapeutic boarding school where they are mysteriously picked for ‘Special Topics in English’. Here, they are tasked with studying Sylvia Plath’s The Bell Jar and keeping a journal.

Each time the teens write in their diaries they are transported to a miraculous other world called Belzhar, a world where they are no longer haunted by their trauma and grief – and each begins to tell their own story.

With the power and upbeat poignancy of Dead Poets’ Society, the lightness and warmth of John Green and the beauty and lyricism of The Bell Jar, Belzhar is set to be one of the most talked about YA novel of this year.

I had never heard of Belzhar until a proof came through my letter box a couple of months ago, but as soon as I realized its connection to The Bell Jar I packed it in my suitcase and took it on holiday with me.

This novel has an intriguing premise and I was eager to see how it played out and just what Belzhar is. The base on Sylvia Plath gives a good idea about what parts of this novel focus on: mental illness and writing. In the same way that Plath wrote her pains in Esther Greenwood and her poems, the students of Special Topics wrote their pain into a red leather journal issued t each student at the beginning of class. As the classmates put pen to paper for the first time and begin to tell their stories, they are taken to Belzhar.

The act of writing in their journal throws them into a world before the trauma that got them into Woodbarn, a boarding school for damaged teenagers. Belzhar is a place where the teenagers can re-live the time before their trauma. Jam is at Woodbarn following the death of Reeve, the boy who’s death she can’t move on from and in Belzhar he is alive and with her. We know very little about what happened to Reeve until the very end, when Jam is the last to reveal to her classmates what her Belzhar contains. The group become very close and share their experiences with Belzhar, fears and the stories of how they came to be there with each other. I love that each character’s story was drip fed, each different to the other, but all focusing on loss in some way or another.

With the mystery surrounding Reeve’s death and the portrayal of Jam’s relationship with him, both through flashback and Jam’s visits to Belzhar, I guessed it would be something major, but I couldn’t have guessed what actually happened. I was flabbergasted, and that’s not a word I whack out often. It turned the story on its head, and Jam’s character too. The vague thread of mental illness and the effect it has on teenagers was hammered home and I was completely speechless. Belzhar is an incredibly clever book and the ending was the icing on the cake.

Belzhar is unique, fascinating and brilliantly surprising. I highly recommend setting aside a few hours on a Sunday afternoon and devouring it whole; you won’t regret it in the slightest.