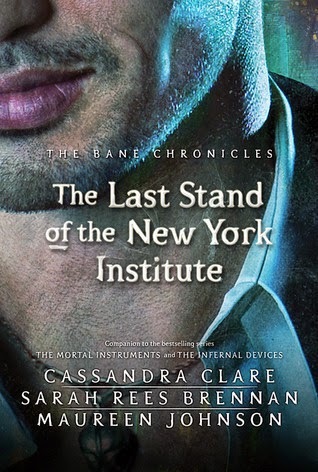 Synopsis
In the time of the Uprising, Valentine’s Circle goes after Downworlders in New York...and the Shadowhunters of the Institute must decide whether to join him, or fight with Magnus and his kind. This is the first time Magnus sees Jocelyn, Luke, and Stephen – but not the last. It is not long before Jocelyn seeks him out...

Mini-review
I’ve been stretching these out for a while, but it’s time to finish of The Bane Chronicles. Through the Mortal Instruments, we often hear about the Circle, young Valentine and the Uprising, but seeing it is very strange. Seeing Luke as Lucian Graymark, unfailingly and blindingly loyal to Valentine until the point of Valentine torturing a child was so wrong. Seeing descendents and predecessors of much-loved characters fighting for something so evil *shudder*

But there’s also a healthy dose of Tessa in The Last Stand of the New York Institute. Her friendship with Magnus seems a lot more real here and I loved that they were watching the Colin Firth Pride and Prejudice as it aired and waiting on Chinese. So normal. And then Jocelyn arrives with a two year old Clary. It was amazing how clearly her personality was coming through already: stubbornness, trust in good and a dangerous curiosity. It made me heart go all gooey.

Okay, and now I only have one left. Think I’m going to save it for a while, actually... 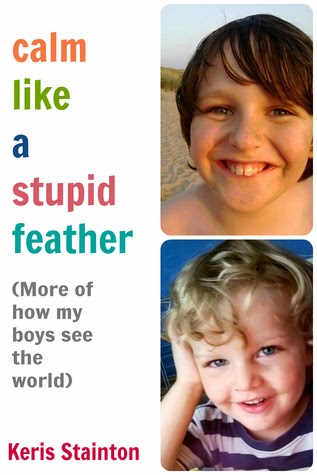 Synopsis
More of Harry and Joe’s weird* and hilarious comments and quotes.

Mini-review
Of the half an hour that it took me to read Calm as a Stupid Feather I spent at least 29.5 minutes of it crying with laughter. I sounded demented. And possibly like I was choking. I kept having to stop and read quotes to aloud to my sister but I couldn’t physically say them as I was laughing too much.

You should all have this on permanent standby for whenever you feel miserable - it'll sort you right out. 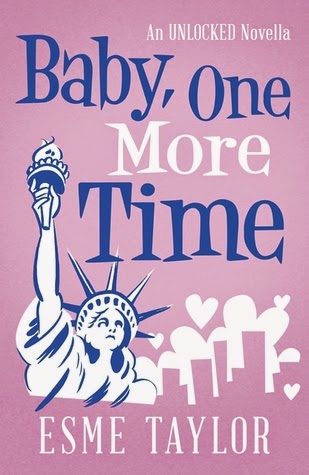 Synopsis
Cass has spent a long time trying to get over her first love Nick. But when they run into each other in the airport and end up on the same flight to New York, the chemistry between them is off the chart. But there is something Cass is holding back. Will Cass finally get revenge on the boy who broke her heart?

Mini-review
Esme Taylor’s love for New York is obvious and infectious. The way even the most banal of New York sights are a marvel and, God, I want to go. Baby, One More Time is sexy, fun and touching and I loved it. Also, did I mention how much it made me want to go to New York? Oh, I did? Well, I’ll tell you again: NEW YORK.