FROM PAGE TO SCREEN: Vampire Academy 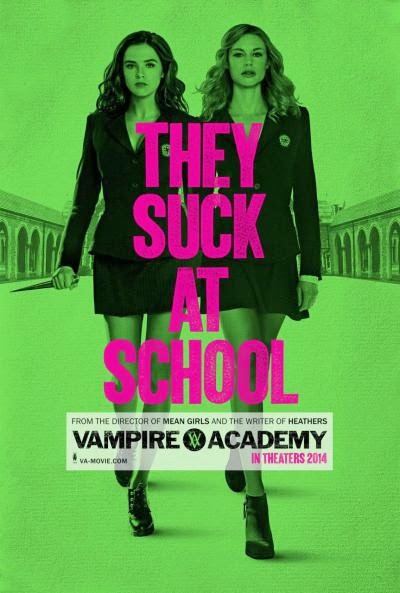 What’s it about?
Rose is half-human and half-vampire - a dhampir – a Guardian-to-be of the Moroi, protecting them from the attacks of the soulless, evil Strigoi vampires. Her best friend, Lissa, is a Moroi princess and as their school, St Vladimir’s, doesn’t always cut the mustard in protecting her, Rose has taken up the challenge. And a challenge it will be...

Does it hold up?
No. That’s the simple, straightforward answer. No, it doesn’t.

Vampire Academy went straight to DVD in the UK. The cinema release date was pushed further and further back until it disappeared and the DVD appeared on my Amazon feed. I had heard terrible things about the film after it debuted in the US, and to be honest, the trailer didn’t inspire me with confidence either. I’m glad I was prepared because seeing one of your favourite series with some of your favourite ever characters being portrayed clumsily and oozing with cheese is just plain sad. 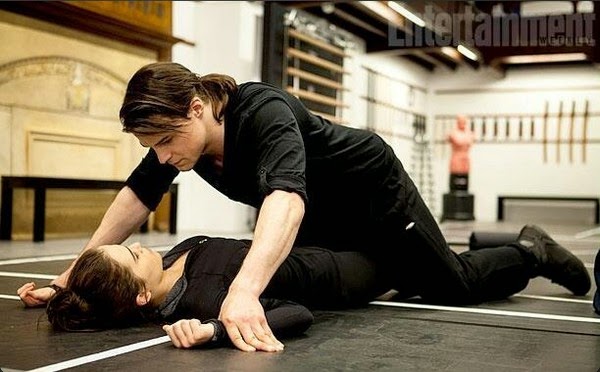 I have to admit that my first judgement on the movie was centred on Dimitri. Danila Kozlovsky isn’t Dimitri. For one, he looks a little too old, and second, even though he’s Russian, he doesn’t have a Russian accent! I didn’t buy into the chemistry between him and Rose either; possibly the strongest thread in the entire series of books. Because Dimitri looked such a lot older than Rose and his position of authority emphasised when getting Rose out of trouble, his use of the usually swoon-worthy ‘Rosa’; it all felt a little wrong. Creepy, even. The Dimitri/Rose ship is one of my all time favourites and although I wasn’t expecting that much from the adaptation, I wasn’t expecting my ship so sink so thoroughly.

The only characters I thought were well cast were Lissa and Christian. Flighty, willowy Lissa with very little knowledge of the world and biting, dark Christian made a really good couple and I think they way they complemented each other. There was a fairly nice spark between them too. With Christian and Lissa comes Moroi magic, fire and spirit respectively. I have to admit that I was surprised about the CGI for the first few issues with fire – it looked old. It’s a strange experience to see CGI that doesn’t look completely natural and an effortless part of the film; it’s strange to notice it at all now. And then came the fight scenes all slow-moed and it made it look cheesy and amateur. 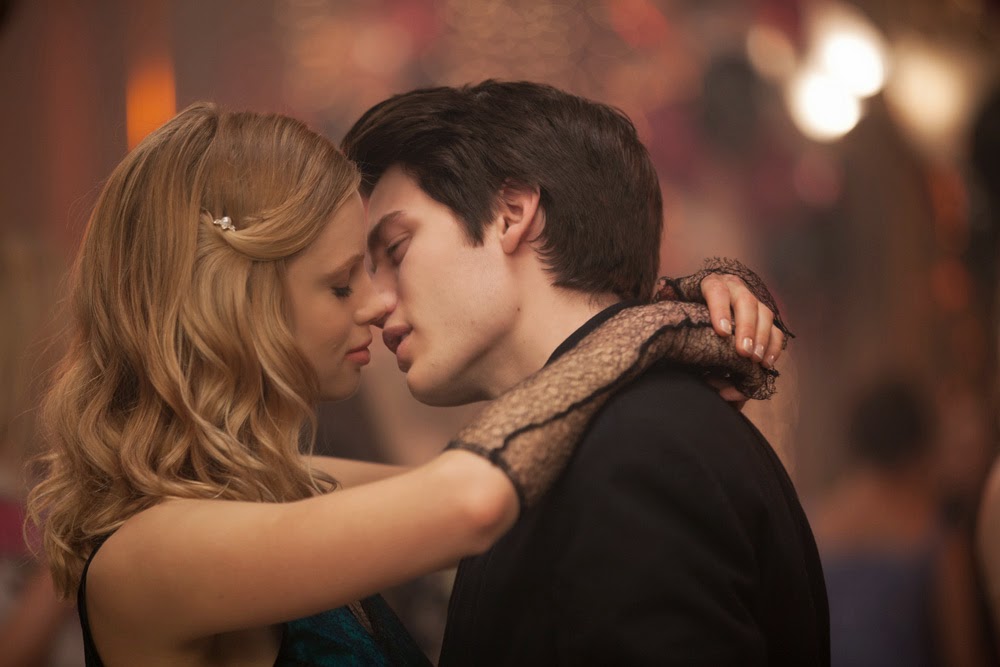 Thankfully, as I continued to watch Vampire Academy I started to become amused by how awful everything was. The one-liners and Rose’s commentary when inside Lissa’s head actually made me chuckle aloud a few times. It was a do or die moment, I feel. And I wanted to love it so badly that I tried and tried and tried and I eventually found the humour in it. That was enough to get me through. And to be honest, every now and again there were some really brilliant lines – usually from Rose or Christian (totally expected if you’ve read the books!).

An adaptation is usually a complement to a book, an add-on for fans and a way to draw in people who wouldn’t lend six hours to that story but don’t mind two; Vampire Academy failed on all counts. No one watching that film would go pick up the books, it doesn’t shed a new light or perspective on anything and, in fact, I think it could have had a slightly adverse effect on the novels if it had been more widely known about. Though the movie was left open-ended and ready for Frostbite, I very much doubt it will happen. And I’m grateful for that. I can push this adaptation to the back of my mind and remember what it was about these books that I fell in love with: Rose, Dimitri, the mythology, the world, the humour, the one-liners.

Book or film?
Bit of a no-brainer, this one. The books a million times over. If you’re thinking of watching this, make sure you’ve experienced the book first. I’d hate for you to be put off of a wonderful series.